Adderall Detox: What Timelines Should You Expect?

Adderall is a stimulant medication that is used to treat attention-deficit hyperactivity disorder (ADHD) and narcolepsy. The medication is comprised of a combination of amphetamine and dextroamphetamine.

It is also a drug with a high potential for abuse, and it is a Schedule II drug, according to the U.S. Drug Enforcement Agency. The medication can cause the development of tolerance in many individuals, leading them to seek more and more of the drug to get relief. This tolerance can lead to dependency and then addiction if those prescribed the medication are not careful to monitor their use and symptoms.

Adderall detox takes roughly two weeks, though some symptoms of withdrawal can persist for up to a year. It’s always essential to get medical supervision for the detox process.

Adderall is used recreationally. Some people with prescriptions sell their pills on the black market to others who use the drug for its stimulating and euphoric effects.

The National Institute on Drug Abuse (NIDA) reports that prescription misuse of stimulants, such as Adderall, affected 1 million people in 2017, according to their national survey. NIDA also reports that about 6 percent of high school seniors have abused Adderall.

Adderall abuse is common on college campuses and in other academic settings, as its stimulating effects are considered to boost academic performance by increasing the ability of students to focus while studying.

One study from BMC Medical Ethics found that many students began taking stimulants for recreational use before using the drugs as academic performance enhancers. The most common reasons that people gave for using stimulants were to maximize time efficiency, increase motivation, and improve memory functioning.

Another study found that nonmedical use of Adderall is up 67 percent and related emergency room visits are up 156 percent.

Adderall comes with a risk of dependency and abuse, and when you stop taking the drug, you may experience symptoms of withdrawal. Withdrawal happens when your body has become dependent on a substance and abruptly stopping use can cause distressful symptoms. 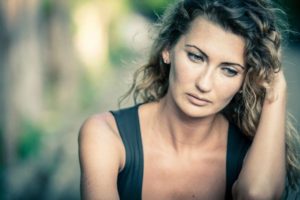 Adderall boosts the levels of dopamine in your brain. When you stop taking the drug, especially if you stop taking it abruptly, your dopamine levels drop, and you may experience withdrawal symptoms. Dopamine boosts your focus and attention, which is why is it a key brain chemical in play when treating ADHD and narcolepsy.


People Who Are Dependent on Adderall May Experience the Following Symptoms of Withdrawal:


The Timeline of Adderall Withdrawal

Adderall has a half-life of nine to 14 hours. The half-life of the drug is the measurement of when half the medication is detectable in your bloodstream. This factor helps to indicate how long it takes before a medication is fully out of your system.

Withdrawal symptoms typically show up within a day or two after a person stops taking the drug. The symptoms can last from a few days to several weeks.

Although individuals may experience differences in the withdrawal process, in general, the timeline for withdrawal from Adderall looks like this:

The most intense symptoms of withdrawal will be present during this time, including cravings for the drug, insomnia, and fatigue. These symptoms appear as the drug leaves the body.

This is the time when many people relapse and begin to use again, particularly if they do not have support from professionals who can help them manage withdrawal symptoms.

Intense symptoms will begin to diminish during this time. Those with the most severe symptoms should see a reduction in cravings and distressful symptoms within this timeframe.

It is normal for there to be some variations in the symptoms from day to day. Even if you have a good day with relatively few symptoms, you could still have a difficult day that follows, where your cravings reappear, or you struggle with fatigue and insomnia.

During this vulnerable time of early recovery, it’s essential that people have a strong support system in place. They should also continue to participate in treatment-related activities during this time.

There are no specific detox protocols for Adderall withdrawal, but the same protocols that are used for cocaine or other stimulant withdrawalare used. Those who are working with their doctor to stop the medication may step down their dosages gradually to prevent or minimize withdrawal symptoms.

Treatment centers that provide medically supervised detox can treat the symptoms of withdrawal, such as insomnia and depression, and monitor the detox process to ensure safety. Because dopamine levels may be dropping at this time, your doctor may recommend an antidepressant as a means of normalizing brain chemistry as you adjust to being without the drug. This could ease the transition.

Some people can manage the withdrawal symptoms from Adderall on their own, but if you are experiencing depression or thoughts of self-harm, you should seek out a doctor’s care immediately. If you have been abusing Adderall, you need addiction therapy.


What to Look for in a Detox Center

Many considerations need to be addressed when seeking treatment for substance dependency. While some detox facilities focus strictly on the withdrawal process, other treatment centers have more offerings, including comprehensive therapy after detox is complete.

For long-term recovery from substance addiction, people need more than just a medically supervised detox. Withdrawal is an essential part of the recovery process, but it doesn’t address the issues that contributed to substance abuse. Without addressing those problems and devising solutions, relapse is inevitable.

The most important consideration when choosing a detox center is that it is staffed by professionals who understand addiction and can provide a safe, medically appropriate protocol for withdrawal from any substance of abuse. A good treatment center will assess each client’s needs by looking at their history of substance abuse and any medical conditions that could be affected by the withdrawal.

Many people become addicted to substances because they were seeking treatment for other conditions. They received medication to treat those conditions and then started abusing them. Therefore, the underlying conditions, such as ADHD, that led an individual to seek treatment in the first place must be addressed in the treatment plan. If they aren’t, that disorder will continue to cause problems and trigger potential drug misuse.