Mental health issues are a growing problem among people of all ages and demographics. As we progress in our understanding and treatment of mental health disorders, more people are finally receiving proper diagnoses and getting the help that they need. While the stigma behind mental health disorders is still alive in some instances, these types of disorders are starting to be taken far more seriously by society.

One particular facet of mental health that still isn’t understood very well; however, is addiction.

Addiction, or a substance use disorder (SUD), is a mental health disorder affecting millions in the United States and worldwide. It causes severe physical, emotional, and financial effects on the person and their loved ones.

What determines if someone has a substance use issue? Many different prescription medications can cause an individual to become physically dependent on the medication and build a natural tolerance to it. Deciphering whether or not someone is struggling with an addiction or has a dependence is important.

Learn more about addiction versus dependence and how to get help for both.

Many people who use or abuse drugs often find themselves questioning, “Am I addicted?” This can be more difficult to answer than it may appear. There are many people who use substances, whether illicit or prescription, who are not necessarily addicted.

Addiction, known in the medical community as a substance use disorder (SUD), is recognized as an official disease by the Diagnostic and Statistical Manual of Mental Disorders (DSM). Many people still struggle with the concept that addiction is a very real disease and not just an indicator of a lack of morality.

With this in mind, the DSM-V has made a list of various symptoms that must be present to make an official diagnosis among patients. If the criteria set forth by the DSM-V is observed by a medical professional, they can provide the patient with the diagnosis, and subsequently begin treating the disorder.

According to the American Society of Addiction Medicine, the definition of addiction as used by medical professionals is as follows: “ A primary, chronic disease of brain reward, motivation, memory, and related circuitry. Dysfunction in these circuits leads to characteristic biological, psychological, social, and spiritual manifestations. This is reflected in an individual pathologically pursuing reward and/or relief by substance use and other behaviors.”

The DSM-V requires the patient to have certain observable traits and behaviors present to be given the diagnosis.

The correct use of the term dependence is referring to the body’s adaptation to the presence of drugs or alcohol in the system. With prolonged use of certain substances, even if prescription medication is taken correctly each time, the internal chemistry of the human body changes.

With the presence of the drugs in the system, the brain may alter its normal functions to operate in tandem with drugs or alcohol. This means an individual will develop a tolerance and physical dependence on the drug, so when use is stopped, the person may encounter withdrawals.

Over time with prolonged use, patients taking certain prescription medications may need to increase their dose for the medication to work effectively.

The same premise can be applied to illicit drugs as well.

For example, in the beginning, an individual may only need a single dose of heroin to achieve a high. However, throughout the course of using, by the end, they may require multiple doses to feel the same result.

Drug tolerance and dependence are both based on chemistry and the intricate inner workings of the human body.

It is important to note that there is a difference between types of dependence.

Physical dependence stems from the body-altering its chemistry in the presence of drugs in the system. Mental dependence, also referred to as a psychological dependence, on drugs and/or alcohol is entirely different.

Mental dependence directly implicates the thoughts and feelings of the individual. For example, a person may believe that, in order to participate in social events, they need to drink alcohol. It is not a physical need to function well.

People who are psychologically dependent on a substance make it the focal point of their lives and cannot simply take a medication to help with the withdrawal symptoms. They need to undergo therapeutic treatment to break their mental dependence.

Anatomy Behind Addiction and Dependence

In the comparison and contrast of addiction versus dependence, there is also some biology involved. When differentiating between the two, there is a key difference in the impact of having an addiction or dependence has on the brain.

Addiction And The Brain

There are different areas of the brain associated with addiction versus dependence to a substance.

Since the flooding of dopamine to the brain is directly associated with developing an addiction, this is the area of the brain responsible for substance use disorders. 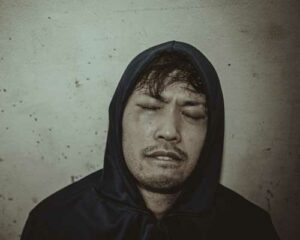 There is also an additional dopamine pathway included called the mesocortical pathway, which travels from the VTA to the cerebral cortex.

Dependence And The Brain

Dependence, on the other hand, is directly linked to different areas of the brain than the reward pathway. Dependence involves the thalamus and brainstem. These areas are responsible for generating the withdrawal symptoms encountered by people with physical dependence on a drug whenever they stop usage. In the case of opioid dependence, symptoms manifest when the opiate receptors on both the thalamus and brainstem are refused opioids.

Due to the difference in areas of the brain affected by addiction or dependency, a person can be dependent on a drug without necessarily having an addiction to it. This is the case for many people who are prescribed certain medications, such as prescription painkillers.

The body will develop a dependence on the medication, due to biology, after it’s taken for a long time, or when the medication is never abused and proper dosage is taken every time.

This does not mean that the person has an addiction to the prescribed drug. However, it is important to understand that people may possess both an addiction and dependence, and differentiating between the two is important.

Not all psychoactive substances cause the same effect when it comes to dependence and addiction potential. Some drugs are very addictive and can cause dependence after a few uses. Others aren’t known to cause chemical dependence at all. This is how each of the major drug categories may or may not lead to addiction.

Opioids are among the most addictive classes of drugs, though different opioids have different levels of potency. However, opioid use disorders affect an estimated two million Americans and 15 million people worldwide. Opioids can cause both dependence and addiction with high doses, frequent use, and abuse.

Opioids bind to natural opioid receptors in the brain that would usually bind with your own endorphins. Opioids are more potent than endorphins, causing you to feel warmth, euphoria, and sedation.

Your brain can adapt to the drug, causing dependence and withdrawal if you try to quit. Because opioids mimic endorphins and affect dopamine, your reward system takes notice. Once your reward system starts to treat opioid use like it’s a normal healthy activity, it can cause powerful compulsions to use drugs that are difficult to control.

The central nervous system depressants like alcohol, benzodiazepines, and prescription sleep aids can also cause both dependence and addiction. Depressants work in the brain to slow down your nervous system, decreasing excitability. This can cause deep relaxation and sedation. Your brain can respond to heavy depressant use by adapting to the drug and incorporating it into normal brain functions, causing dependence. Depressants also cause a release of endorphins and dopamine that your reward center can pick up on after frequent use.

Nervous system stimulants are the chemical opposite of depressants, but they may be equally addictive. Stimulants include the most common addictive substances in the world, including nicotine and caffeine, as well as, cocaine, amphetamines, and methamphetamines.

While some are more likely to cause dependence but not severe substance use disorders, such as caffeine or nicotine, both substances can create dependence and addiction if used in excess. Stimulants often affect serotonin and dopamine. Some increase dopamine production, others cause natural dopamine to build up in your system, and some do both. This can cause a euphoric rush of energy that can lead to addiction.

Marijuana is a psychoactive substance that’s difficult to pin down in terms of category. It can cause both stimulating, depressing, and even psychedelic effects depending on the strain, dose, and the individual that’s taking it. For that reason, it’s often placed in a category of its own.

The drug is not known to cause severe dependence or addiction. Some studies have shown that marijuana can potentially cause some mild tolerance and withdrawal symptoms, while others say it only occurs with very heavy doses. Psychological addiction is more likely.

Psychological attachments trigger withdrawal symptoms even though there is no chemical cause. However, this is extremely mild compared to chemical dependence and addiction.

Though psychedelics like LSD, DMT, and mushrooms can cause powerful psychotropic effects, they aren’t known to cause dependence, addiction, or even a physically dangerous overdose. Psychedelics may cause some serious psychological dangers, especially in high doses, they aren’t associated with a significant dependence liability.

As mentioned earlier, there are certain diagnostic criteria set by the DSM-V to assist practitioners in making an official diagnosis of a substance use disorder. However, despite these diagnostic criteria, there are different ways to identify addiction in yourself or others if you don’t have a medical degree.

There are certain tell-tale signs that someone may be struggling with an addiction to drugs and/or alcohol. If you or a loved one is experiencing any of these symptoms in any degree, take them as red flags and make the trip to your local medical professional and pursue an official diagnosis.

Some of the signs of an addiction to drugs and/or alcohol are:

It’s important to recognize these signs and symptoms before it’s too late. Addiction, also called a SUD, is a chronic and progressive disorder that can ultimately result in death in the most serious cases. It is crucial to get good addiction treatment services to improve the quality of life for the affected person.

There are different types of addiction treatment which have become available over the past several decades. Each one has unique qualities and traits that may be effective in treating your substance use disorder.