Methadone is an opioid agonist that binds to the opioid receptors in the brain for at least 24 hours. This effect led methadone to becoming the leading approach to opioid addiction treatment in the United States in the 1970s and 1980s. More recently, it also has been added to the list of inexpensive prescription narcotic painkillers in various states around the nation.

Unfortunately, because methadone is a full opioid agonist, unlike some other treatments for opioid abuse and addiction, it has been abused to get high. Wider use of this substance as a prescription painkiller also means more people are at risk of abusing the drug, although it is an effective and long-lasting painkiller when taken as prescribed.

How Methadone is Used in Medical Treatment

Methadone is most often associated with methadone clinics, which help people struggling with long-lasting, high-dose heroin abuse. The drug also has been used to help people detox from other forms of opioid addiction, but it works best for people who have struggled with opioid addiction for a long time and have tried to quit repeatedly.

A person interested in methadone treatment should be referred by an addiction specialist or clinician who has diagnosed them with opioid use disorder. The person then signs up at a specific methadone clinic where professionals will dispense the medication in specific doses, monitor withdrawalsymptoms, and taper the dose slowly over several weeks or even months.

It is recommended that people who receive opioid detox treatment involving methadone remain in the program for at least one year (12 months). Some individuals may require stabilization and monitoring for years to avoid relapse.

While buprenorphine is becoming the primary approach to stabilizing and detoxing those struggling with opioid addiction, methadone is still an important component of opioid detox. As it is becoming less popular for tapering and detox, it is being applied to other uses. The drug remains in the body for 24 hours to 36 hours on average, making it a good approach to treating some types of chronic pain, although it appears to work better for managing withdrawal symptoms, as the drug’s painkilling effects do not last as long as its metabolites do.

Because methadone is inexpensive and long-lasting, it is increasingly being used as a treatment for pain. According to the Drug Enforcement Administration (DEA), the number of prescriptions filled for methadone in the U.S. was about 3.9 million in 2013. Licensed pharmacies can dispense methadone by prescription when a doctor prescribes it for pain. Unfortunately, as more methadone is prescribed for pain management, it is more likely to become a substance of abuse, which is reflected in the increased rate of methadone-involved overdoses.

In December 2006, the U.S. Food and Drug Administration (FDA) advised health care professionals that, because methadone is a long-lasting opioid, it can suppress breathing and heartbeat for hours after the primary analgesic effects wear off. For people who take methadone to manage their pain, using other pain relievers to treat breakthrough pain can be tricky and dangerous. In response to the FDA’s recommendation, between 2007 and 2014, the methadone overdose rate declined, but it is still very high, especially among lower-income individuals who receive health care through Medicaid; about 0.85 percent of people who receive commercial insurance were prescribed methadone to manage their pain, and 1.1 percent of Medicaid enrollees received a prescription for methadone.

According to the U.S. Centers for Disease Control and Prevention (CDC), methadone was involved in one out of every three prescription painkiller deaths in 2009, and even several years later, in 2017, the agency reported that methadone was one of the top three most common drugs involved in opioid overdoses. Part of the reason it is involved in so many overdoses is that its pain-killing effects do not last very long, even though the drug binds to the brain for a full day or two. This may lead people who use it as a prescription painkiller to take another dose much too soon.

People who use methadone to taper off abuse of other opioids have also, for decades, struggled with relapse. They may then abuse shorter-acting opioids on top of the methadone already in their system.

Although methadone is often related to opioid addiction, overdose, and death, it is also one of the most thoroughly studied drugs in modern medicine. The chemical structure of this long-acting opioid drug was first synthesized in the 1930s in the search for a painkiller that would not be as addictive as morphine or heroin.

The chemical was originally German, but after World War II, the United States acquired the substance from the Germans and named it methadone. It was officially introduced as a painkiller in the U.S. in 1947. By the 1950s, though, it was being applied to opioid withdrawal treatment. In 1964, researchers reported that continuous, daily doses of methadone as a maintenance medication stabilized people who were working to overcome their addiction to heroin or other opioids by dramatically reducing cravings and physical discomfort associated with the opioid withdrawal process. 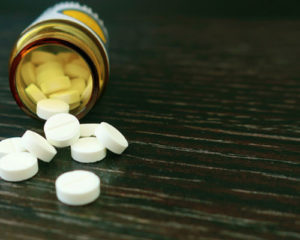 Although methadone was placed in Schedule II after the Controlled Substances Act (CSA) passed in 1970, methadone detox treatment programs expanded in the U.S. in 1971. Federal guidelines for the prescription and distribution of the drug were completed in 1972. These were not adjusted until 2001, as the opioid addiction and overdose epidemic was beginning to become apparent.

According to the 2012 National Survey on Drug Use and Health (NSDUH), almost 2.5 million people, age 12 and older, in the U.S. reported they used methadone at least once for nonmedical purposes. This was an increase from 2.10 million people in the previous survey year, 2011. There also were 51 reports of methadone-related death, according to poison control centers around the country. Between 1999 and 2017, there were almost 3,300 overdose deaths involving methadone.

Abuse and Side Effects

Although side effects can occur when methadone is taken as directed – either to reduce withdrawal symptoms or as a painkiller – serious side effects are more likely to occur and go untreated in people who do not have a physician’s oversight for their methadone use. Common, short-term side effects include:

On a long-term basis, abusing methadone can cause serious harm to the body, usually because of slow, shallow, or irregular respiration, which can lead to slow oxygen deprivation. Without enough oxygen, most organ systems in the body will become damaged, including the kidneys, heart, and brain. Methadone reportedly has caused serious heart rhythm disruptions, and when the drug is mixed with other central nervous system (CNS) depressants – like alcohol, benzodiazepines, insomnia treatments, other painkillers, or tranquilizers – it can quickly lead to an overdose.

Other long-term risks of taking methadone, especially without sufficient physician oversight, include physical dependence, tolerance, increased abuse, compulsive behaviors, and addiction. The CDC notes there is very little difference between appropriate prescription doses of methadone, especially when it is used as a painkiller, and dangerous amounts of the drug. This greatly increases the risk of overdose on the substance, particularly in people who are otherwise opioid naïve.

Overdosing on Methadone is Dangerously Easy

People who have struggled with opioid addiction may begin to abuse methadone if they relapse during detox. More often, people who receive methadone as a pain management treatment and are opioid naïve otherwise, may accidentally take too much methadone or begin to abuse the drug to get high. The risk of overdosing on methadone is very high–not because it is potent, like fentanyl, but because the drug is active in the body for up to 36 hours. Taking additional CNS depressants during this time, whether they are opioids or not, greatly increases the risk of overdose.

Signs of an overdose on methadone include:

Like other types of opioid overdose, the leading cause of death from overdosing on methadone is due to oxygen deprivation from breathing problems, or stopped breathing. Without medical help, the body will begin to shut down and eventually die. This takes minutes.

It is very important to call 911 if you see someone suffering an overdose regardless of the drug. They need emergency medical attention to survive, which may include several doses of the opioid overdose-reversing drug naloxone and other medical interventions. Stay with the person until help arrives.

The Length of Withdrawal

When methadone is used as a maintenance medication during opioid detox, it has a 60 percent to 90 percent success rate. Replacing opioids with methadone and slowly tapering the dose over months helps people overcome opioid dependence without suffering, which means they can focus on behavioral therapy and the recovery process.

When methadone is abused, it can be tough to know what the best approach to treatment is. There are uncomfortable withdrawal symptomswhen quitting methadone suddenly, although they take longer to appear than they do with other opioids, and they may last for much longer.

The first phase of methadone withdrawal includes common symptoms, such as:

The second phase of withdrawal may have more intense symptoms, which include:

Trying to quit any addictive substance, including methadone, without help likely will lead to relapse, which can cause an overdose. It is highly important to work with clinicians who are trained in opioid detox and rehabilitation because quitting alone can lead to death.

When you enter medically supervised detox for methadone abuse, you may receive buprenorphine as a maintenance medication, or the clinician may decide to work with you on methadone tapering. The tapering process is a crucial aspect of treating opioid addiction because the body becomes used to the presence of potent or long-lasting drugs like methadone, and quitting suddenly means the brain will have difficulty finding equilibrium.

During medication-assisted treatment (MAT), you may enter an opioid-specific rehabilitation program, which will give you access to group and individual counseling to change behaviors around drugs and alcohol. Behavioral counseling is one of the most important aspects of long-term recovery. The process helps you learn about triggers for drug cravings and how to better cope with them so you can stay sober and healthy.