Addiction is a serious problem in the northeastern United States. The rise in opioids as available drugs of abuse has led to a spike in addiction and overdose rates. Meanwhile, other drugs like cocaine, amphetamines, and alcohol continue to be a significant problem.

The opioid crisis has significantly affected New Jersey, so access to drug rehab is an important way to combat addiction in the state. Learn about how addiction is a serious public health problem in New Jersey and how treatment can help.

There were 67,367 overdose deaths in the United States in 2018, which is slightly lower than the year before. Opioids were involved in nearly 70 percent of all overdose deaths; however, that percentage is higher in New Jersey. In the state, there were 2,900 overdose deaths, and nearly 90 percent involved opioids.

Many opioid-involved deaths may involve more than one drug. Opioids like heroin often have the powerful synthetic opioid fentanyl mixed in. Fentanyl can be fatal in a 2 mg (milligram) dose for the average person. When it’s mixed into heroin, users may take a large dose of fentanyl without knowing it.

Alcohol is the most commonly abused drug in the United States, and it leads to around 88,000 deaths per year, per the National Institute on Alcohol Abuse and Alcoholism. The prevalence of alcohol abuse may worsen New Jersey’s opioid problem. Drinking alcohol with an opioid can increase the risk of experiencing respiratory depression, which can lead to a fatal overdose. 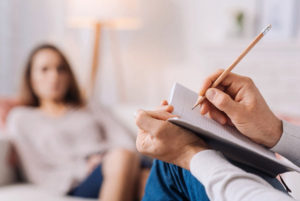 When it comes to opioids, heroin was the most common drug of abuse among people who sought addiction treatment in New Jersey in 2017, accounting for 45 percent of admissions. Other opioids like prescription pain relievers are also common. Fentanyl is also commonly mixed into other drugs, and it is present in many overdose deaths.

Cocaine and marijuana use was also common among people who sought addiction treatment. Benzodiazepines are another prescription drug that can be abused. Like alcohol, they are depressants that can be deadly when mixed with opioids.

Alcohol and drug addiction are diagnosed as substance use disorders. Addiction is a chronic and progressive disease that affects the reward center of the brain. Though there is no known cure for addiction, it can be treated effectively with drug rehab services.