Opioids are widely known drugs that help people manage moderate-to-strong pain, either on a short- or long-term basis. These medicines are beneficial to those who live with chronic pain, or who have recently undergone surgery, and are classified as prescription opioids.

Heroin is an illicit opioid that is cheaper to obtain than a prescription opioid, such as OxyContin. Fentanyl produced in nefarious foreign labs can be added to heroin or another opioid to “stretch” the drug dealer’s inventory of the opioids sold. Fentanyl is 50 to 100 times stronger than heroin. The most miniscule amount of it combined with another drug can be fatal.

People who use either prescription or illicit opioids may find it does not take long to become tolerant of the drug and that the need to take a higher amount to feel the same effects is urgent.  When this occurs, the individual has opioid addiction or opioid use disorder.

Opioid use disorder is a national, state, and citywide public health issue. Opioid-related overdose deaths are recorded from the far northwest to the Southernmost Point and include New York City, where almost 3,000 people died from overdose in 2018.

Opioid addiction is rampant in the New York City area, and the information below explains why and where to find help to stop using opioids for reasons not associated with a diagnosed medical condition.

New York City, known worldwide as “The Big Apple,” is a major international city with a very active port at the New York Harbor. Illicit and prescription opioids may enter this port and be distributed throughout the metropolitan area.

The U.S. Drug Enforcement Administration’s (DEA) 2018 Drug Threat Assessment identified New York City as one of the major cities of entry for cocaine in 2018. Heroin is another illegal opioid that ranked high on the DEA’s list, followed by illegally-made fentanyl. In fact, the largest fentanyl seizure occurred in the Queens Borough of New York City, in 2017, where 66 kilograms of it were seized in one apartment.

Cocaine, heroin, fentanyl, hydrocodone, and oxycodone were also the top opioids trafficked in the state and New York City. Cocaine is listed as the second leading cause of overdose deaths in the city, and 37 percent of cocaine-involved overdose fatalities included fentanyl.

New York City’s substance use statistics may be alarming to some people, but they are real.

According to the city’s drug abuse data:

The National Institute on Drug Abuse reports that overdose deaths involving synthetic opioids, other than methadone, remained steady in 2018.

Opioids, whether prescription or illicit, can cause addiction or be fatal. Fortunately, opioid treatment in New York City is within reach.

Opioid withdrawal is not known to be life-threatening. It can be very uncomfortable, though. Some withdrawal symptoms may feel more like the flu, such as nausea, vomiting, and diarrhea. When going through withdrawal, some people may experience more sweating than usual, a higher temperature, and dehydration. Dehydration can be deadly if not mitigated with fluids regularly.

Medical detoxification is usually the first step in opioid treatment. Medical professionals oversee the detox process, which can be the most difficult state of opioid treatment to overcome.

More intense symptoms could be experienced within 72 hours after the last dose, such as:

It is common for some individuals to relapse during this time. Some people may use the same dose or a higher dose of opioids to feel the same effects as before. This can lead to an unintentional overdose.

After detox, the individual will meet with addiction specialists to create an opioid treatment plan that addresses the specific physical, psychological, and social needs of the patient. Opioid treatment at Summit Behavioral Health is focused on each person individually.

Opioid treatment in New York City may include inpatient or outpatient therapy.  Evidence-based treatment (EBT) options teach people how to live without taking drugs. How long and how many drugs a person has taken determine the course of treatment. 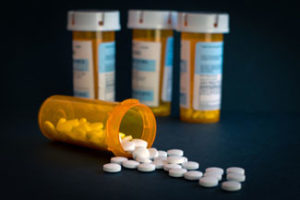 Summit Behavioral Health, located near New York City, is an accredited substance use center. It provides opioid treatment for people who wish to stop using opioids. Family programs are offered to include all those affected by addiction.