The Side Effects of Opioids: What to Expect

Common opioid side effects include constipation, sedation, nausea, and sleepiness.

Opioids are among the most commonly abused drugs in the U.S. According to health officials, these drugs cause more than 130 overdose deaths per day.

When someone uses an opioid, certain effects happen right away while others may occur with long-term abuse. The potential effects may also differ with the type of opioid a person is using.

How Opioids Work in the Body

Opioids include prescription medications, such as Percocet and Vicodin, and illicit drugs such as heroin. Prescription opioids are given for moderate-to-severe pain. There is no accepted medical use for heroin.

Opioid receptors are on nerve cells throughout the body. When a person takes an opioid, these receptors are activated. This causes the effects that people get from these drugs, such as euphoria, pain relief, and drowsiness.

The opioid receptors that these drugs attach to are located in the brain, gut, spinal cord, and other parts of the body. This action results in the blocking of pain messages that are sent to the brain and spinal cord.

A research team discovered that these drugs also act on cell components called the Golgi outposts and Golgi apparatus. This action may explain why people sometimes experience undesirable side effects with these drugs, such as nausea.

Even with a single dose, it is possible for people to experience side effects. The following are common side effects with all opioids:

It is possible to overdose even with first-time use. The following are symptoms of opioid overdose:

Another common short-term side effect of opioid use is itchy skin that is not caused by an allergic reaction. It is rare for opioids to cause an anaphylactic reaction. When someone experiences itching due to taking opioids, it is called a pseudoallergic reaction. Unlike actual allergies, this does not occur due to an antibody response.

A 2011 study looked at why people experience itchy skin with opioids. The study determined that these drugs activate “itch-specific” receptors in the spinal cord. The degree of itchiness varies, but it can be quite intense for some people. It may be just around the nose, or it can affect other parts of the body.

Symptoms of endocarditis are:

Because of the epidemic of opioid abuse in the U.S., rates of MRSA-related endocarditis are rising. The most common type is right-sided endocarditis. In about 60 percent of cases, the tricuspid valve is affected.

Heroin is an illicit opioid. Prescribed opioids that doctors give for pain may also be abused. These include:

People may take these drugs orally, via injection into a vein, or by breaking them into a fine powder and snorting them.

No misuse or abuse of an opioid is safe. Even if the medicine was prescribed, using it outside of the instructions can result in undesirable side effects, overdose, dependence, and addiction.

Fentanyl is among the most potent of these drugs. Even in tiny amounts, there is a risk of overdose. Fentanyl is up to 100 times stronger than morphine.

Fentanyl is the opioid most likely to cause overdose with a very small dose. With fentanyl, taking just 0.25 mg is enough to cause a fatal overdose for some people.

The general effects of the different opioids are largely the same. People abuse them to experience the relaxation and euphoria they induce. They all also carry a risk of overdose.

Can the Effects of Opioid Use Be Reversed?

Many of the short-term effects of opioids can be reversed by simply stopping use. Consult a physician before stopping the use of opioids after a period of sustained use. Stopping use suddenly can trigger withdrawal, which can be dangerous. 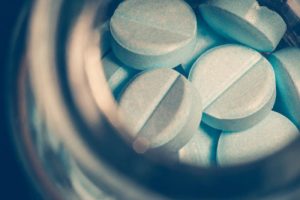 The reversal of long-term effects will depend on the extent of damage to the body.

In many cases, opioid overdose can be reversed if treatment is given immediately. A drug called naloxone can reverse the effects of opioid overdose temporarily. Quick administration of this drug can help a person to breathe more normally, reversing respiratory depression.

For some, trying opioids may be a choice induced by peer pressure, but for others experiencing chronic pain, opioid therapy is the only way to manage pain in their lives.

While we often discuss the ramifications of opioid abuse, many people fail to understand that millions of Americans take opioid medication to manage their symptoms and live a healthy life.

Unfortunately, there has been an increasing number of deaths due to opioid overdose among those prescribed long-term opioid therapy.

Even when used as prescribed, opioid therapy can adversely affect gastrointestinal, respiratory, cardiovascular, musculoskeletal, immune, endocrine, and central nervous systems. Opioid medication is hard on the body, and unfortunately, many are unaware of the extent of the effects on their body.

When taking opioids, the higher the daily dose, the higher the risk of overdose, which can also lead to other significant issues. Some of these include addiction, fractures, intestinal blockages, and sedation. Other adverse effects can consist of car accidents. While the medication clearly indicates not to use while operating heavy machinery, many who use these daily will ignore this advice.

If you must take opioids for chronic pain or long-term use, it’s imperative that you are familiar with the effects of opioids, and have an open dialogue with your physician. You must weigh the full spectrum of medical risks against a realistic assessment of observed benefits. While for some, they can use the medication and avoid the problems associated with opioid use, but others may need to seek alternative therapy.