Can You Overdose on Suboxone?

Though rare, it is possible to overdose on Suboxone if the drug is abused.

Suboxone abuse can be dangerous, especially if it is abused with other drugs. Buprenorphine is a partial opioid agonist. If taken improperly, it can dangerously slow breathing.

Suboxone is easy to underestimate. It is admittedly a drug that is not easily abused. The drug naloxone that is present in it is quite explicitly there to discourage abuse.

If Suboxone is taken as an injection in an effort to get buprenorphine (a partial opioid agonist) into the blood faster, naloxone will dominate and quickly send the user into withdrawal. There will be no associated high, and the person will experience intensely uncomfortable withdrawal symptoms. This discourages abuse.

Abuse can happen though, both intentionally and accidentally. While it is difficult to get a sense of extreme euphoria from Suboxone (as can occur with full opioid agonists), a person can get addicted to the very mild euphoria Suboxone can still produce for some people.

Suboxone is used to treat opioid addiction, a notoriously tough addiction to address. Some people, in desperation, may choose to abuse Suboxone despite the potential for withdrawal and other complications.

The medication is often much easier to obtain than other opioids like heroin. Suboxone is not safe to abuse even if it is much safer than most opioids.

Signs that someone is overdosing on Suboxone in many ways mimic what would be expected of any opioid overdose. The symptoms of a Suboxone overdose include the following:

In the event of an overdose, call 911 immediately and begin administering emergency aid as necessary.

Note that Good Samaritan laws generally protect both you and the person overdosing from legal penalty while seeking emergency aid for an overdose, even if the use of the drug is illegal.

If a person is overdosing on Suboxone, take the following steps:

If a person seems to have radically different symptoms than those noted above, that does not mean they are not in danger. It may not explicitly be a Suboxone overdose since people often combine substances when they abuse them. If they have also taken other drugs, it can potentially complicate matters further. Give emergency responders as much information as you can.

If you believe someone is in immediate danger for any reason, always call 911. If there are any concerning but not obvious dangerous symptoms, contact a health care professional as soon as possible.

Suboxone is a drug that has a fairly massive list of drugs that are not recommended to be taken with it. This list includes alcohol. Both traditional alcoholic drinks and even medications with mild amounts of alcohol in them can be quite dangerous with Suboxone.

Mixing drugs is a dangerous practice in general unless explicitly approved by a doctor, but some of the drugs you should not take with Suboxone can be of particularly noteworthy danger. Any depressant, including alcohol, can be a potentially lethal combination with Suboxone.

As a partial opioid agonist, Suboxone can affect breathing. 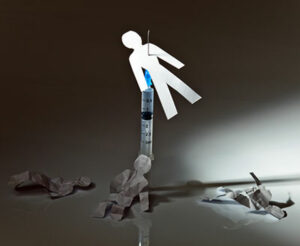 This is unlikely to be a major issue if taken as prescribed, but it may become a serious issue if the medication is abused. Alcohol also affects breathing, and importantly, it will not be counteracted by naloxone even if it is available.

If a person overdoses on both Suboxone and alcohol, naloxone will only reverse the opioid overdose. The person will still be at serious risk because of alcohol poisoning.  The presence of both substances complicates treatment.

Abused in combination with a drug that already affects breathing, Suboxone may dangerously slow breathing or even stop it.

In essence, abuse of one drug makes it easier to overdose on the other — a general, although not universal, truth when mixing drugs.

Never mix drugs without being fully informed of the risks, ideally after discussing them with a doctor.

Prescription for a Reason

Suboxone is a prescription drug meant to treat a serious condition (opioid dependency). Kept in check with naloxone, Suboxone will be relatively safe for most people who have prescribed it for opioid addiction. In this role, the drug can benefit many people’s recovery.

If abused, it is not safe. While it is difficult to abuse, attempts to do so are clear signs that treatment is needed.

Suboxone-related deaths are rare, but not unheard of. If you are adding other drugs into the mix, you are only adding to the danger.