Tramadol is a synthetic opioid that was developed to relieve pain as successfully as narcotics like Oxycontin but was not designed to be addictive. If it sounds too good to be true, you are right.

Tramadol was released in 1995 under the brand name Ultram with high expectations. In a time before the opioid crisis exploded, there were still alternatives being sought to minimize risk. Tramadol promised to offer all of the benefits of the more powerful opioids but with a smaller risk of dependency. While in theory, it sounded great, it was simply not true.

If the drug was not likely to cause dependency, it would not be abused clinicians stated, but the initial trials yielded different results based on the way it was being administered. The drug was given intravenously to those testing the effects, but it was discovered later to be more potent in pill form. Doctors felt confident based on the results and widely prescribed the drug as an alternative to narcotics for pain.

In 2013, there were 45 million prescriptions for tramadol written in the United States, and emergency rooms began to witness a trend of overdoses from Tramadol. The problem was not limited to the United States; reports showed that tramadol became widely available around the world. Countries like Cameroon and Nigeria in Africa reported an uptick in overdoses from tramadol as well. All of these factors contributed to the U.S. Drug Enforcement Administration (DEA) changing tramadol to a Schedule IV drug in 2014.

A reason that individuals enjoy taking tramadol is that it works as an antidepressant. It produces the euphoria often associated with opioids. Unlike other opioids, however, it produces a feeling of energy that doesn’t leave the user drowsy. For these reasons, it has made the drug very appealing for recreational use. It offers what users consider the positives and leaves out the negatives.

What makes tramadol more dangerous than other drugs is that it has a reputation for being safe. At the end of the day, it is still an opioid. Based on the current crisis that the United States is facing from opioid abuse, it is irresponsible to label anything that holds characteristics of drugs like heroin, safe.

With more than 28,000 deaths alone involving synthetic opioids like tramadol in 2017, we must label a spade a spade and not pretend something is safe when it isn’t.

Tramadol is a synthetic opioid used to treat mild to moderate pain. It is available only as a prescription. It was approved in the United States in 1995 and sold under the name Ultram. It comes in different forms such as extended-release and long-acting tablets that will offer relief for longer periods of time. Tramadol is often prescribed to treat chronic ongoing pain.

Tramadol belongs to a group of medicines called opioid analgesics. It acts in the central nervous system (CNS) to relieve pain. In the case of opioids, if taken for too long it can become habit-forming. This can cause a mental or physical dependence which can lead to side effects if you suddenly stop taking tramadol. When it binds to the brain’s opioid receptors, it changes how the brain and body receive messages about pain. Tramadol also has street names known as chill pills, ultras, OxyContin Lite, and others.

What are the Signs of Tramadol Addiction

As highlighted at the beginning of the article, tramadol abuse can certainly lead to addiction. Those who use the drug recreationally will crush the pills into powder and snort them for a more instant and powerful high. Due to the quick onset and more intense high, this leaves the user’s at a higher risk of overdosing. There are signs of tramadol abuse that include drowsiness, confusion, suppressed breathing, and even death in some cases. More pronounced signs of tramadol use include:

Those who partake in the prolonged use of tramadol will notice feelings of withdrawal if they suddenly stop or run out of the drug. This is common when someone tries to quit on their own. This is commonly referred to as “cold-turkey.” Addiction specialists advise against this method as it is not viable for long-term sobriety. While withdrawal symptoms from opioids are not necessarily dangerous, they can be extremely uncomfortable. These can include:

It has been referred to as feeling like the flu.

If you have experienced any of these symptoms and are ready to take the next step toward sobriety, it is necessary to deal with the addiction effectively by seeking treatment. This will be the safest way to address your tramadol addiction.

How Does Treatment for Tramadol Work

The first step in addressing your addiction is among the hardest, and deciding which treatment center to attend should be the least concern. There are several steps in the continuum of care that often start at the most intensive. This step is medical detox, and it consists of a stay of three to seven days or more at a treatment center. The addictive and harmful substances that have been accumulated during your time of using will be safely removed from the body. There will be 24-hour supervision by a team of medical professionals.

The process of withdrawal is very unpredictable and can vary greatly between person to person. This is why having direct access to a knowledgeable and compassionate medical team will be the best course of action. In the event of severe symptoms, they can offer medications to reduce some of the worst symptoms that may occur. This will allow the client to make the step into sobriety with dignity.

According to Healthline, maintenance medications can be used to ease the withdrawal symptoms of tramadol dependence. Those medications include:

If tramadol use is mild, then medication may not be necessary.

Addiction professionals suggest that the longer a client remains in treatment, the higher the chances they have at prolonged success. There is no set time for anyone that attends, and this will vary based on the circumstances. The minimum time, however, should be 90 days from detox until the end of a lower level in the continuum. Depending on the severity of the addiction, the client will be moved into either residential treatment or an intensive outpatient (IOP) center. 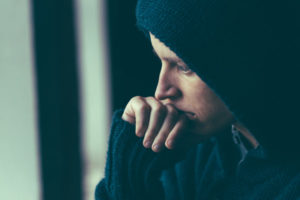 During a stay at a residential treatment center, the client will be in the presence of others on their same quest to sobriety. Most clients report that this helps them feel less lonely and have a shoulder to lean on. Relationships that last a lifetime could be built and help carry them through the difficult times. The clients will participate in a series of therapies that range from group to individual counseling, and behavioral therapies designed to understand the root of their addiction. The most common therapy is Cognitive-Behavioral Therapy (CBT) that helps teach the clients how to view, manage, and adjust to their triggers to avoid a relapse.

For those who have had less success in residential treatment, or that the doctors feel could be more beneficial, they will have the option to attend an intensive outpatient (IOP) facility. The client will attend the same kind of therapies as residential, but they will be allowed to return home after therapy ends. This will require more than nine hours a week of therapy, and New Perspectives offers an FDA approved medication-assisted option. Those who suffer from a serious opioid addiction will be dispensed medications like Suboxone granted they attend therapy.

This kind of therapy can be very beneficial for those unable to leave their obligations, or have not responded well in the past to standard methods of treatment. As long as the client continues to attend for a given period of time, they will increase their odds of having a successful sober future.

Tramadol overdose can produce a host of harmful effects. The direst of which is respiratory depression, which means breathing slows are stops completely, which can be fatal

According to MedlinePlus.gov, overdose symptoms associated with tramadol include: