Demerol is a popular prescription painkiller that’s been around for many years and used primarily to treat moderate to severe pain. When taken as prescribed, it is designed to help minimize pain without any complications.

But even using Demerol as prescribed can lead to a higher tolerance, meaning you’ll need more of the drug to get the same pain-relieving effect. This increase in tolerance can lead to addiction, as well.

For those who misuse or abuse Demerol, the risk of becoming addicted to it increases greatly. Continued use of Demerol, especially in higher doses, is dangerous. It can harm internal organs, and there is also a risk of overdose.

However, quitting cold turkey by yourself is not advised due to the uncomfortable Demerol withdrawal symptoms. Therefore, seeking help from addiction specialists is recommended.

How Does Demerol Withdrawal Work?

Demerol is in a class of drugs called opioids, that are used to treat pain symptoms. Opioids like Demerol are similar to your body’s opioids, called endorphins. Endorphins bind to opioid receptors all over the body to block pain signals and manage your body’s response to pain.

However, some pain is more intense than your naturally occurring opioids can manage. In some cases, chronic pain can cause constant pain symptoms that would get in the way of everyday life. Opioid medications are typically more powerful than your endorphins, making them effective for treating pain.

Opioids are so potent that they can cause some other side effects, including drowsiness, sedation, and euphoria. If you abuse Demerol or take it regularly for too long, your brain may start to adapt to it.

After a while, you may notice that you are building a tolerance to it, which may feel like you need to take more to achieve the same effects. As tolerance builds, your brain may start to integrate alcohol into normal brain functions, adapting around the presence of the drug.

If you stop taking Demerol after developing a tolerance, you will feel the effects of a chemical imbalance. Other drugs might affect you differently than opioids in withdrawal.

For instance, stimulants tend to cause psychological symptoms like deep depression and anxiety. However, opioids bind to receptors all over the body, so that the withdrawal symptoms you experience because of an opioid will involve your whole body. They also control pain, so you will experience physical symptoms.

What are Demerol Withdrawal Symptoms?

If you or a loved one has become addicted to Demerol, chances are you’ll experience some withdrawal symptoms when trying to come off of it. Early on, you may feel like you’re coming down with the flu, and additional symptoms can arise later.

This period of withdrawal from Demerol is known as the detox period. This is when the body tries to get used to functioning without pain medication, which can cause some uncomfortable withdrawal symptoms.

The good news is that the detox period doesn’t last forever, but you will have to endure it to get free from Demerol addiction.

What are the Stages of Demerol Withdrawal Timeline?

Not everyone goes through Demerol withdrawal at the same pace. For mild users, the detox period may last only a few days. For heavy users, it might take a week or so.

The Time Frame And The Severity Of Symptoms Can Differ From Person To Person, Depending On Factors Such As:

A general withdrawal timeframe is as follows:

Day 1 – You may begin to feel like you’re coming down with the flu, with typical symptoms including body aches, runny nose, sweating, yawning, fever, and some anxiety.

Days 2-5 – Your symptoms will likely peak during this stage of withdrawal. This means they’ll be at their worst, so it is important to have some solid support during this stage so you will be less likely to relapse. Common symptoms include nausea, vomiting, diarrhea, body aches, cravings, agitation, anxiety, chills, loss of appetite, insomnia, and sweating.

Days 6 and beyond – Once you reach day six or seven, many of the physical symptoms will likely have subsided. If you were a heavy Demerol user, you might still be a bit uncomfortable for a few more days. Lingering symptoms can include cravings, depression, and fatigue.

If you’re tapering off Demerol, your withdrawal symptoms may spike some each time your dose is lowered. However, the lower the dosage, the less you should be feeling the intensity of the symptoms.

What if I Quit Cold Turkey?

With other drugs like central nervous system depressants, quitting cold turkey can mean risking life-threatening symptoms. However, Demerol is an opioid that’s not known to cause deadly symptoms during withdrawal. Still, it can cause unpleasant symptoms that are difficult to get through on your own.

If you have been taking Demerol because it was prescribed by a doctor and you’re concerned that you might develop a chemical dependence, speak to your doctor. He or she might be able to help you taper off of Demerol without causing intense withdrawal symptoms. You may also be able to switch to a new medication or another pain management option.

When you become addicted to a drug, the first step to getting free from that addiction is to go through a detox phase. This allows the body to rid itself from the harmful toxins associated with the drug. It’s best to undergo medical detox under the care of a physician rather than try to quit cold turkey at home.

It can be dangerous to stop taking Demerol abruptly. Rather, a doctor may decrease your dosage gradually over time – otherwise known as tapering. This will help when it comes to dealing with the uncomfortable withdrawal symptoms since your body is able to adjust to the reduction in dosage over time.

In addition, there are several medications that physicians use to treat the withdrawal symptoms so that you can focus on your recovery rather than getting through detox. Two common ones are Suboxone and Subutex, and they are opioids as well, but you don’t feel the euphoric effects when taking them like you would with Demerol. 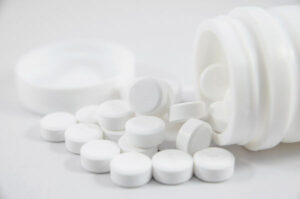 Detoxing from Demerol is the first step toward freedom from addiction. Typically, detoxing occurs within about a week or so, with the possibility of some lingering symptoms lingering.

The next treatment step is to continue treatment therapy at a residential treatment center. You will have access to substance abuse professionals, a physician, and a therapist around-the-clock. You’ll live at the facility, which can be advantageous as you can focus 100 percent on you and your recovery.

Residential treatment is almost always a recommended option because you have the opportunity to live in a safe and secure environment and work on your recovery. You’ll also be able to work on any mental or emotional issues that may be underlying the addiction, such as anxiety, depression, PTSD, trauma, and so on.

If you’re not able to leave home for residential treatment, consider attending an outpatient treatment center. This way, you will be able to live at home while still getting treatment throughout the week by attending a certain number of sessions. You will also have access to therapists, addiction specialists, and peers that are also working on recovery.

A third option is an intensive outpatient program (IOP), which is similar to outpatient except for the amount of time spent in treatment each week. This type of treatment is a step down from residential treatment.

Many people opt to first go to residential treatment and transition to IOP to continue treatment when they are discharged. Most IOP programs require you to attend at least 12 hours a week, receiving much of the same type of treatment.