New Jersey has been significantly impacted by public health issues that are related to substance use disorders. Even in Florham Park, a relatively small community in Morris County, substance use problems can take a serious toll. Addiction can lead to problems for individuals, their families, and the communities around them. Addiction can have damaging effects on a person’s health, relationships, and finances, but it can also present a burden on cities where addiction represents a public health problem. Public health issues related to addiction are often associated with opioids or methamphetamines. However, benzodiazepines are a common prescription drug that can also be used recreationally or illegally.

Benzodiazepines can cause dangerous consequences on their own, including overdose, withdrawal, and addiction. But they can be even more dangerous when combined with other commonly misused substances like opioids or alcohol. Still, benzodiazepine use disorders can be treated. Learn more about benzodiazepine treatment and how addiction impacts Florham Park.

Several benzodiazepines are reserved for short-term therapeutic use. Some benzos are known to cause chemical dependence after just a few weeks of consistent use. Chemical dependence can cause you to experience uncomfortable and even life-threatening withdrawal symptoms when you cut back or stop using the drug. Dependence can also make quitting more difficult, causing you to develop a substance use disorder or addiction.

For that reason, doctors usually prescribe benzodiazepines for a week or two before switching you to another medication. You may also take the drug as needed and avoid taking it too often, depending on instructions from your doctor or pharmacist. Taking a benzo for too long can also cause tolerance, which will make the drug less effective. The length of time you can take benzodiazepines before it causes tolerance or dependence will depend on the specific drug you’re taking.

High doses of a benzodiazepine can cause alcohol-like intoxication. Overdose symptoms can include sedation, loss of consciousness, slowed breathing, and a slowed heart rate. Unlike alcohol and barbiturates, benzodiazepines aren’t likely to cause deadly symptoms through an accidental overdose. However, very high doses or mixing the drug with other substances can cause some potentially dangerous overdose symptoms. Mixing benzodiazepines with opioids, other prescription depressants, or alcohol can be life-threatening.

Does Florham Park have a Benzodiazepine Problem?

Benzodiazepines are a common prescription drug in the United States. While they can be very useful for many patients, they can also become a significant problem when they’re misused. Benzos can also be misused by people that don’t have a prescription. Teens and young adults can find them in medicine cabinets and take them for intoxicating effects that are similar to alcohol. There are also counterfeit versions of popular benzodiazepine drugs that are sold all over the country.

These fake pills are made to look like Xanax and other brands, but they can contain a variety of additives, including dangerous chemicals and drugs like fentanyl. While benzodiazepine misuse can be dangerous, leading to dependence and addiction, illicit benzo use may be even more dangerous. In many cases, counterfeit Xanax is indistinguishable from real pills.

According to 2019 statistics, heroin was the most common drug to cause New Jersey residents to seek addiction treatment, followed closely by alcohol. Only four percent of treatment admissions involved drugs that were not marijuana, opioids, alcohol, or cocaine. However, that doesn’t mean that benzodiazepines aren’t involved in substance use problems among people that don’t seek treatment.

Plus, both heroin and alcohol can be dangerous or life-threatening when combined with benzodiazepines. If someone that’s taking a benzodiazepine as a prescription or for recreation encounters an opioid or alcohol, it can cause dangerous respiratory depression and oxygen deprivation.

Substance use problems can raise costs associated with healthcare and law enforcement. It can also contribute to an increase in other issues like crimes committed by or against people with substance use disorders and the spread of infectious diseases. For instance, there were 1,125 new cases of HIV in 2017. Of these, a little more than 17% were caused by intravenous drug use.

In New Jersey, there were 2,900 reported drug overdose deaths in 2018, and around 90% of these involved opioids. However, many overdose deaths involve polydrug use, which means multiple drugs are identified in people that overdose.

In Morris County, where Florham Park is located, there were 86 suspected cases of overdose death in 2019. Many of these had to do with opioids, especially a powerful opioid called fentanyl that can be fatal in doses as small as two milligrams. In 2020, the COVID-19 pandemic had a significant impact on people in recovery and those who were at risk for substance use disorders. Isolation, anxiety, and other factors that are related to the pandemic may have caused a spike in the already high rates of overdose and addiction in New Jersey and around the country.

How is Benzodiazepine Addiction Treated?

Benzodiazepine use problems can be treated in several ways, depending on the severity of your dependence or addiction. If you’ve used benzodiazepines for a long time, you may have a significant chemical dependence on the drug. Before quitting, speak to your doctor to learn more about the severity of your dependence and how dangerous withdrawal might be. If you’ve only used the drug for a short time, you may be unlikely to encounter withdrawal symptoms that will pose a serious threat. Still, your doctor may be able to help you get off the medication gradually over time to avoid discomfort.

If you’re likely to experience dangerous withdrawal symptoms, you may need to go through a treatment program that involves a higher level of care. Medical detox is the first step in addiction treatment, especially for people that are dependent on depressants. Detox is a form of inpatient treatment that involves 24-hour medically managed treatment services. Detox is reserved for people that are likely to go through serious withdrawal. It can also be helpful for someone with medical needs that might be complicated by withdrawal symptoms. 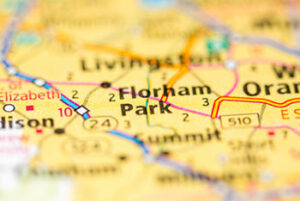 Through detox, you are likely to be treated with medications to help ease symptoms or to help you taper off of the drug slowly. You will also be monitored by medical professionals to address or avoid conditions and complications that are caused by withdrawal. Through medical detox, your physical safety will be the main concern, but most detox centers will also have clinicians on staff to address psychological and social issues that are related to substance use problems.

Addiction is often joined by other issues like mental health problems. Addressing mental health issues like anxiety, depression, and past traumas is essential to effective treatment. Mental health and substance use problems can feed into one another, and ignoring one can lead to limited success in addressing the other.

Detox may be an important first step for many people, but it’s not the only level of care that’s needed to address addiction effectively. Addiction is a complex disease that affects the reward center of the brain, and it takes time to learn to cope with some of the issues that come with addiction. There are four main levels of addiction treatment, with medical detox at the highest level.

As you progress, you’ll advance to lower levels of care with less intensive treatment. Inpatient and residential treatment involves 24-hours of medical monitoring or clinical services. Intensive outpatient and partial hospitalization services allow you to live independently but involve many hours of treatment services each week. Outpatient treatment, the lowest level of care, involves fewer than nine hours of care each week.

You’ll go through a personalized treatment plan at each level of care. Your plan can involve treatments that address medical, psychological, and social needs.