Struggling with anxiety? There’s a benzodiazepine drug for that. What about sleeplessness? You guessed it, benzodiazepines! Unfortunately, we live in a world where the first choice to solve a problem is with chemicals. That’s not to say there aren’t some who need these medications to function, but it feels as though the vast majority of those using these prescription drugs don’t need them, in turn leading to a drug crisis like what we’re experiencing. Places like Newark, New Jersey, have been hit especially hard with drug abuse.

Benzodiazepine treatment in Newark is crucial as the area has the highest prevalence of substance use and HIV/AIDS in the state of New Jersey. For those with pressing medical conditions like HIV or AIDS, professional medical treatment is a must.

Unless you’ve completely detached from reality in the past decade, the world has been slammed with an opioid crisis, unlike anything we’ve ever seen. According to the U.S. Centers for Disease Control and Prevention (CDC), nearly half a million lives have been taken by opioids between 1999 and 2019. With that said, our focus has solely been on battling the opioid crisis. Doctors and government officials alike have dropped their guard and let another trojan horse inside – benzodiazepines.

According to Yale Medicine, us letting our guard down has become a serious issue, and benzodiazepines might become the new opioids. Yale addiction specialists feel that physicians and the primary care system can play a role in preventing another epidemic. The one key difference here is that benzodiazepines are mostly available by prescription only, whereas illicit opioids like heroin and fentanyl can be found on the street. However, that doesn’t mean you can’t find the drug on the dark web or black market.

As was mentioned above, benzodiazepines are used to treat medical conditions like anxiety, insomnia, and seizures. While they’re extremely beneficial in helping those with the disorders, many people use them when it’s not necessary. Even those who use benzodiazepines with a medical condition are prone to developing a tolerance, chemical dependency, and even addiction. Doctors won’t typically prescribe benzos for more than two weeks because a person can become tolerant. It has led to the need for treatment in Newark, New Jersey, to skyrocket.

The Anxiety and Depression Association of America estimates that 18.1 percent of the population is dealing with anxiety, which equates to 40 million adults nationwide, with only 36.9 percent seeking the help they need. Research from the National Institute on Drug Abuse (NIDA) found that 12.5 percent of adults in the United States used benzodiazepines, and 2.1 percent of them misused the drug.

Benzos are commonly prescribed to treat severe insomnia and anxiety. As such, the drugs were designed to calm an overactive nervous system and target gamma-aminobutyric acid (GABA), which is responsible for our cognitive and motor functions and causes our bodies to calm down and sleep or not feel anxiety.

GABA neurotransmitter communications in our brain will be disrupted by benzodiazepine use. For those who are overactive, this disruption will be in the form of calming, sedative, and anxiolytic effects. Although benzos are notorious for anxiety, they also treat other conditions that include:

Benzos were created to help those struggling with their mental health, but using the substances can often lead to more trouble than they were meant to fix. Those with benzo medication may take more than they’re supposed to or for a longer period of time, resulting in a tolerance to the drug. Once they become tolerant, they’ll likely take more to achieve the desired effect and start abusing them. 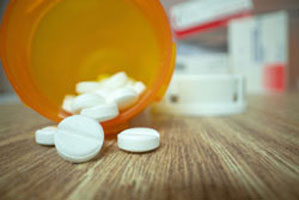 If your first reaction isn’t to call a doctor or start taking less and you abuse benzos by either taking more or using them more often than you should, it could be your first sign of trouble. If you find that using them orally has no effect and you begin crushing up the medication and snorting it to speed up effects, this is another sign that you might be at a point where benzodiazepine treatment is necessary.

Even worse, when people feel these drugs aren’t working, they’re inclined to mix them with other depressants like alcohol or opioids to achieve their desired effect. Not only can this be dangerous, but it’s also highly likely to cause fatalities. If you’ve reached this point where you’re snorting benzos, using them in conjunction with other drugs, or feel like you’ve lost control of your intake, it might be time to seek benzodiazepine treatment in Newark.

Why Are Benzo Prescriptions Dangerous?

Many reasons make these drugs dangerous. However, since they’re useful in helping a person with anxiety feel calm or a person who can’t fall asleep at night feel rested, they’re accepted by society. At a certain point, long-term use of benzos becomes a blurred line between addiction and believing you need them to treat your ailment.

Another reason benzos are so dangerous is that once you become addicted, it’s not as simple as just stopping use. There is a process involved to mitigate dangers. Benzo withdrawal is one of the most deadly of all drugs, and like alcohol, it can lead to seizures and other uncomfortable effects. Even those who followed the instructions of their treating physician are prone to these dangerous outcomes.

These are withdrawal symptoms to expect:

When It’s Time for Benzo Treatment In Newark

Again, as a depressant, benzos pose serious dangers during withdrawal. If you’re living in Newark or you’re interested in getting treatment in the area, facilities in this region offer the highest levels of care. If you’ve become dependent on benzos, you must go through inpatient detox to ensure your safety. During this time, you’ll receive around-the-clock supervision from dedicated professionals. They will provide medication to ensure your symptoms are mild and remove danger from the equation.

Before detox, you and the clinicians will set up a plan once you’ve completely removed all traces of the drug from your body. This could mean inpatient care in Newark to help you understand why you’ve begun abusing the drugs in a more supervised environment, or you could opt for outpatient care if the physicians see fit. Either way, you’ll be exposed to the highest level of care from dedicated professionals committed to helping you change your life.

Whether it’s inpatient or outpatient, you’ll take part in therapies that will help you get to the core of the problem and learn how to overcome triggers.