In the current state of the world, it’s not uncommon to hear about anxiety disorders affecting those around us. Unfortunately, it’s all too common for a person to immediately think they need chemical relief to treat their ailment. Many turn to doctors for help who could end up prescribing them a benzodiazepine medication. The most recent statistics show that 18.1 percent of the population have anxiety disorders, which is the most common mental illness in the country.

According to the U.S. Food and Drug Administration (FDA), an estimated 92 million benzodiazepine prescriptions were dispensed from pharmacies across the United States. Alprazolam (Xanax) was the most common with 38 percent of all prescriptions, followed by clonazepam (Klonopin) at 24 percent, and lorazepam (Ativan) at 20 percent. From the same piece, a 2018 study found that 50 percent of patients dispensed benzos received them for longer than two months, which isn’t good considering you shouldn’t use them for more than two weeks.

Benzodiazepines, despite their addictive qualities, are vital approved treatment options for those with seizures, insomnia, generalized anxiety disorder, panic disorder, and social phobia. They’re commonly used as premedication before certain medical procedures. The frequency, dose, and duration of treatment are dependent on the severity of symptoms a person is dealing with at the time.

Although benzodiazepines are vital therapies for various Americans across the country, they’re commonly misused and abused. In some cases, these drugs are used in conjunction with alcohol, illicit drugs, and opioid pain relievers. If you live in Princeton Junction, New Jersey, or the surrounding areas, and you’re looking for benzodiazepine treatment, it’s important to understand what you can expect and the help you’ll get. One of the most dangerous drug detoxes is from benzodiazepines, and seeking treatment is the difference between life or death.

How Do Benzodiazepines Work?

As was mentioned above, benzodiazepines can be a safe and effective means of battling any of the conditions we described. They produce these effects by stimulating gamma-Aminobutyric acid (GABA) transmitters that occur naturally in our brain and are responsible for many cognitive and motor functions. 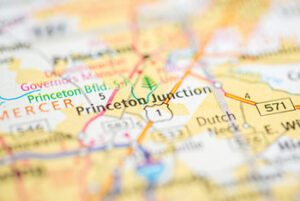 Each person in existence possesses GABA neurotransmitters, but when you use a benzodiazepine drug, it’ll affect how these natural functions communicate with one another. When this occurs, it results in a sedative effect and helps the user experience a sense of calming, which is beneficial for those with anxiety disorders or seizures.

Benzos were synthesized to help those with mental health disorders, but abusing these substances and using them more often than you should lead to even more issues down the road. Individuals who use benzodiazepines for a prolonged period will eventually develop a tolerance to these drugs. Once they become tolerant to these medications, it’ll lead to chemical dependency, meaning they’ll likely start abusing them.

In 2018, New Jersey experienced 67,367 drug overdose deaths, which translates to 20.7 per 100,000 people. Although most of the deaths were opioids, benzodiazepines are still an issue. Many overdose deaths are caused by abusing drugs, meaning you take the substance in much higher doses than prescribed or longer than your doctor suggests. In severe cases of benzodiazepine abuse, the person will consume the drug in ways they shouldn’t, such as snorting them to speed up the effects.

Some people who abuse benzos will take them with alcohol or opioids, other depressants to intensify the depressant effects. If you’ve reached this point, not only is it dangerous, but it can be fatal. You must seek benzodiazepine treatment in Princeton Junction if you’re around the region.

The Problem with Benzodiazepine Prescriptions

Although these potent drugs are highly effective in treating certain conditions, they’re intended for short-term use because they lead to addiction. Using these drugs for longer than two weeks at a time will lead to dangerous side effects. Instead of helping relieve anxiety or insomnia, using these for a prolonged period will make the anxiety worse because of tolerance and chemical dependency.

When the body relies on benzos to stimulate neurotransmitters, it needs more to feel the effects, known as tolerance. When the body experiences withdrawal symptoms because the user has cut down or stopped using the drug, this is known as dependence.

The main issue targeting prescription drug users is that without a proper taper regimen and weaning off the drug slowly, addiction will occur with long-term use, even if you use the medication as prescribed. It’s vital to seek help immediately if you’re ready to stop or feel that you’re developing an addiction.

If you’ve become dependent on benzos, look for the following signs:

The Need for Benzodiazepine Treatment in Princeton Junction

Benzos fall under the depressant class of drugs, similar to barbiturates, alcohol, and opioids, meaning there is a significant chance of harm during the withdrawal phase. Medical detox must be sought out for this reason.

If you live in New Jersey or around Princeton Junction, you may be happy to know that many facilities within your proximity facilitate the continuum of care. The first step is medical detox where you’ll be monitored for 24 hours for up to seven days to ensure your safety. A team of clinicians will provide medications to stop seizures from occurring.

Another reason stopping benzo use is so difficult is because they’re a prescription drug. For those prescribed with a legitimate reason, it’s hard to know when you’ve crossed a line. No one chooses to be addicted to benzodiazepines. But even with prescription use, the lines are blurred, and a person won’t always understand that they’re craving more or why. When you’re on a normal regimen, you satisfy the cravings without even knowing, causing a tolerance to develop, seek more benzos to stop withdrawals, and addiction occurs.

Another reason you should seek benzodiazepine treatment in Princeton Junction because as addiction drags on, it’ll get much more severe than you could have imagined. Since those who struggle with benzo abuse are prescribed the medication, it’s harder to cope without relapsing.

Since benzo withdrawal can be dangerous, you need to seek detox. It’s not worth risking your life if you’re ready to get sober. Once you finish, you’ll be moved to the next level of care. Depending on the severity of the addiction or if you have a co-occurring mental disorder, it could mean residential treatment. Fortunately, benzodiazepine treatment in Princeton Junction is tailored around your specific needs, and they’ll focus on the root of your addiction and get you the help you need.