Alcohol is widely available and easily abused. However, many treatment options are available, including therapy and medications to curb cravings for alcohol.

Alcohol, sometimes called ethanol, is generally classified as a depressant.

It is a drug that has stimulant effects which are followed by depressant ones. The depressant element of the drug is also where much of the danger of its abuse stems from.

Alcohol is legally widely available. In most areas, you can purchase it as long as you can prove you are 21 years old.

It is one of the single most used substances in the world.  The U.S. Substance Abuse and Mental Health Services Administration (SAMHSA) reports that 86.4 percent of people, ages 18 and up, in the U.S. have drank at some point in their lives.

Alcohol can be quite addictive, cause depression, and severely tax the liver. Due to its easy availability, it is widely abused. Many governments around the world, the United States included, have multiple programs that deal specifically or in part with combating alcohol abuse.

Alcohol causes a sense of euphoria shortly after being consumed. It also impairs judgment and inhibitions. It frequently is used and abused as a drug to “let loose” as well as calm down.

While many people abuse alcohol to escape depression or other bad feelings, they are doing more harm by drinking. Alcohol’s depressant effects exacerbate existing issues.

What is Moderate Alcohol Use?

While the health effects of light to moderate alcohol use is debated, drinking (for adults) is not necessarily a cause for serious concern. Many adults occasionally drink, and most people who drink don’t abuse alcohol.

For the purpose of measuring your consumption, a standard drink is defined by the U.S. National Institute on Alcohol Abuse and Alcoholism (NIAAA) as 14 grams of pure alcohol. Remember that the potency of drinks varies quite widely.

As such, 14 grams of alcohol is roughly equivalent to the following:

While some organizations might define the exact standard for a drink to be slightly different, the point remains the same. It takes less of a distilled spirit like rum or vodka to reach the threshold of abuse than wine or beer.

If you are having problems — with your physical health, emotional health, social life, or any other area — related to alcohol use, you are probably abusing alcohol. Alcohol abuse is not always a sign of addiction or dependence, but it is closely related.

Alcohol abuse can be dangerous, regardless of whether you are dependent on alcohol. Alcohol taxes the body and impairs judgment. Its abuse could lead to severe damage and making dangerous decisions.

Binge drinking is an underestimated and a dangerous form of alcohol abuse. It is defined by SAMHSA as when a man drinks five drinks, or a woman drinks four drinks in one sitting. NIAAA further defines it as drinking those same amounts in under two hours.

It should be noted those amounts are averages. Smaller people generally drink less, and larger people more, to reach that same general threshold.

Alcohol use is considered heavy if a person engages in binge drinking more than five times in a month.

Heavy drinking is not advisable and can have adverse health and dependency risks.

Alcoholism is a more dated term for alcohol use disorder (AUD). AUD, as outlined by NIAAA, is the diagnosis for people who compulsively drink, lose control of how much they drink, and experience negative feelings if they go a significant amount of time without drinking.

Alcohol use disorder is a chronic relapsing brain disease that can be quite devastating to one’s health and quality of life. Luckily, treatment is available, and the condition can be effectively managed on a long-term basis.

Alcohol dependence is very common when alcohol is abused regularly. The body learns to rely on the presence of alcohol to function.

Anyone who is dependent on alcohol should not attempt to stop drinking on their own, as this could be dangerous. They need medical supervision.

About a third of children start drinking by 8th grade, half of whom report having been drunk.

Alcohol is the single most abused drug by children and teens. It is easily obtainable and tends to be seen as cool and a way of blending in with their peers.

Most homes have some alcohol in them. Adults frequently do not keep track of the exact amounts of alcohol they have, and some even allow their children to drink openly while underage.

In addition to exposing teenagers to the various short-term risks of alcohol use, early alcohol abuse risks alcohol dependence later in life.

There is also evidence it can affect development. Children and teenagers go through many more changes from year to year than adults do. Unnecessary substance consumption can affect that process in unwanted ways.

Alcohol is a fairly dangerous drug. Even in small doses, it can affect judgment which may lead to dangerous decision-making.

It also affects motor skills. Driving under the influence of alcohol is dangerous to both the driver and anyone else in their vehicle or on the road. It is illegal to drive with a blood alcohol content that is higher than the legal level.

Alcohol use has a number of health risks. Some of these include heightened risk for the following:

It can also cause trouble with managing preexisting conditions, including depression, diabetes, high blood pressure, and any sleep problems.

Alcohol reacts negatively with a large number of medications and drugs. Never drink alcohol when taking another drug without checking with a doctor first.

It is possible to overdose on alcohol through what is called alcohol poisoning. Alcohol takes time to get absorbed into the blood, making it possible for a person to underestimate how much they have consumed. If too much alcohol is taken in too quickly, a person can get very sick and may even be in danger.

Call 911 if a person seems to be experiencing any of the following symptoms or if you suspect they might be in danger for any reason:

Unconsciousness is an especially troubling sign of alcohol poisoning. Do not wait for a person to awaken before you call 911.

The gag reflex can be suppressed when someone is severely intoxicated.

If they begin to vomit, especially when unconscious, they could choke.

Do your best to get them to sit up.

If they refuse to sit or are unable to sit, make sure their head is turned to the side rather than up.

Monitor the person for any choking risk, especially if they are unconscious.

Only about 10 percent of people who have problems with alcohol seek help. A host of resources are available to those that do seek help. If you have a problem with alcohol, there are ways to escape that dependency. 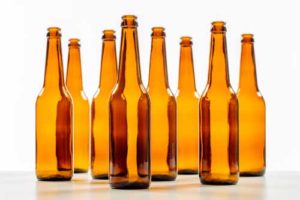 The National Institute on Alcohol Abuse and Alcoholism hosts several resources on treatment of alcohol problems, as do numerous other organizations.

Different options are available for those seeking alcohol treatment, primarily dependent on their needs and factors like the severity of their problems with alcohol. In addition to what is called a brief Intervention, where you sit with a counselor for a short session to review your problems and establish some goals and coping techniques, there are some main categories of treatment options.

As with any drug treatment program, the biggest factor in determining success is keeping at it. You may get discouraged or experience setbacks as you undergo treatment. You may even relapse.

Relapsing does not mean all progress is reset. Do your best to get back on track and stay with your program. Talk about your relapse with therapists and any support groups. Support is crucial to avoid another relapse.