Hydrocodone + Alcohol: Is It Safe?

Hydrocodone is a potent drug with many potential side effects, even when it is taken as directed. Opioids are considered extremely habit-forming and have a high rate of diversion and abuse, which can lead to fatal overdose, drug dependence, and addiction.

Hydrocodone can interact with other drugs in dangerous ways that can compound the potential risk factors and possible side effects of use. Hydrocodone products carry a “black box warning” from the U.S. Food and Drug Administration (FDA), which alerts people about the potential for dangerous interactions with certain other types of drugs and alcohol.

Because it’s a central nervous system depressant, hydrocodone slows down the body’s stress response, which, in turn, reduces body temperature, slows heart rate, reduces the respiration rate, and lowers blood pressure. Combining hydrocodone with alcohol or other drugs increases the risk for fatal overdose and can also more quickly lead to drug dependence and addiction.

Interaction of Hydrocodone and Other Substances

The prescribing information for Zohydro ER (a brand-name version of extended-release hydrocodone) warns that these substances can have potentially deadly interactions with the medication:

Because hydrocodone is a central nervous system (CNS) depressant, when it is mixed with other substances that have similar mechanisms of action on the CNS, the risk for overdose is compounded. The FDA has issued its strongest warning, stating that the combination of benzodiazepines and opioids can cause dramatic breathing difficulties and even death.

In 2016, more than 40,000 Americans died from a drug overdose involving an opioid drug, the U.S. Department of Health and Human Services (HHS) publishes. The National Institute on Drug Abuse (NIDA) explains that close to a third of all opioid overdose deaths involve a benzodiazepine drug as well.

Other dangerous combinations with hydrocodone include drugs that interact with the brain’s serotonin system. Serotonin is a neurotransmitter produced by the brain that helps to regulate moods. Medications used to stabilize moods, such as selective serotonin reuptake inhibitors (SSRIs), MOAIs, tricyclic antidepressants (TCAs), and serotonin and norepinephrine reuptake inhibitors (SNRIs), all lead to heightened levels of serotonin in the brain, as does hydrocodone.

For this reason, the combination of hydrocodone and serotonergic drugs can cause a dangerous buildup of serotonin in the bloodstream, which can lead to the potentially fatal serotonin syndrome characterized by agitation, fever, tremors, muscle rigidity, seizures, and diarrhea. Drugs that inhibit CYP34A in the brain can cause hydrocodone to become more concentrated in blood plasma. As a result, effects of the opioid can be heightened, leading to possible toxicity.

Combination hydrocodone medications can lead to additional complications when mixed with other substances that may lead to a toxic buildup in the liver. Hydrocodone is commonly combined with acetaminophen, and significant liver damage can occur if mixed with drugs also metabolized in the liver, such as CYP34A inhibitors and alcohol. Long-term use of a hydrocodone product that is combined with acetaminophen, such as Vicodin, can be toxic to the liver, leading to liver disease and even death.

Effects of Combining Hydrocodone and Alcohol

Alcohol, like hydrocodone and opioid drugs, is a CNS depressant substance. Therefore, when combined, the side effects of each substance are exacerbated. Those side effects include:

One of the biggest issues related to combining hydrocodone and alcohol is the risk of a fatal overdose. If a person drinks alcohol while also taking hydrocodone, it can increase the effects of the opioid drug and raise blood plasma levels of hydrocodone. Overdose can occur quickly.

Pinpoint pupils, bluish skin, nausea and vomiting, weak muscles, impaired motor functions, breathing problems, weak pulse, extreme confusion, sedation, and possible loss of consciousness are all signs that medical attention is required immediately. Overdose can occur more quickly when these two substances are combined than if one or the other is taken on its own. Mixing alcohol and hydrocodone can also raise the level of drug dependence more rapidly. When someone is dependent on hydrocodone, drug cravings and significant withdrawal symptoms can occur when the drug isn’t active in the bloodstream. Concurrent use of alcohol and hydrocodone can complicate and intensify not only drug dependence but also withdrawal symptoms. Insomnia, flu-like symptoms, anxiety, and depression are common side effects of both alcohol and opioid withdrawal.

Alcohol withdrawal also can become life-threatening in the case of delirium tremens (DTs) which can include seizures, severe confusion, fever, agitation, and hallucinations. DTs can be fatal.

Hydrocodone is considered to be very addictive. The National Survey on Drug Use and Health (NSDUH) reports that close to 2 million Americans struggled with addiction involving an opioid pain reliever in 2016. Adding alcohol to the mix can amplify the side effects of hydrocodone and raise the odds for addiction as well.

Is There a Safe Amount?

In short, there is no safe amount of alcohol that can be consumed while taking hydrocodone. The U.S. National Library of Medicine (NLM) warns against any amount of alcohol being introduced while taking a product containing the potent opioid. Since both alcohol and hydrocodone work on the CNS and in the brain in ways that can dangerously suppress autonomic and life-sustaining functions, it is too difficult to measure how much the two will interact before having toxic consequences. The onset of hydrocodone’s effects is slower to begin than alcohol’s effects, which means a person may keep drinking or taking more of the drug to try and feel the euphoric high. 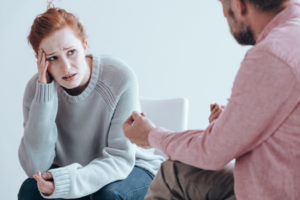 When hydrocodone is taken in a way other than by mouth through a medical prescription – if the drug is chewed, injected, snorted, or smoked – it can start working more quickly and may be more potent than when ingested orally. Levels of toxicity can build up rapidly, and the risks outweigh any possible benefits.

An overdose involving both alcohol and hydrocodone may be more difficult to reverse than an overdose on either of the substances on their own. For instance, an overdose involving an opioid drug can generally be reversed by the opioid antagonist naloxone. When multiple drugs are involved, it can take more than one dose of the reversal medication to have any impact. Alcohol poisoning is not typically reversed in the same way, which can complicate treatment. Hydrocodone also stays in the bloodstream and body longer than alcohol does, so it is important to ensure the drug is completely out of the system before drinking any alcohol. The extended-release versions of hydrocodone can remain active for 12 hours to 24 hours while the immediate-action formulations typically wear off between four hours and eight hours.

Again, hydrocodone and alcohol can be very hazardous when taken together; therefore, it is not recommended to consume any amount of alcohol while taking a hydrocodone product.