Benzodiazepines are prescription medications that are used to treat various issues, including anxiety and insomnia. They are widely prescribed and were once the most popular prescription drug in the world. Today, they are still used regularly, and misuse can lead to some significant consequences.

Since they work in the brain similarly to alcohol, they can be abused, leading to dependence and addiction. Benzodiazepine addiction can take over multiple aspects of your life, including your health and relationships. Learn more about benzodiazepines and how addiction can be treated effectively.

Benzodiazepine medications treat anxiety, panic disorders, seizures, and several other medical problems. They are in a broad category of 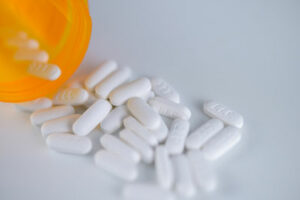 drugs called central nervous system depressants, along with barbiturates, sleep aids, and alcohol. The drugs in this category work with a natural brain chemical called gamma-Aminobutyric acid (GABA). This neurotransmitter is closely tied to rest, relaxation, and sleep. People with certain disorders like insomnia or anxiety may have an overactive immune system that has trouble achieving relaxation.

Benzodiazepines are used to increase GABA’s efficacy. The drug binds to GABA receptors in the brain, but it does so on a separate binding site to GABA itself. When GABA binds to its receptors, it opens a channel to a negative charge that slows down activity in the brain and nervous system. Benzodiazepines can keep that channel open for longer, facilitating rest, relaxation, and antianxiety. Benzodiazepines are often used for short-term therapeutic treatment. Many benzos can cause chemical dependency if they’re used for too long. Chemical dependence can cause dangerous withdrawal symptoms and substance use disorders.

Benzodiazepines are also used by people who don’t need them for their therapeutic effects. Since they are similar to alcohol, they can be used to achieve an alcohol-like intoxication. They can cause a relaxing high, inhibition suppression, anxiety release, and other positive effects that are similar to alcohol. They can also cause drowsiness, dizziness, nausea, vomiting, impaired motor function, memory suppression, and other uncomfortable side effects.

Abuse can quickly lead to dependence and substance use problems. Benzodiazepine addiction can significantly increase your risk for dangerous overdose and other serious consequences that are associated with severe substance use disorders.

What Are the Signs of Benzodiazepine Addiction?

Addiction is diagnosed as a mild, moderate, or severe substance use disorder, according to the fifth edition of the DSM. The severity of the disorder is often based on the number of signs and symptoms you experience. The DSM lists 11 common symptoms that can occur in an addiction to any substance. Here are those symptoms:

Benzodiazepine misuse and abuse can cause some specific signs related to the drug’s effects on your brain and body. A benzodiazepine high is similar to alcohol intoxication, causing dizziness, drowsiness, inhibition release, slow reaction time, confusions, light-headedness, muscle weakness, and memory problems. Repeated benzo abuse can disrupt your sleep schedule, causing you to sleep at odd hours.

What Is Involved in Benzodiazepine Addiction Treatment?

If you’ve realized that you have a substance use problem that involves benzodiazepines, it’s important to seek help as soon as possible. Ignoring a substance use problem can lead to a worsening condition. But quitting on your own can be dangerous too. Benzodiazepine withdrawal can be severe, especially if you quit abruptly or have gone through depressant withdrawal before. You can start to address a benzodiazepine use disorder by speaking to your doctor to determine your first steps.

You may need to go through a doctor-directed tapering process or a medical detox program. Detox is intensive inpatient treatment that’s designed to help you get through withdrawal and address other medical needs. In the early stages of addiction treatment, you’ll start by creating a personalized treatment plan with your doctor and therapist. Through treatment, you will continue to assess and adjust your treatment plan.

After detox, you may continue in an intensive inpatient or residential treatment program if you have high-level needs. When you’re ready to live at home, you may move on to partial hospitalization, intensive outpatient, or outpatient treatment. Each one of these requires a different weekly time commitment. As you progress, you will need to spend less time in treatment each week.

How Dangerous Are Benzodiazepines?

Benzodiazepines were first introduced in the 1960s, and they quickly replaced barbiturates in treating common problems like anxiety and insomnia. Benzodiazepines were considered a safer alternative to the powerful depressants that could cause addiction and dangerous accidental overdoses. Benzodiazepines are relatively safe and well-tolerated, but they can be dangerous when they are used for too long or abused.

Even though benzodiazepines are less likely to cause a deadly accidental overdose on their own, an overdose can be dangerous. Taking a high dose of a benzodiazepine can seriously affect your nervous system. As a depressant, benzos slow down nervous system activity, which allows them to treat anxiety and insomnia. But they can also inhibit important functions of the nervous system in high doses.

Your nervous system controls many unconscious functions in your body, including your body temperature, blood pressure, heart rate, breathing, and other vitals. A high dose of a depressant can slow down your heart rate, lower your body temperature, and decrease your blood pressure. In deadly depressant overdoses, one of the most common causes of death has to do with respiration. Depressants can slow down your breathing or even stop it altogether, leading to oxygen deprivation, coma, and death.

Benzodiazepines are even more dangerous when they are mixed with other depressants or opioids. Benzos rarely cause a deadly overdose on their own, but many overdoses involve benzodiazepines and other substances, including alcohol, opioids, and other prescription depressants. Mixing the drugs can cause potentiation, which is when drugs cause similar effects that compound and cause intense side effects. Problems like hypothermia and respiratory depression are much more likely when mixing benzodiazepines with other substances.

Benzodiazepine can also be dangerous when intoxication leads to a loss of motor control, poor judgment, and dizziness. Like alcohol, benzos can cause drowsiness, dizziness, and poor motor functions that make driving and other tasks dangerous.

In some cases, benzodiazepines taken at night can cause next-day drowsiness. So when you get in your car to go somewhere, you risk getting into an accident. This is more common among people over age 65. As you grow older, you lose your ability to efficiently process benzodiazepines, which is why the FDA often has warned against the prescription of benzos for older patients. However, high doses and recreational use can also increase your risk of accident or injury.

Benzodiazepines are commonly prescribed, which means they may have a higher availability for misuse than other substances. While they don’t represent public health on the same level as opioids or alcohol abuse, benzos can cause significant health risks like dependence, addiction, and overdose. They can also be more dangerous when they’re mixed with more common drugs of abuse, such as opioids and alcohol. According to the 2020 National Survey on Drug Use and Health, 4.8 million people 12 or older reported misusing benzodiazepines in the past year. The percentage was highest among people between the ages of 18 to 25, representing 3.3% of this age group.