Valium (diazepam) is a benzodiazepine drug that came into popularity in the 1960s and 1970s, particularly among women who felt they needed the drug to cope with the pressures and expectations of motherhood and other issues of the day.

Valium has been among the most prescribed medications in the U.S. In 2018, it was reported that 12.6% of U.S. adults used benzodiazepines (benzos for short), such as Valium, in the past year. Benzo misuse accounted for more than 17% of overall use. Unfortunately, such misuse can lead to addiction. Another concerning trend is Valium is among the benzodiazepines commonly prescribed to older people age 65 and older. People in this group are at risk of developing problems with long-term use. “Benzodiazepines can impair cognition, mobility, and driving skills in older people, as well as increase the risk of falls,” says this NIH Research Matters report.

Valium is a depressant drug prescribed for its calming effects. The prescription medication’s generic name is diazepam, and it is commonly 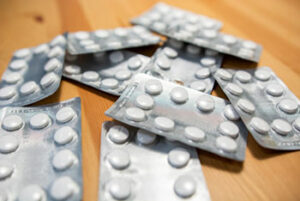 prescribed to people with anxiety disorders, insomnia or other sleep disorders, seizures, muscle spasms, and restless legs syndrome, among other conditions. Medical professionals can also prescribe this drug to treat alcohol withdrawal and withdrawal from other benzodiazepines.

The long-acting drug is commonly taken by mouth and is available in tablets of 2 mg (milligrams), 5 mg, and 10 mg. However, it can also be injected into a muscle or a vein or inserted into the rectum. Valium is designed for short-term treatment. It is important to note that this medication lasts longer than other benzodiazepines, such as Ativan (lorazepam). A person can have Valium in their system between 20 to 70 hours.

Because Valium is a depressant, it slows down brain activity so that users can relax. The drug affects gamma-Aminobutyric acid (GABA), a neurotransmitter in the brain responsible for reducing anxiety, fear, and excitement. Because of its effects on the brain, a person can experience sleepiness, tiredness, muscle weakness, and coordination problems.

Side effects, which include headaches, nausea, and blurred vision, also stem beyond the physical. Some people who use Valium experience depression, confusion, slurred speech, and amnesia if the drug is used in high dosages.

On the streets, Valium goes by different names, such as:

What Are the Signs of Valium Addiction?

Valium is an addictive drug, which is why it should be used as directed under a medical professional’s care. As noted, this drug is addictive, and people can rapidly develop a physical and/or emotional dependence if they misuse or abuse it. Even people who have a doctor’s prescription can develop an addiction to Valium. Drugs.com advises that Valium users should be periodically evaluated to assess their need for this medication.

Many people abuse Valium for its euphoric, relaxing effects.

Valium addiction affects a person physically, mentally, and emotionally. If you or someone you know is experiencing dependence on this drug, you may notice the following signs:

A person with a Valium addiction may exhibit:

There are long-term effects of misusing and abusing Valium. Long-term use can cause mental disturbances, such as confusion, hallucinations, aggression, and depression. It can also lead someone to harm themselves or attempt dying by suicide. Using the drug for long periods can lead to an overdose.

If you or someone you know has any of the signs or symptoms listed above, you may have a Valium addiction. If you have tried to stop Valium use on your own without success, you may require professional treatment at a facility that helps people with substance use disorders.

We do not recommend that you abruptly stop using Valium. “Going cold turkey” in this manner can result in dangerous withdrawal symptoms that could turn deadly. Instead, people with Valium dependence are advised to enter a professional drug treatment facility.

What Is Involved In Valium Addiction Treatment?

Getting into an addiction treatment program for Valium abuse can be a life-saving decision for someone who is having trouble stopping their misuse. Once you enter rehab, you will likely start with medical detox before you advance to various treatment settings along the continuum of addiction treatment.

Before you start treatment for Valium addiction, you will first cycle through medical detox. This process is necessary as patients receive 24-hour medical monitoring as Valium exits the body. Medical professionals oversee this entire process, making sure patients are safe as they manage withdrawal symptoms that could turn life-threatening without medical support. Another goal of detox is to prevent relapse or the return to using substances.

Patients may receive additional medications to help them through this period. They also could be put on a monitored tapering schedule, which gradually reduces the dose of Valium they are used to. This allows the body to adjust to lower doses of the drug in its system.

After detox finishes, a person moves to the next level of addiction treatment. Where they are placed along the continuum of care depends on how severe their Valium addiction is. People with moderate-to-severe Valium addiction may be placed in an inpatient/residential program. This setting usually requires a 30-day or longer stay in a facility while the patient recovers.

Patients learn the root causes behind their addiction and participate in various therapies, such as cognitive behavioral therapy (CBT), to identify and correct negative, distorted thinking patterns. They may also participate in 12-step groups, therapy for individuals, groups, and families.

Partial hospitalization programs (PHPs) are often referred to as a bridge between residential and outpatient programs. These partial day programs are not as restrictive as an inpatient rehab program, but they offer more structure than an outpatient program. They are an option for people who have gained medical stability but need more time to address their Valium dependence before rejoining society full time.

PHP patients usually have finished medical detox and/or completed a residential program. Some patients can use PHP in place of residential care or intensive outpatient treatment. If so, then they will be monitored during that time. Generally, however, PHP patients are not monitored for 24 hours a day. They have weekly commitments they must meet, which include going to intensive therapy sessions.

Like other treatment settings, a PHP program offers what the patient needs. Each person’s program is customized so that they receive the help they need to make sobriety and optimal health a reality. PHP patients could receive up to five hours of therapy a day for up to five days a week. When finished, they return to a sober living environment before returning to a facility for more therapy. Sometimes, PHP is offered at the same place where patients can live on-site.

In PHP, patients discuss relapse prevention strategies and attend sessions for various topic areas, including addiction education, anger management, life skills, and more. They also can participate in CBT and other therapies and attend individual, group therapy as well.

IOPs and OPs offer people in PHP the same therapies they are used to having. They can also attend support groups, 12-step programs, family therapy, and sessions on how to deal with cravings and triggers once they are back in their daily routine. The goal is to continue to receive the support needed to maintain sobriety.

Addiction is a brain disease that changes how the brain functions, sometimes permanently. It is also a chronic disease, which means that managing life after addiction will require active effort every day.

Many people considering going to rehab for Valium addiction wonder how long the treatment process takes. Ideally, you need treatment for as long as you need it. Generally, though, the  National Institute on Drug Abuse (NIDA) recommends that people with SUDs stay in a treatment program for at least 90 days. It is thought that more time in treatment can boost the chances of longer-lasting results.

How Dangerous Is Valium and Valium Overdose?

As noted earlier, Valium is a potent, addictive drug intended for short-term use under a doctor’s care. Non-prescription Valium use is dangerous, and so is using it in ways that were not prescribed. Polydrug abuse is common among substance users, so it’s common for some people to abuse Valium along with alcohol and other drugs. Some people turn to Valium when they can’t use heroin, or they use it with the longer-acting opioid drug methadone, which is similar to morphine.

People who engage in these dangerous practices are at risk of harming themselves. They will feel intense sedative effects with these drug cocktails, but they also raise their chances of overdosing and dying. Using Valium in dangerous combinations can lead to:

Common signs of an overdose are:

You should seek emergency care by calling 911 if a Valium overdose occurs. Without medical help, a person who overdoses on Valium can have seizures, cardiac arrest, and/or respiratory failure. Coma and death are possible.