Heroin is an illicit and potent opiate drug that is a significant drug of abuse.

Users commonly inject the drug, resulting in an increased potential to develop a physical dependence on it quickly and to contract numerous blood-borne diseases or other infections.

Injection use also worsens the negative effects of the drug due to its being delivered directly into the bloodstream.

Heroin was originally developed as a non-addictive alternative to morphine. It was believed to be a miracle drug that was aggressively marketed by the Bayer Company in the late 1800s and early 1900s.

It soon became apparent that the drug was extremely addictive. It was a dangerous drug of abuse, resulting in it eventually being illegal to possess or use heroin.

Today, heroin is classified as a Schedule I controlled substance. It cannot be obtained legally without special permissions from the federal government. It is believed to have no medical uses.

Heroin is a derivative of opium that is processed from the Asian poppy plant. When an individual takes heroin, it is converted to morphine and then binds to the mu, kappa, and delta opioid receptors in the brain — specialized neurotransmitter receptors that have an affinity for endogenous substances that are chemically similar to opiates.

Like opiates, these endogenous opioids produce a reduction in the subjective experience of pain, stress, and anxiety.

Injecting heroin results in quicker delivery of the substance to the brain that would be accomplished by other methods, such as snorting the drug or taking it orally.

When a person injects heroin, they will typically experience:

After the immediate effects of the drug occur, other sensations may take over including drowsiness, nausea, itching, and problems with reasoning or even confusion.

Although injecting drugs is an efficient way to deliver them to the brain, there are many dangers associated with injecting an illicit drug like heroin. People who chronically abuse heroin by injecting it may experience some specific physical dangers.

Other Medical Complications Of Heroin Injection

Chronic abuse of heroin by any mode of administration can lead to many serious medical issues.

Exacerbation of Other Physical Issues

Opiate abuse is associated with several other physical side effects that can be exacerbated as a result of injecting heroin. The side effects can include constipation, sexual dysfunction, menstrual problems in women, prolonged lethargy and drowsiness, and a lack of attention to personal hygiene that can lead to other physical issues. 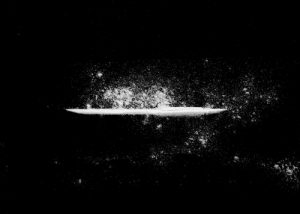 Because injecting heroin results in more of the drug being delivered directly into the bloodstream and entering the brain, there is an increased potential for overdose compared to other modes of ministration.

The brain is very sensitive to oxygen deprivation, and the effects of a disruption of blood or oxygen to the brain can be serious.

A heroin overdose can be potentially fatal. Large amounts of heroin affect and even shut down areas of the brainstem that are involved in controlling life-sustaining functions, such as respiration and heart rate.

The Necessity of Treatment

People who regularly inject heroin or other drugs are serious drug abusers who need professional help. An opiate use disorder as a result of heroin abuse is a treatable condition, but it requires treatment.

Anyone who is injecting heroin should consult with a health care professional, such as a physician, psychologist, therapist, or social worker. With assistance, they can stop injecting heroin and start to recover from the damage the drug has caused.