Can You Safely Potentiate Kratom?

Kratom is an herb that is derived from a tropical tree native to Southeast Asia. The leaves of the kratom tree have traditionally been used to help with pain relief. They typically are consumed by crushing and brewing the leaves as a tea or by transforming them into capsules to be taken as an herbal supplement.

It isn’t safe to potentiate kratom — or combine it with other substances to intensify its effects. Doing so can lead to unwanted and unpredictable results.

Kratom can act as a stimulant when taken in small doses, but it can also act as a sedative when used in larger doses.

According to the National Institute on Drug Abuse (NIDA), kratom targets the same part of the brain that opiate substances target. There has been some concern about kratom’s addictive and potentially dangerous effects.

The herb is currently a legal substance, and it is sold as a pill, powder, extract, or gum. Some people chew on the leaves, brew tea from the powder or leaves, and sometimes smoke or eat the leaves.

Kratom leaves contain two compounds, mitragynine and 7-a-hydroxymitragynine, which interact with the opioid receptors in the brain. They can produce feelings of sedation, pleasure, and reduced pain when used in large quantities.

The mitragynine compound of the plant also interacts with the brain to produce stimulant effects. These effects are more pronounced in smaller quantities, causing increased energy, alertness, and sociability.

How Do People Potentiate Kratom?

Kratom potentiation is usually done by adding in other herbs or botanicals believed to enhance the effects of kratom. People use a wide range of substances in an attempt to potentiate kratom.

Are Some Potentiation Methods Safer?

Any time you are combining substances, there can be unexpected and unwanted side effects.  Individual responses may vary, depending on many factors, including the dosages taken, the timing of consumption, and individual biological risk factors. Some people who are more sensitive to biological effects, such as sedation or increased heart rate, may find that combining kratom with other substances produces too strong an effect for them.

Any attempt to potentiate kratom is risky, but those that involve everyday substances such as grapefruit tend to be less dangerous. When kratom is combined with over-the-counter and prescription drugs to increase its effects, there is a higher risk of unwanted side effects.

Researchers have discovered that some people use kratom to wean themselves off opiates or to otherwise supplement their opioid addiction because of kratom’s availability and relative affordability. This can be a dangerous practice to undertake without medical supervision.

Mixing drugs with anything that will change the way they affect your body can be potentially dangerous. When two substances mix or work together in your body, the results can be unpredictable. Kratom is no exception. The danger you put yourself when you take a drug depends on the dose you take. But potentiation can make even relatively safe doses more dangerous.

Other drugs, like opioids, are potentiated by other prescriptions or alcohol. The fact that you’re mixing two prescriptions together might make you think twice. However, since kratom is legal in many places, and it’s potentiated by things like grapefruit and coffee, you might assume that it’s safe.

While kratom may not be as dangerous as opioids, it should still be taken seriously. Before you consider potentiation, make sure you know what you’re actually taking. Kratom is an unregulated herbal substance. That gives sellers the freedom to put their own spin on the products they sell you. This could make kratom unpredictable. If you buy kratom capsules, it may include additives that adulterate your kratom.

A 2016 study found that some kratom products included elevated levels of 7-hydroxymitragynine, which is one of the two psychoactive substances that are found in natural kratom. The substance 7-hydroxymitragynine is a partial opioid agonist. Normal kratom only has mild opioid-like effects, particularly when you take high doses of the substance.

However, with elevated levels of 7-hydroxymitragynine, it may cause more pronounced opioid effects at lower doses. Mixing alcohol, benzodiazepines, barbiturates, or other central nervous system depressants could cause deadly symptoms like respiratory depression.

Most kratom potentiation is centered around increasing the drug’s stimulant effects. Things like caffeine and tea can be mitigated by drinking water. Still, you start to feel any dangerous side effects of overstimulation like an irregular heartbeat, palpitations, or dizziness, stop using the drug and speak to a doctor.

Is Overdose Possible With Potentiation?

It is possible to overdose when using potentiation to enhance the effects of any psychoactive substance, even all-natural or plant-derived substances. The combination of substances that have similar effects in the body can overwhelm the system and result in an overdose.

As noted in a warning by the U.S. Food and Drug Administration (FDA), most deaths associated with kratom came about when people combined the substance with other drugs. The more potent the combination of substances, the higher the risk of an adverse reaction in the body. Therefore, a person who combines kratom with other powerful drugs like opiates will have a higher risk of overdose than someone who combines it with turmeric.

Kratom does carry a risk of dependency. In 2017, the FDA issued warnings about kratom, and it has now identified at least 44 deaths associated with the substance. Most of these deaths occurred when kratom was mixed with other drugs, including opiates, benzodiazepines, alcohol, and over-the-counter medications.

The FDA warning notes that people have been using kratom to treat conditions such as pain, anxiety, and depression, but that without oversight, the substance can be dangerous and addictive.

There have been reports of kratom being mixed with other opioids like hydrocodone. Severe side effects of these mixtures have included liver damage, tremors or seizures, and withdrawal symptoms. The agency expressed concern that in the midst of the opiate crisis, some may believe that kratom is an acceptable and safe alternative to opiates, but without proper testing and regulation, there is no assurance of the substance’s safety.

Side Effects From Kratom Use Include:

People May Also Experience Withdrawal Symptoms That Are Similar To Those Associated With Opiate Use. These Include:

The Future of Kratom Use

The introduction of kratom into western cultures has resulted in increased interest to study the potential risks and benefits of the herb. Studies have not fully determined that the benefits of kratom outweigh the risks.

Given the vast need for pain treatment and the well-documented risks and downfalls of opiate use, kratom may have a place in the medicinal community as a promising new therapy. More research needs to be done to fully understand the benefits and hazards, given that the substance is already garnering a following in communities of recreational drug users. 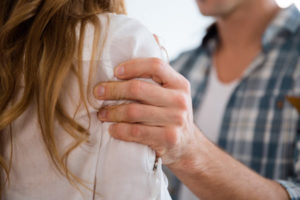 Currently, the U.S. Drug Enforcement Administration (DEA) includes kratom on its list of Drugs of Concern. The Controlled Substances Act doesn’t currently regulate kratom, but it has known risks to those who abuse the substance.Though kratom is undergoing research and evaluation, its full effects and risks are not known to the medical community. Addiction professionals can help when kratom use turns into dependency and addiction.

If you find yourself experiencing withdrawal symptoms or other signs of dependency that are related to kratom use, it is time to seek help and get your use under control. There are many ways to manage pain, depression, anxiety, and other conditions without abusing substances.

The support and guidance you receive throughout the detox and rehabilitation process will give you the foundation you need to break free from the cycle of abuse. With assistance, you can live your life free from addiction and substance dependency.