How to Recover Quickly From a Kratom Hangover

A hangover is a reaction to using too much of a particular substance such as alcohol or a drug. Overindulging in a substance may lead to dehydration, inflammation of the tissues as a result of a simulated immune response, nausea, weakness, headaches, muscle aches, problems sleeping, and other physical symptoms. Cognitive symptoms of a hangover include irritability, anxiety, depression, and mild short-term problems with attention and memory.

Hangovers are acute effects associated with overindulgence. Withdrawal symptoms are the result of going without a substance after dependence on a drug has formed. Withdrawal can include some of the symptoms of a hangover like nausea and vomiting.

Withdrawal syndromes represent the body’s reaction to chronic abuse of a substance. Hangovers are the acute effects of taking too much of a substance on a singular occasion. Withdrawal symptoms are far more serious and indicative of a potential substance use disorder.

Overindulgence of many different types of recreational substances can lead to hangovers, including consuming too much kratom.

Kratom is an herb, produced from a tree that grows in certain areas of Southeast Asia. The tree, Mitragyna speciosa korth, is related to the trees that produce coffee.

The leaves of the tree have been used by the indigenous peoples for many years as an herbal remedy and also used by laborers as a stimulant. They are often chewed or used in tea. 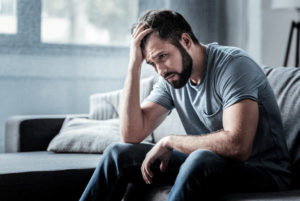 Research regarding potential medicinal uses of kratom is mixed. It is not regarded as a controlled substance by the U.S. Drug Enforcement Administration, but it is illegal in some states.

The chemical substance that is believed to produce the psychoactive effects associated with kratom usage is mitragynine, a chemical that has different effects at different doses.

Hangovers that occur as a result of recreational kratom use are relatively common. The hangovers produced by the substance appear to be very similar to those associated with excessive alcohol use. They will often include:

How To Avoid a Kratom Hangover

The only way to avoid a kratom hangover altogether is to stay away from the substance. However, there are other ways to mitigate the effects or severity of a hangover.

Limit the amount of the drug you consume on any single occasion to reduce overall intake. Try to ensure the kratom you are using is pure and does not contain other substances.

Some users report that certain strains of kratom are more likely to produce hangovers than others. You can try to only use strains that are associated with fewer adverse effects.

How to Recover Quickly

For someone who already has a kratom hangover, cutting down the dosage, avoiding kratom use altogether, or choosing the right strain of kratom is no longer an option. The general recommendations regarding how to deal with a kratom hangover include the following:

In some cases, using over-the-counter medications for headaches, nausea, and other symptoms may reduce the effects of a kratom hangover. However, there is a chance that using these medications while dealing a hangover may overburden the system and exacerbate some of the hangover symptoms instead of relieving them.

Although some of these remedies may reduce the effects of a hangover to some extent, the only real “cure” for any hangover is the passage of time. The body needs to adjust itself again once the substance has been metabolized and left the system. This is why individuals who have hangovers often try to “sleep it off.”

Although people report using numerous different concoctions and strategies to deal with hangovers, the best approaches involve hydrating and resting. Hydrating replenishes the body with fluids and helps its metabolism to function at capacity. This can facilitate the removal of toxins from its system and help to reduce any ill effects.

The Hair of the Dog Approach

One approach to dealing with a hangover associated with any substance is to immediately take the substance again. For instance, individuals who have an alcohol hangover often find that having a drink reduces the effects of the hangover.

This strategy is one that should be avoided at all costs. If it is adopted every time one feels sluggish as a result of their substance use, it will facilitate the development of addiction by enhancing the potential for physical and psychological dependence on the substance.

Is My Use of Kratom Problematic?

Although kratom is not a controlled substance, and the jury is out on whether the substance has medicinal properties, it does have a following in the United States as a safe drug for recreational use and as a potential treatment for depression, opiate withdrawal, and several other maladies.

Research on the drug clearly indicates the substance has abuse potential, may produce physical dependence, and that kratom overdoses can be serious.

Whenever the use of any substance produces problems in one’s personal life, including issues in relationships, at work, at school, or with health, these signs are indicators that the person is developing a substance use issue.

If you experience repeated hangovers as a result of your kratom use and then can’t function the following day, you should rethink your use of the drug. If you can’t stop using it, reach out for professional help.