The opioid addiction and overdose epidemic has been ravaging the United States since the early 2000s. The U.S. Centers for Disease Control and Prevention (CDC) report that, between 1999 and 2016, there were 630,000 deaths throughout the U.S. because of a drug overdose, and 66 percent of those deaths involved an opioid of some kind. On average, 115 people die in the country every day because of a narcotics overdose.

Prescription painkillers and illicit narcotics are both major problems in this epidemic. The first wave of this recent epidemic began with changes to opioid painkiller prescribing practices, allowing doctors to treat more types of pain with opioid-based medications. Unfortunately, the widespread prescribing of these drugs led to widespread abuse.

The second wave of the epidemic began around 2010, as prescribing practices and laws began to tighten again, but at the same time, many people turned to more potent illicit drugs to get high, especially heroin. Then, around 2013, overdose deaths spiked across the country as illicitly produced fentanyl began to appear in heroin and fake prescription drugs.

Narcotic drugs are incredibly dangerous. With the introduction of a drug as potent as fentanyl, abusing them is just as likely to lead to overdose and death as to intoxication and addiction. If you struggle with opioid addiction or abuse, there is help. The first step in evidence-based addiction treatment is detox, which is the process of ending the body’s physical dependence on drugs like opioids. The process manages physical symptoms as the brain and body slowly stop relying on the presence of a chemical to manage neurotransmitters and other functions.

Because opioids can quickly lead to intense dependence, some medications can be prescribed to ease withdrawal symptoms during detox. Use of these drugs is called medication-assisted treatment (MAT).

How to Start Medication-Assisted Treatment (MAT)

According to the American Society of Addiction Medicine’s (ASAM) National Practice Guideline Supplement, many clinicians, including general practitioners, can diagnose opioid use disorder in their patients; however, the diagnosis must be checked by a clinician specializing in addiction medicine, which will lead to recommendations for appropriate treatment. Regardless, the first step for someone struggling with opioid abuse is to find a doctor, counselor, or addiction specialist, and get a diagnosis.

The guidelines are clear that specific decisions about treatment should be shared between the clinician and the patient. Medically supervised detox is considered a core component of addiction treatment and is often referred to as the first step in the larger treatment process.

Getting into a detox program may mean receiving a medication to ease withdrawal symptoms or, after detox, reduce cravings. Opioid abuse is one of the forms of addiction with several medication options to ease withdrawal. Although the withdrawal symptoms associated with opioids are not life-threatening, they are uncomfortable, and cravings for the drug can be intense. Using medication and a tapering regimen can ease the body off dependence on opioids to feel normal.

There are a few drug options used in evidence-based treatment, some newer drugs that may be effective, and some drugs that are used as at-home treatments. It is extremely important to remember that medical professionals must oversee the withdrawal process. Trying to quit, either cold turkey or with an anecdotally recommended replacement drug like kratom, is very dangerous. Kratom can be abused; relapse is extremely likely when you do not have help, and a relapse can lead to overdose and death.

Although this partial opioid agonist was not approved by the Food and Drug Administration (FDA) for prescription use in the U.S. until 2002, it has been the main approach to opioid withdrawal treatment in Europe for decades. This drug lasts for a long time in the brain, binding to opioid receptors. In people who have abused full opioid agonists like heroin, oxycodone, or hydrocodone, buprenorphine does not lead to feeling high; it just makes them feel normal or stable. It reduces withdrawal symptoms without causing intoxication. Because it is considered a little safer and less addictive than previous treatments, like methadone, buprenorphine can be prescribed and dispensed through a physician’s office, as long as the physician has received specific training.

Once buprenorphine drugs – usually Subutex, Suboxone, Zubsolv, or Bunavail – have been prescribed, your physician will create a tapering program to reduce how much of this medication you take. Buprenorphine typically lasts in the brain for a day or two, and you may reduce your dosage every few days, every week, or every few weeks, depending on individual factors that your physician will assess. You will also check in with your physician regularly during detox, so if you begin to experience additional withdrawal symptoms, these can be managed effectively.

This was once the preferred method of overcoming opioid addiction, used most effectively to treat people who abused a lot of heroin for 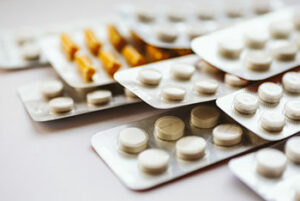 years. Because methadone is a full opioid agonist, however, more people now abuse this drug and suffer an overdose while taking it. While it can still be an effective approach to addiction treatment, buprenorphine has replaced it as the preferred tapering method.

Methadone is also not a convenient approach to MAT. The drug must be dispensed in specific methadone clinics, so doses are constantly supervised. After a period of stability, which could be several weeks, you may be able to take methadone at home with a prescription between program visits. The recommended length of treatment involving this long-lasting medication is also a full year, or 12 months. For people who have not abused high doses of potent opioids or who have not abused narcotics for very long, methadone is not an appropriate treatment because it is too strong and the program requirements too intense.

However, it is still an important component of MAT for those who need it, especially as heroin abuse rises again in the U.S.

This drug is prescribed to treat both opioid abuse and alcohol use disorder (AUD). It can either be a pill or an injection. The injection was designed to remain bioavailable in the body for a month while the pill form should be taken daily or otherwise as recommended.

Although naltrexone is commonly listed as evidence-based MAT, this drug does not manage withdrawal symptoms during the main detox process; instead, naltrexone is prescribed after detox has been completed, to manage cravings for opioids or alcohol. It reduces cravings for these substances in general, but it also prevents both opioids and alcohol from binding to receptors in the brain. If you relapse while you are in rehabilitation and taking naltrexone, you will not get high from the opioid you take. However, it is still possible to overdose on opioids if you relapse while taking naltrexone.

Naltrexone is not widely prescribed at the end of detox or during rehabilitation. It can be highly effective for people who have tried repeatedly to overcome their addiction, but cravings, stress, triggers, or lingering psychological withdrawal symptoms cause them to relapse often.

In May 2018, the FDA approved a new drug called lofexidine under the brand name Lucemyra to treat opioid abuse and withdrawal. It can be prescribed as an oral tablet. According to the FDA, it has been found to ease withdrawal symptoms during the opioid detox process. Unlike both buprenorphine and methadone, Lucemyra is not related to opioids, so it has much less abuse potential.

While the drug is fairly new, it is widely prescribed. However, it comes with some serious side effects. It is best to discuss using this medication with your addiction care team.

Several websites and supplement stores sell kratom and tout it as a natural, at-home approach to withdrawing from opioid addiction. For people who struggle with opioids, especially those who may have financial problems at the same time, buying an inexpensive remedy and using it at home seems like a great solution. However, kratom is also an intoxicating substance, and people who take it display addictive behaviors, so it is not a safe alternative to opioids or an evidence-based detox process.

One study reported that using kratom for six months led to withdrawal symptoms similar to those of opioids. Anecdotal evidence suggests that people who take kratom crave the drug, which is one indication of addiction.

When taken at home without medical supervision, there is no way to safely taper kratom. Tapering is a crucial component of MAT, and a doctor will work with you to manage withdrawal and ease your body off dependence. This is not a process you can do yourself. You are much more likely to suffer a relapse and put yourself at risk of overdosing and dying.

There is no safe at-home approach to withdrawing from opioids. You need help from medical professionals. Fortunately, there are evidence-based approaches to detox, rehabilitation, and aftercare that can be tailored to your physical, emotional, psychological, and even financial needs.