Opiate Potentiation: What Are the Safest Methods?

In some cases, this may be an attempt to manage breakthrough pain in someone who struggles with chronic pain, such as that induced by cancer. Breakthrough pain often occurs when a person is already opioid-tolerant, which means the individual has been taking an opiate on a regular basis and the dosage is no longer effective on their pain. Potentiators may then be useful to increase an opiate drug’s analgesic effect.

Opiate potentiators may be used illicitly to attempt to increase the euphoric high produced by opioid drugs. The combination of an opiate with a potentiator, or another drug or substance, can raise the level of opioids in the blood plasma and, therefore, raise the effects of these drugs.

Opiate potentiation can also include using different methods to take the drug than is intended. These methods can include snorting, smoking, injecting, or inserting drugs into bodily orifices. When multiple drugs are taken at the same time, or in ways other than intended, the possible side effects can be unpredictable.

Opiate potentiation can be extremely dangerous, adding to the risk for overdose, increasing the rate of dependence, and leading to intense withdrawal symptoms.

There are also different methods for opiate potentiation beyond taking drugs orally or merely combining them with other substances or drugs. This includes rectal administration of an opiate combined with a potentiator, heating an opiate mixed with a cough medicine to break down the alcohol component, or using cold-water extraction. Opiates and potentiator substances may be combined and then either boiled or placed in cold water to try and extract the desired components of the drugs to then add to a nasal spray bottle to be insufflated or to a syringe to be injected.

When an opiate drug that is dispensed in tablet or pill form is altered and then taken another way, the intended method of metabolism is changed. This can increase the high and also the potency of the drug, how quickly it takes action, and therefore the odds for an adverse reaction like an overdose.

The U.S. Department of Health and Human Services (HHS) warns that 116 people die daily in the United States as a result of an opioid-involved overdose. Many of these fatalities involve more than one substance. For example, the National Institute on Drug Abuse (NIDA) publishes that close to a third of all opioid overdose deaths involve a benzodiazepine drug.

All methods of opiate potentiation that are not directed by a medical professional for medical reasons are forms of drug abuse that are considered hazardous. They increase all possible risk factors for both substances.

The FDA issues medication warnings regarding the interaction of certain foods and substances with prescription medications, such as grapefruit juice and other citrus foods. Grapefruit juice can block an enzyme (CYP3A4) from helping to metabolize opioid drugs. This can then increase the amount of the drug in the blood, which can cause it to stay in the body longer. In this way, grapefruit juice can be an opiate potentiator for opiates.

Other medications that also inhibit CYP34A include antidepressants, antifungal medications, antibiotics, and protease inhibitors. They can have a similar mechanism of action and, therefore, similar potentiation effects.

The opioid high is commonly potentiated by ingesting cough medicine containing promethazine, the journal Drug and Alcohol Dependence publishes. Any combination of a drug, medication, or substance that also acts as a central nervous system depressant like an opiate does can potentiate the effects of both substances and, therefore, the risk for fatal overdose. Mixing two substances, including alcohol, benzodiazepines, sedatives, or other opiates, can elevate the opiate high and also increase respiratory and cardiovascular depression, often to dangerous levels very quickly. 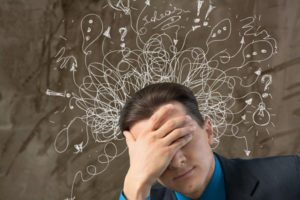 Herbal substances like St. John’s wort (containing hypericin) increase the analgesic effect of morphine and can keep the pain-relief actions lasting longer, making it a candidate for opiate potentiation, the Journal of Pharmacological Sciences reports. St. John’s wort may also serve as an antidepressant for chronic pain patients, although the amount needed to potentiate these effects is often too great to be safe.

Under medical guidance, the use of certain supplements and medications may be helpful and safe for opiate potentiation; however, when substances are misused to potentiate euphoric effects, the results can be disastrous. Opiate potentiation is sometimes used to try and prevent opiate tolerance, for instance, as a way to circumvent drug dependence. If another opiate is introduced after drug dependence is formed to potentiate the effects of these drugs, then dependence and tolerance can actually be increased.

Anticonvulsant medications like gabapentin can also potentiate an opiate high, the American Journal of Psychiatry (AJP) warns. Nearly 40 percent of individuals in a substance abuse clinic who were surveyed misused gabapentinoids for this purpose while receiving methadone treatment. Gabapentin is a medication used off-label to treat opioid dependence, but it can actually induce an opiate-like high when misused and taken in large doses, especially in combination with other opioids.

Potentiation Risks And Getting Help

Generally speaking, ingesting an opiate is typically the safest way to take one of these medications; however, if combined with an opiate potentiator, the odds of an adverse reaction go up. Potentiating an opioid by inserting it into the rectum may increase its potency, but it also will increase the risk for fatal overdose.

Potentiating opiates by changing their chemical makeup through boiling or cold water extraction and then snorting or injecting them is especially dangerous as it sends the drugs directly into the bloodstream in a way they were not intended to be taken. Opiate medications are often designed to be ingested orally and, therefore, broken down by the stomach and gastrointestinal system. When these drugs are altered and then taken through other means, they can go straight to the brain for a powerful and fast effect.

Someone having an opioid overdose will have trouble breathing, standing and walking normally, staying awake, and thinking clearly. Heart rate, blood pressure, body temperature, and respiration rates are all negatively affected. An opioid overdose can cause coma, brain damage, and sudden death.Opiate drugs are highly addictive. Even when taken as directed, they can easily lead to drug tolerance and dependence. According to the 2016 National Survey on Drug Use and Health (NSDUH), around 2 million Americans battled opioid addiction that year. Any time an opioid drug is taken when it is not needed medically or when it is taken outside of the intended manner, it is a form of drug abuse that can have a multitude of negative consequences, not the least of which are drug overdose and addiction.

Addiction is a compulsive and chronic disease that affects those struggling with it as well as their families and friends, coworkers, and society at large. When opiates are combined with other substances in an effort to potentiate their euphoric effects, help is needed. An addiction treatment program can be highly beneficial to address the root causes of recreational drug abuse.