The United States is in the midst of an opioid abuse, overdose, and addiction epidemic. The U.S. Department of Human Health and Services (HHS) publishes that in 2016, more than 2 million Americans struggled with opioid addiction, 116 people died every day from an overdose involving an opioid drug, and 11.5 million people misused a prescription opioid medication.

Opioid dependence and addiction are often treated with a combination of medications, supportive care, and therapeutic methods. Short-acting opioids, such as heroin, oxycodone (OxyContin), hydrocodone products (Vicodin), morphine, and codeine, can be replaced with longer-acting opiate “substitutes” through a program called medication-assisted treatment, or MAT.

Opiate use can lead to drug dependence in very few uses, which can cause difficult withdrawal symptoms if the drug use is to be stopped suddenly. Once opioids process out of the brain, flu-like symptoms as well as drug cravings, anxiety, insomnia, and depression can be intense and make it difficult to stop taking these drugs. MAT is used to ease these symptoms, both during detox and for long-term maintenance in the treatment of opioid dependence.

The National Institute on Drug Abuse (NIDA) warns that relapse rates for drug addiction are between 40 percent and 60 percent. MAT can be an effective tool for helping to minimize relapse, encourage treatment retention, and improve overall life functioning.

Detox and MAT for Opioid Dependence

A detox program provides time and space for the brain to process drugs out of the body safely. Opioids are not drugs that should ever be stopped cold turkey once drug dependence has formed, and medications are often an important part of detox. Substitution medications can be used in place of more potent, dangerous, and rapid-acting opiates like the illegal street drug heroin.

Medications like methadone and buprenorphine are common replacement medications used during opiate detox. Both of these drugs are still opioid agonists, which means they will work on brain chemistry and activate the same receptors in the central nervous system that the drugs they are replacing do.

The difference is that both are longer-acting medications and can remain in the body longer than shorter-acting opiates. Because of this, they can be given less frequently, and the dosage can be spaced out. They can then be tapered off slowly over a controlled amount of time, allowing the brain to catch up and avoid the shock to the system that can happen when opioids process out suddenly. As the dosage is lowered, the drugs are weaned out of the body, and the brain can restore its chemical balance without medications.

In the case of significant drug dependence and addiction, opioid maintenance therapy may be continued longer, keeping a low dose of less powerful and longer-acting medications in the body to minimize relapse and sustain compliance and participation in a treatment program and into recovery. The Substance Abuse and Mental Health Services Administration (SAMHSA) reports that MAT medications may be safely taken for months or even years under the watchful eye of a trained professional.

A third medication used in MAT, naltrexone, works in the opposite manner of opioid substitution medications in that it blocks opioid receptors and keeps a person from experiencing the desired euphoric high. It, therefore, acts as a deterrent to opioid abuse. The opioid antagonist naloxone can be used during MAT as a dormant component of a combination medication that also contains buprenorphine. The naloxone only takes effect if the drug is abused or if other opioid drugs are introduced, at which point withdrawal symptoms can be brought on, causing discomfort and discouraging opioid abuse.

MAT needs to be tailored to each person specifically. The medications used as well as the dosage are customized and can change over time.

MAT can be effective in helping to manage cravings, reduce and minimize relapse, and prevent dangerous behaviors and possible criminal actions. These medications should only be dispensed through a specialized opioid dependence treatment program under the direction and supervision of a trained professional. 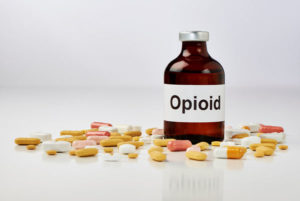 Opiate substitution medications can still be misused. Methadone fully activates opioid receptors in the brain, which can make it a target for abuse and addiction. Safe substitution of an opiate drug will need to be determined by a healthcare provider as the dosage depends on the level of dependence a person suffers from as well as genetic and biological factors.

The dosage can be adjusted over time as replacement opioid agonists are tapered and weaned from the body. In many people, opioid replacement medications can be completely tapered over a specific period while others may benefit from a low maintenance dose doled out continuously for a longer timeline to mitigate drug cravings and serve as a harm reduction tactic. It can be less hazardous, for example, for a person to remain on a low-dose MAT medication than the alternative, which can include risky behaviors such as IV drug use, illegal drug abuse, and a heightened risk for contracting an infectious disease or dying from an overdose.

Naltrexone can increase sensitivity to lower doses of opioid drugs and increase the risk for a potentially fatal overdose if a relapse is to occur, whereas naloxone can precipitate dangerous opioid withdrawal symptoms in the event of a relapse. Opioid antagonist medications need to be dispensed after other opioids are completely out of the body, which can take about a week to 10 days, to avoid potential complications.

Medications are only part of opioid addiction treatment, which should also include ongoing supportive care and therapeutic methods. Low doses of MAT medications are not going to produce the same mind-altering effects as other opioid drugs of abuse. In this manner, individuals can return to a normal life and function in society while undergoing medication-assisted treatment methods.

Essentially, MAT can help to sustain recovery. Medications can be beneficial and safe when used as directed and as part of a comprehensive addiction treatment program under the guidance of experienced professionals.