Vicodin: What Is the Lethal Dosage?

Vicodin is a combination painkiller medication. It contains both the opiate narcotic hydrocodone and the over-the-counter analgesic found in Tylenol, acetaminophen. Both of these drugs can build up to toxic levels in the bloodstream and lead to a potentially life-threatening overdose.

Vicodin typically contains between 5 mg (milligrams) and 10 mg of hydrocodone and 300 mg or 325 mg of acetaminophen, depending on the format of the medication. An extended-release formulation of Vicodin will contain a higher rate of hydrocodone, as the drug is intended to be slowly released into the bloodstream over a set period as it is metabolized.

The U.S. Food and Drug Administration (FDA) issued a boxed warning pertaining to the amount of acetaminophen that is to be contained in prescription medications, particularly those also containing an opioid drug. This warning states that the dosage should not exceed 325 mg of acetaminophen per dose because of the risk for severe liver damage and possible liver failure and death if levels get too high.

Acetaminophen can be lethal in higher doses, particularly if amounts get up to 1000 mg or more. This is as few as three or four Vicodin tablets. Acetaminophen can also build up in the bloodstream over time; therefore, dosages should not exceed 4000 mg in a day. Hydrocodone is a tightly controlled Schedule II opiate with a high potential for abuse, overdose, and addiction. The U.S. Centers for Disease Control and Prevention (CDC) publishes that even in doses as low as 20 to 50 MME (morphine milligram equivalents) of an opioid, drug overdose can occur. Since hydrocodone is equivalent to morphine on a 1-to-1 ratio, an overdose on hydrocodone can happen in as small of a dose as 20 mg, or two of the extended-release formulations containing 10 mg of hydrocodone. Any dosage higher than 50 MME doubles the odds for an overdose. Generally speaking, the lethal dose of hydrocodone is considered to be anything over 90 MME, which is about nine of the 10 mg Vicodin tablets or 18 of the 5 mg immediate-release pills.

A lethal dose of Vicodin is not the same for everyone. Several things can play a role in an overdose, such as:

A Vicodin overdose is a medical emergency. Again, levels of both acetaminophen and hydrocodone can build up to toxic amounts in the bloodstream. This can cause coma, brain damage, and death.

Just as drugs can affect people differently, the lethal dose can also vary from person to person. It can depend on how much a person ate that day and their rate of metabolism, which is influenced by age, weight, gender, and other biological factors. Metabolism slows down as a person ages, so an older adult can suffer an overdose on Vicodin from much lower amounts of the medication than a younger person may. Drug tolerance also plays a role in the amount of medication a person can handle at a time.

Medical issues and mental illness can complicate Vicodin use and the potential for an overdose.

One of the biggest factors in what constitutes a lethal dose of Vicodin can be whether or not the medication is combined with other drugs or alcohol. As a central nervous system depressant, Vicodin lowers several functions that are autonomic and sustain life, such as breathing, heart rate, body temperature, and blood pressure.

If Vicodin is mixed with other depressant substances, like alcohol, sedatives, sleeping aids, antidepressants, other pain medications, or tranquilizers, the lethal dose can be lowered. The combination of multiple substances in the bloodstream can exacerbate each other and amplify all possible side effects.

Tolerance to regular levels of hydrocodone can form with the repeated use of Vicodin, and a person may then need to take more of it for the drug to work. A person who is tolerant to lower doses of Vicodin may be able to handle more of the medication, and the lethal dose will then be higher as well.

As an opioid drug, the hydrocodone component of Vicodin binds to opioid receptors in the brain, which helps to block pain but also changes its chemical makeup, altering levels of neurotransmitters like dopamine. Neurotransmitters act as chemical messengers and help to regulate emotions. They are involved in thinking and memory functions, aid in sleep, and help with movement abilities. 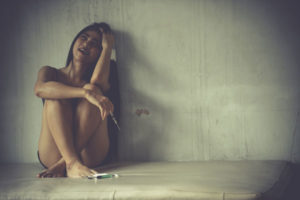 When drugs regularly interact with levels of these neurotransmitters, the brain can stop working as hard to keep its balance by itself. It begins to rely on the drug to keep levels stable. This is called drug dependence. Difficult withdrawal symptoms will kick in when Vicodin wears off, which makes the drug highly addictive. It can take much higher amounts of an opioid drug to reach toxic levels in the bloodstream in someone who struggles with Vicodin dependence or addiction. Drug addiction can increase the risk for overdose, as it can encourage risky drug-using behaviors.

Vicodin is intended to be swallowed. If the drug is chewed, crushed, or otherwise altered to be injected, smoked, or snorted, the risk for overdose is greatly compounded. These methods of abuse all send the drug directly across the blood-brain barrier and can increase the potency and amount that builds up in the blood plasma. This can, in turn, lower the amount of the drug needed to result in a lethal dose.

Overdose: What To Do

A Vicodin overdose is likely most noticeable by the associated difficulties with breathing. A person may exhibit shallow breathing or struggle to breathe when having an overdose on an opioid drug, as they suppress respiration rates. Weak pulse, cold and bluish skin, frail muscles, tremors, balance and coordination issues, nausea and vomiting, pinpoint pupils, drowsiness, a possible loss of consciousness, mental confusion, lightheadedness, dizziness, and jaundice (yellowing of eyes and skin from liver failure) are all signs of a Vicodin overdose, the U.S. National Library of Medicine (NLM) warns.

In the United States, 116 people die every day from an overdose involving an opioid drug, the U.S. Department of Health and Human Services (HHS) publishes. A Vicodin overdose is serious and should be managed immediately. If overdose is suspected, take the following steps:

A Vicodin overdose can be overturned with the administration of the opioid antagonist naloxone, which paramedics and first responders often carry. It’s not enough to deliver a dose of naloxone, however. Further medical treatment is needed to stabilize the person. In some cases, multiple doses of naloxone are needed.