Vicodin is the brand name of one of the original combinations of hydrocodone, a prescription opioid painkiller, and acetaminophen, a nonsteroidal anti-inflammatory drug (NSAID). While acetaminophen is available in several over-the-counter (OTC) drugs, hydrocodone has always been regulated through the Controlled Substances Act (CSA), originally placed as Schedule II on the list when the law passed in 1970.

However, there was a loophole in the CSA, allowing smaller doses of hydrocodone in prescription painkillers to pass as Schedule III drugs, meaning there was less regulation, and patients could refill their prescription a few times before having to return to their doctors. In contrast, Schedule II drugs like oxycodone required a doctor’s visit before any refill was allowed, as an attempt to prevent drug abuse.

The Drug Enforcement Administration (DEA) moved hydrocodone to Schedule II officially in October 2014. The effect of the much wider prescribing practices and less regulation on the drug before this rescheduling was substantial. Many Americans now struggle with opioid addiction because of a prescription to Vicodin.

Vicodin and the Opioid Abuse Epidemic

The pharmaceutical company Knoll introduced Vicodin in 1978, combining 5 mg (milligrams) of hydrocodone with 500 mg of acetaminophen to get the drug into Schedule III. By 1983, generic versions of Vicodin were approved, but the brand name remained popular for several more decades. In 1996, Purdue Pharmaceuticals and other drug-making companies pushed for changes in prescribing practices. Doctors wanted to better treat their patients’ pain, and pharmaceutical companies wanted to promote new versions of opioid painkillers, especially OxyContin, which were advertised as safer than previous drugs.

Many of the newer painkillers involved oxycodone as the main opioid, and they were Schedule II, requiring more pharmacy and physician oversight to get refills; however, Vicodin surged in popularity during this time. Government agencies reported that, in 2002, there had been a 500 percent increase in emergency room admissions involving hydrocodone since 1990. Around that same time, the U.S. Food and Drug Administration (FDA) reported that acetaminophen could cause liver damage in significantly large doses.

By 2009, fears concerning Vicodin, referring as well to generic formulas of hydrocodone and acetaminophen combination drugs, led an advisory panel to recommend that this specific combination of medications be banned altogether. The FDA compromised and passed a new rule moving any hydrocodone drug, including combination medications, to Schedule II, hoping that additional doctor and pharmacy oversight would slow the rapid rise of people becoming addicted to, and being hospitalized because of, hydrocodone medications.

The U.S. Centers for Disease Control and Prevention (CDC) reports that Vicodin and hydrocodone drugs are in the top three most problematic prescription narcotics, and that they are involved in thousands of overdoses. Currently, in the United States, there is an average of 115 opioid overdose deaths every day. Although most of the struggles with addiction, overdose, and death currently involve heroin and fentanyl, the National Institute on Drug Abuse (NIDA) reports that nearly 80 percent of people who now struggle with heroin abuse started abusing prescription narcotics first. The CDC adds that, between 1999 and 2016, more than 200,000 people in the U.S. died from overdoses involving prescription opioid drugs, including Vicodin.

Prescriptions for hydrocodone combination products (HCPs), including Vicodin, declined by 26 percent between June 2013 and June 2015, as prescriptions for other Schedule II narcotic painkillers declined about 11 percent. The drug is still widely prescribed. While Vicodin in both brand and generic formulas has an important medical purpose, it is so widely available that it is also widely abused.

Even when you take Vicodin as prescribed, you may experience some side effects. Most people who have a doctor monitoring their Vicodin prescription can get help to moderate the side effects while also treating the pain. In contrast, people who struggle with Vicodin addiction are more likely to experience side effects, and more serious side effects, because they abuse large doses of the drug. This is very dangerous, both because hydrocodone is potent and intoxicating, and also because acetaminophen can damage the liver in very high doses.

Originally, Vicodin was prescribed as an immediate-release (IR) drug, which could be taken every four or six hours to manage consistent pain or, in the case of people taking other medications for chronic pain, to treat breakthrough pain. There may be 5 mg, 7.5 mg, or 10 mg of hydrocodone in IR versions of Vicodin.

There also are extended-release (XR) versions of hydrocodone and acetaminophen under different brand names, like Zohydro, which are typically taken every 12 hours. Some formulas even work for a full 24 hours, but they contain a large amount of hydrocodone. This means they may become a target of abuse for people struggling with Vicodin addiction.

Vicodin still contains a large amount of acetaminophen, so abusing this drug can cause liver damage, alongside with hydrocodone side effects. Signs of liver damage from acetaminophen include:

Call 911 immediately if you suddenly experience these symptoms. Liver damage is more likely to occur slowly over time in people who abuse Vicodin, so if you start experiencing any of these symptoms, speak with a doctor for treatment.

Other side effects associated with Vicodin are more likely related to hydrocodone. Among them are:

Of course, it is possible someone may take a lot of Vicodin because their doctor has prescribed it for them in this manner. They may develop a physical dependence on the drug, but they still have the oversight of a medical professional. They may experience side effects from taking any amount of Vicodin, but that does not exclusively indicate they have a problem with the medication.

Other behavioral signs of addiction to Vicodin or similar drugs are:

If you have a loved one whose behaviors change while they take Vicodin, you may find yourself:

Acetaminophen overdoses can be deadly, but overdoses on opioids are extremely dangerous as well. Currently, people in the U.S. are more likely to die from an opioid overdose than a car accident. If you see someone exhibit the symptoms below, call 911 immediately; they need emergency medical treatment.

There are specific signs of a hydrocodone overdose. These include:

Acetaminophen has no reported withdrawal symptoms. Although it can cause liver damage, NSAIDs are not considered addictive and have no related physical dependence associated with them.

In contrast, hydrocodone is well-known to lead to physical dependence and tolerance even if you take the medication as directed. Opioids bind to specific receptors in the brain, which can indirectly trigger the brain’s reward system, leading to euphoria, pleasant feelings, and relaxation or sleepiness. These feelings can lead to addiction and associated compulsive behaviors, which reinforces physical dependence and tolerance.

When a person tries to quit an opioid drug like Vicodin, the brain will not be able to immediately moderate brain chemistry without the presence of the drug. This leads to withdrawal symptoms. Typically, the symptoms of opioid withdrawal are not, by themselves, dangerous or life-threatening. They are uncomfortable, and the intensity of cravings for the drug can, if you do not have medical supervision, lead to relapse. A relapse after attempting to quit can quickly lead to overdose and death. It is vital to have appropriate medical supervision in an evidence-based detox program when you want to quit abusing Vicodin.

Symptoms of Vicodin withdrawal may be intense. Those include:

Fortunately, there are several approaches to medical treatment available to ease withdrawal symptoms when you want to quit abusing Vicodin. Medically supervised detox programs know how to help you with medication-assisted treatment (MAT) if necessary.

Vicodin is most often prescribed for short-term pain relief, such as after a surgery or an injury such as a broken bone. IR versions are not intended for use for more than a few months; XR versions are only prescribed to people who have chronic pain associated with an illness. Doctors may notice that a patient continues to need Vicodin even though the person should have healed and not be experiencing pain anymore. This is an indication of potential abuse, and the individual should be screened for other signs of addiction.

If you are concerned about your Vicodin consumption, speak with a doctor to be screened. A doctor will ask you some questions and give you a physical exam, and if you do have compulsive behaviors associated with addiction, your doctor can refer you to evidence-based addiction treatment. This begins with detox, which is the process of ending your body’s physical dependence on the hydrocodone in Vicodin. 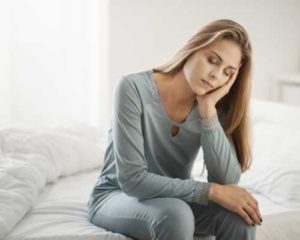 A physician at the detox program will examine you physically, which may include taking blood samples, getting X-rays, and running heart tests. The physician also will ask you questions about your substance abuse history. They also may ask you to stop taking Vicodin, so that they can see your initial experience of withdrawal. This helps them determine if you need MAT and how the tapering process for MAT should go.

Drugs like buprenorphine and methadone are the most common approaches to MAT. Buprenorphine is a partial opioid agonist, and methadone is a full opioid agonist. Both drugs bind to the opioid receptors in the brain for a long time, easing withdrawal symptoms. In people whose bodies are used to the presence of narcotics, they do not cause a high but reduce cravings and anxiety.

Once you have been medically stabilized, either with treatments to ease minor withdrawal symptoms or with MAT and a taper to slowly ease your body off dependence on hydrocodone, therapy is needed. This will help you to understand and change your behaviors around drugs and alcohol.