Snorting or Smoking Vicodin: Dangerous or Not?

Vicodin is a prescription painkiller that is dispensed in formulations that contain 5 mg, 7.5 mg, or 10 mg of the opiate hydrocodone, and 300 mg or 325 mg of acetaminophen, an over-the-counter analgesic. Vicodin is intended to be swallowed, and doses are either supposed to be taken once every four hours to six hours for the immediate-release capsules or once every 12 hours in the extended-release form.

As an oral medication, Vicodin is metabolized through the gastrointestinal system after ingestion. It is broken down by the liver and enters the bloodstream in a controlled fashion. Vicodin and other products containing hydrocodone are some of the most regularly abused prescription painkillers. The National Survey on Drug Use and Health (NSDUH) publishes that nearly 7 million Americans misused a hydrocodone-containing pain reliever in 2016. Vicodin is abused by crushing the tablets and then snorting or smoking the powdered residue. Doing this changes the way the drug is meant to be metabolized and, therefore, increases all risk factors associated with the already dangerous drug.

When Vicodin is smoked or snorted, the drug enters the blood plasma more rapidly than when it is ingested orally. As a result, it can become more potent and powerful in lower doses. This is especially true if the extended-release or controlled-release formulations of Vicodin are taken in this manner.

Snorting Or Smoking Vicodin Can Have Many Dangerous Consequences, Such As:

What Happens When Vicodin is Smoked

Smoking drugs can lead to minor health issues, such as minor burns on the hands or face, as well as more dangerous side effects. When smoked, Vicodin may be added to other drugs, which can further increase the odds for a life-threatening overdose. Mixing Vicodin with other central nervous system depressants (like other opioids, benzodiazepines, or alcohol) amplifies its central nervous system depressant effects and thus the potential for overdose.

The U.S. Department of Health and Human Services (HHS) publishes that more than 40,000 Americans died from an opioid overdose in 2016. The National Institute on Drug Abuse (NIDA) further explains that close to a third of all opioid overdose deaths also include a benzodiazepine drug.

Vicodin may also be smoked in combination with a stimulant drug, such as cocaine. When these drugs are mixed, the cocaine can counteract some of the sedative effects of Vicodin, which can then lead a person to take more, and toxic levels can build up. Combining Vicodin and other drugs to smoke them can dramatically suppress breathing and cardiovascular functions, leading to coma, brain damage, or even possible death.

Smoking Vicodin sends it into the bloodstream via the respiratory system, which can then cause additional problems, such as an increased risk for lung infections, illnesses, and diseases. Chronic coughing and throat clearing are potential hazards of chronically smoking opioids.

Vicodin contains hydrocodone and acetaminophen, as well as several filler components. When heated and smoked, these fillers can enter into the lungs and bloodstream, potentially leading to a dangerous accumulation of these substances.

When smoked, Vicodin is heated, and this process may dilute the painkilling functions of the medication, which can make it desirable to take more. Since Vicodin is a mind-altering substance, smoking it can impair the senses and decision-making abilities, leading to potentially dangerous behaviors, accidents, and injuries as well as a quicker route to drug tolerance, dependence, and addiction.

Snorting Vicodin is a method of recreational drug abuse that sends the drug rapidly into the bloodstream and raises the odds for a life-threatening overdose. It also causes a near-instant high. A Vicodin high is similar to that of alcohol intoxication. A person may slur their speech, fall, have lowered inhibitions, make poor choices, and suffer from nausea, drowsiness, impaired reflexes, memory lapses, dizziness, and cognitive difficulties.

To snort Vicodin, the drug is crushed, and then a straw, rolled-up piece of paper, empty ballpoint pen, or something similar is used to insufflate the powder. Just like with smoking Vicodin, snorting it sends the acetaminophen and filler materials into the respiratory tract, not just the hydrocodone. 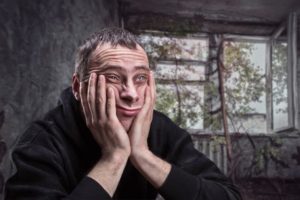 Snorting drugs regularly can damage one’s sense of smell permanently and cause damage to the nasal and sinus cavities. A chronic runny nose and frequent nosebleeds are further complications of repeatedly snorting drugs. Snorting Vicodin raises drug tolerance much faster than taking the drug orally, as intended. As such, the dosage is often increased to keep feeling the desired euphoria. With continued dosage, escalation comes rapid rates of drug dependence.

When an individual struggles with dependence on Vicodin, flu-like physical withdrawal symptoms along with cravings, insomnia, anxiety, depression, irritability, restlessness, concentration and focus issues, trouble thinking straight, and intense mood swings can all begin when the drug wears off. While snorting the drug sends it quickly into the bloodstream, the effects wear off quickly, prompting binge use.