Brooklyn, New York, is a borough in the northeastern section of the United States. An estimated 2.59 million people call the area home, and of the major cities throughout the United States, it’s one of the most diverse places globally. The melting pot known as Brooklyn is where many people started their American Dream, and as one of the oldest states in the union, New York City is the most populous in the country. Billionaire stars like Jay-Z hail from the city, and while there are many positive attributes to discuss about the city, it also has its fair share of negatives.

As you might expect from such an expansive population, the sheer volume of people should indicate the use of drugs is significant. New York, also known as the city that never sleeps, is fueled by a variety of drugs. However, in recent years, it has dealt with the influx of opioids and synthetic opioids. New York boasts the second busiest port in the United States, meaning heroin, fentanyl, and cocaine find their way into the streets of Brooklyn and show no signs of slowing down. The vibe in Brooklyn is electric, meaning depressant drugs weren’t as common as stimulants like cocaine, but the opioid crisis has changed the landscape forever.

Drug rehab in Brooklyn has become a vital component in treating the growing addiction crisis. As we venture out of the worst global pandemic to hit the world, we’re starting to see the destruction caused by the unintended consequences. Preliminary data from the U.S. Centers for Disease Control and Prevention (CDC) estimates that 93,331 people died from drug overdoses in 2020, which is a 30 percent increase from the previous year. It’s significantly higher than the peak of deaths in 2017. It’s hard to ignore the effects of the lockdown, and places like Brooklyn have also dealt with significant consequences.

The Health Department shared data from overdose deaths in New York City and surrounding boroughs like Brooklyn. Similar to the other data pouring in, overdose deaths also increased dramatically in the first part of 2020. In a single quarter from January 2020 to March 2020, 440 overdose deaths occurred, which is 41 more than its previous highest quarter. Prior to the pandemic, Brooklyn was already dealing with a surge in overdose deaths. However, those figures have been exacerbated by the current state of the world.

As the deaths soar, areas like Brooklyn have improved the quality of care in areas dealing with these hardships. Fortunately, those in dire need of help in the Brooklyn area can get drug rehab to combat their addiction. Whether you’re someone local or looking to come to Brooklyn for drug rehab, help is readily available to you. Below we’ll provide some more information about what you can expect should you seek help here.

Statistics from the New York City government show that 503 confirmed overdoses took place in the third quarter of 2020. Even worse, a person dies every five hours from a drug overdose in New York City alone. These numbers claim more lives than motor vehicle crashes and suicides combined in the area. Unfortunately, fentanyl was responsible for more than 75 percent of those deaths, while opioids as a whole contributed to more than 80 percent of the deaths.

There are five boroughs in New York City, and Brooklyn was second in terms of total overdoses from January and September 2020. Unfortunately, 288 people in that region alone lost their lives in that period. The pandemic has a lot to do with the grief families have encountered while losing their loved ones, and the resilient bunch of people that make up Brooklyn are working together to reverse these trends. However, despite their best efforts, these figures continue to spiral out of control.

Opioid-related deaths are preventable, and the city of Brooklyn is working to educate residents about Narcan. Narcan training is free from the health department and other classes that can teach a person about the signs of a drug overdose.

If you’ve been battling addiction and reached your wit’s end, help is available in the Brooklyn area. Continue reading to learn more about the treatment process and what you can expect if you get help.

As the most populous city in the United States, finding drug rehab throughout New York City and in Brooklyn will be the least of your 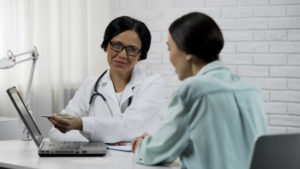 worries. When asked, addicts admitted that one of the barriers to getting help is the miserable withdrawals they’ll endure. However, with the right support, it doesn’t have to be this bad.

Detox is the first step in the continuum of care and consists of intensive around-the-clock care that is geared toward removing drugs from your system safely. Upon entry, the client will be thoroughly assessed to determine their condition. Medication will be prescribed to ensure comfort. The process can last anywhere from three to seven days or longer, depending on the severity of the addiction. The process sets the client up for the next level of care.

During your assessment in detox, the clinicians will determine the level of care best suited for your needs. If they find you need immediate medical care or have a history of relapse, you’ll be moved into residential care once you finish detox. Similar in intensity, you’ll receive 24-hour care, but you’ll be required to attend therapy programs and participate in other classes. Living on-site allows you to get away from triggers and get away from old connections. You’ll walk the path toward sobriety with all of the help you need and make meaningful changes in your life. This is the best option for those who are prone to relapse and have an unhealthy living environment.

Partial hospitalization is a level of care that refers to the amount of intervention at the treatment center. Partial hospitalization must meet specific criteria by being available at least five days a week. PHP takes place twice a day. However, it must offer alternative hours like weekends, evenings, and half days. PHP can take place in either a hospital or a private facility. It’s intended to continue the therapeutic route that takes place in a more intensive environment but allows the person to have more freedom and build on what they’ve learned.

Another significant barrier to someone getting help is the potential of missing 30 to 90 days of their lives. While for some, those 30 to 90 days will save their lives. However, others feel their addiction isn’t an issue and don’t want to risk losing their job. Fortunately, this option allows a person to overcome this barrier and get help simultaneously.

You can expect the same therapies in IOP that you’d receive while living on-site. However, once complete, you’ll be able to head home and wrap up your responsibilities and test your newly-founded sobriety in the real world. If you’re struggling with addiction and you’re ready to get the help you deserve, the next step is to reach out and move forward.

If you’ve made the decision to get help and change your life, we understand you might have some questions about the process as a whole. Below we’ll address some frequently asked questions and help get you up to speed.

How Long is Rehab?

When it comes to your treatment regimen, there is no predetermined amount of time. For example, if you end up having an adverse reaction during detox, your stay could get extended before the next step. Another example is the type of drug you use. If you use fentanyl intravenously, you’ll go through longer withdrawals than someone who is getting off prescription drugs they used as prescribed. Each case is unique and will be treated that way. The entire process can range anywhere from 30 to 90 days. However, it might be longer for others.

As long as you discuss your transportation needs with intake coordinators, Summit will pick you up from the airport and drop you off. However, it’s not included in the charges and will be extra.

How Much Does Drug Rehab Cost?

The cost of drug rehab will vary depending on the length of stay and the services you need. Fortunately, insurance might cover some or all of your expenses.

What Insurance Carriers Does Summit Take?

Summit Behavioral Health accepts insurance for some major carriers, including Anthem Blue Cross & Blue Shield, CareFirst BlueChoice, Aetna, and Cigna. Please reach out to your insurance to see your benefits.