Over the past decade, we have been witnesses to the dramatic increase of opioid abuse. While addiction has been at the core of society for several decades, the worst of the problem has only recently emerged.

In 2016, 66,632 drug overdose deaths occurred in the United States, a 21.5 percent increase from 2015. These numbers are due largely to information pharmaceutical reps provided doctors about their products not being addictive. Doctors began prescribing these drugs at a rate that was unfathomable and created an entire decade of pain and suffering.

The Human Cost of Opioid Addiction

Millions of people around the country suffer from chronic pain and are prescribed opioids. From 1999 to 2017, almost 400,000 people died from overdoses related to prescription opioids in the U.S., according to the U.S. Centers for Disease Control and Prevention.

The active drug in Oxycontin, oxycodone, is prescribed for moderate to severe pain after a surgery or injury. It is a very powerful opioid drug that can lead users to begin using heroin. In 2017, there were almost 58 opioid prescriptions written for every 100 Americans. More than 17 percent of Americans had at least one opioid prescription filled.

Rural areas in the U.S. have been hit especially hard, and this was never more evident than when hospitals were inundated with babies born with opioid withdrawal.

This report from Quartz includes this chilling quote: “the opioid epidemic’s youngest victims haven’t yet been born.”

This puts into perspective the reality that thousands of Americans are facing across the country. Whether it was because of a friend, family member, or even yourself, it is safe to assume that opioid addiction impacted many on some level.

In the U.S., a baby is born with neonatal abstinence syndrome (NAS) every 25 minutes, according to the Centers for Medicare & Medicaid Services.

This has become a growing rural concern, and 48.3 percent of rural residents give birth to addicted babies. On October 25th, 2018, President Trump signed into law the SUPPORT for Patients and Communities Act.

This is a bipartisan bill that funnels eight billion dollars into efforts to combat opioids. The objective of this bill is to provide relief to struggling communities. This obstacle, at times, seems insurmountable to overcome, but the crisis has finally received the recognition it requires.

Oxycontin is the brand name for oxycodone hydrochloride. This is an opioid analgesic pain reliever. It is used to treat pain from surgeries, injuries, chronic illnesses, and cancer. It is a synthetic opioid that is milder than drugs like fentanyl but is still considered a very strong opioid narcotic. For some, this drug can be the difference between functioning and bedridden with pain. When used recreationally, however, it creates a powerful high that can change the user’s life in a negative way.

Opioids all work in a similar fashion: they bind to natural opioid receptors that stop pain signals from reaching the brain. Drugs like Oxycontin attach to binding sites that are reserved for naturally occurring endorphins. Opioids are much more powerful than endorphins, and as a result, create feelings of relaxation, sedation, and euphoria. This is the “high” that recreational users will seek.

Oxycontin has the ability to cause chemical dependence and addiction when abused. Sudden cessation of it can lead to extremely uncomfortable withdrawal symptoms that are often referred to as feeling like the flu. Quitting cold turkey is noted as difficult because of the adverse side effects someone can experience.

Addiction to Oxycontin can be serious because of how it can lead to heroin use. Oxycontin is one of the most potent opioids that can be obtained with a prescription, and should always be taken seriously.

Addiction can be hard to spot even in the early stages of this powerful drug. Those who take it with the sole purpose of helping their chronic pain may not be aware of their growing tolerance. The problem with drugs like Oxycontin is that addiction was never the intention because it was not abused. It was an unavoidable accident that began as pain treatment and led to addiction. It’s an all too familiar story.

The first sign of Oxycontin addiction is tolerance. As your body gets used to the effects of the drug, it will require more of the substance to achieve the same effects. If you begin to notice this happening, it’s important that you speak with your primary care physician to determine your course of action. You must consider limiting your dose and cutting back to decrease the tolerance. If you do try this, however, and fail to stop or cut back, this is a sign of chemical dependency.

Chemical dependency can be summed up as intense cravings or uncomfortable symptoms upon cessation of a substance like Oxycontin.

Opioid withdrawal has been compared to the flu, which can include nausea, vomiting, diarrhea, and body aches. If you continue to use opioids without seeking treatment, this increases the likelihood of developing an addiction.

Virtually all opioids have withdrawal symptoms that manifest in early and late phases. According to Verywell Mind, early symptoms of withdrawal can include:

The later symptoms of withdrawal can include

Addiction and dependence, while in the same category, are classified as something completely different. Addiction is defined as the continued use of a drug despite the consequences. For example, if you were to get fired from your job for showing up under the influence, but you continue to use, this is an example of addiction. While addiction is a serious disease, it is very treatable with modern advances in addiction medicine.

The danger of any opioid withdrawal is that the symptoms can cause someone to go back to using. With powerful opioids like Oxycontin, a relapse could mean overdose, which can be life-threatening. The effect that is most deadly is respiratory depression, which means that a patient stops breathing altogether.

According to MedlinePlus.gov, these overdose symptoms, which impact a number of areas throughout the body, can affect:

How is Oxycontin Addiction Treated?

The method of stopping drug use on your own is known as “cold-turkey.” Doctors and addiction specialists strongly urge against this form of drug cessation. Oxycontin withdrawal, while not dangerous, is tough to overcome on your own. In order to obtain long-term sobriety, treatment is recommended to help over psychological, biological, and social issues that may contribute to the substance use disorder.

Addiction treatment is a complex process with one goal in mind: resolve the issues that block the user from living a fulfilling life without substances. There are many reasons that could be causing this, such as biological, psychological, legal, social, or financial factors. An effective treatment center will delve into all of these issues in detail to give you clarity. 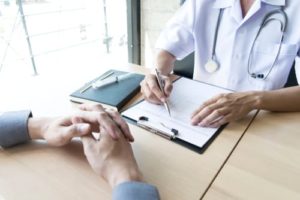 The first portion of treatment will place you into medical detoxification. Withdrawal from opioids is not dangerous like, benzodiazepines or barbiturate drugs. However, symptoms can still lead to dehydration, which is dangerous without medical supervision.

For this reason, it is highly recommended that you begin in this stage of care. There are benefits, as well. You will be supervised 24 hours per day and have access to staff. This process will last anywhere from three to seven days and is dependent on the severity of the addiction.

Upon entry to detox, you will have created an assessment plan with the medical team that highlights your treatment outlook. The staff will ask a variety of questions that will determine your path in treatment. Depending on your history of relapse, underlying factors such as a dual diagnosis, the severity of the addiction, and stability at home will settle your next step. They could decide that residential treatment suits your needs the best.

Residential treatment will place you in the care of the addiction specialists for a period of up to 90 days. In severe cases, this could be longer, but on average stays can vary from 30 to 90 days. You will participate in a variety of therapies such as group therapy, individual counseling, cognitive behavioral therapy, and family therapy to list a few. This treatment is better suited for those with ongoing medical needs that require around the clock care.

Those who use have professional lives or education as a barrier to treatment may be better suited in an outpatient setting. They will attend the same therapies those in residential treatment will receive, but they will be allowed to return home after therapy ends.

These clients will be required to attend nine hours of therapy a week in standard outpatient, but intensive outpatient will require more than nine hours a week. In more severe cases, the client will participate in medication-assisted treatment that offers medications like Suboxone to assist in their care.