The United States is going through one of the worst crises in its 242-year existence as a nation, and according to Melania Trump, first lady of the United States, it is the worst drug crisis in history. The crisis has truly taken hold of our country, and Mrs. Trump has called for a lifting from the stigma of shame that is sometimes associated with drug addiction.

While the crisis has its teeth sunk into the American people, fortunately, there is national attention from our leaders who are committed to fighting this seemingly uphill battle. There has been nothing like this in recent history, but measures are being put in place to keep it from happening again.

Each day, an estimated 130 people in the United States die after overdosing on opioid drugs like Percocet. Though Percocet and oxycodone are responsible for their share, other drugs, such as prescription pain relievers, heroin, and synthetic opioids like fentanyl, contribute to overdose deaths as well.

The U.S. Centers for Disease Control and Prevention (CDC) also mentions that the economic burden of opioid use to our economy has reached $78.5 billion a year. This relates to cost from health care, lost productivity, addiction treatment, and criminal justice involvement.

It may not feel right to put an economic figure on death and suffering, but it illustrates the devastation that is felt by all.

The crisis has affected our culture in such a way that the CDC has lowered life expectancy for the third year in a row. Life expectancy around the globe has been steadily increasing with the modern advances in medicine, but the United States is the only developed nation to suffer from this fate.

This three-year drop represents the longest sustained decline in expected lifespan from 1915 through 1918 when the United States was devastated by influenza. Life expectancy gives a snapshot of the nation’s overall health according to CDC Director Robert R. Redfield, who followed this with “these sobering statistics are a wake-up call that we are losing too many American’s, too early, and too often, to conditions that are preventable.”

Percocet, a synthetic opioid that contains oxycodone as its active ingredient, shares similarities to illegal drugs like heroin. It has been referred to as “hillbilly heroin” because it is closely related to heroin.

There is no correlation between oxycodone use and graduating to heroin, but it is a common theme when heroin users share their story. It all started from using prescription opioids.

Percocet has an extremely high risk of abuse when not used as prescribed. It can be a valuable tool in the fight against chronic pain, but this comes at a high cost of potentially developing an opioid use disorder (OUD).

Percocet is a drug made up of oxycodone hydrochloride and acetaminophen. It comes in a variety of strengths and is used to treat moderate-to-severe pain.

It belongs to a wider classification of drugs known as depressants that also include drugs like benzodiazepines, barbiturates, and alcohol. It is often prescribed in cases of chronic pain and works in the brain by blocking pain receptors that slow messages between the body and brain. It works in a fashion similar to other opioids.

There are side effects attributed to Percocet use that can include nausea, vomiting, dizziness, itching, constipation, dry mouth, and sweating. It is highly likely to cause addiction, withdrawal, dependence, or an overdose when it is abused. If you are prescribed this medication, you must always follow the doctor’s instructions.

The U.S. Food and Drug Administration (FDA) approved Percocet in 1974, but it wasn’t until 1989 when doctors began to support wider use of opioid painkillers as a means to treat pain. Oxycodone itself was never a popular drug until Purdue Pharma began making OxyContin in 1996. It was marketed as a pain reliever, but it did not take long to see the consequences of using it.

Signs and Symptoms of Percocet Addiction

It is often hard to detect drug addiction in the earlier stages of using. What makes it even more difficult is when someone has a prescription for a drug like Percocet because they can counter any argument by saying it is for pain.

People who have chronic pain can agree that these pills can make their lives a little easier and allow them to function, but it is a slippery slope between using and addiction. There is a pattern that follows a substance use disorder that you may want to familiarize yourself with. This will make it easier in the future to help someone who could be suffering from signs only that you can detect.

The first sign of a substance use disorder is tolerance. Tolerance is when the dose your doctor initially prescribed doesn’t have the same effect. That given dose will continually get weaker with each use. If someone increases it to a stronger dose to achieve those same effects, it can lead to them becoming physically dependent.

If you continue to use despite the tolerance that has developed, it can lead to a chemical dependency where your body needs the drug to maintain normalcy. Dependency is closely related to addiction but it’s technically not the same.

A dependency is caused when the brain begins to rely on Percocet to maintain balance from the chemicals the brain stopped producing on its own. If you slow down or stop using and feel undesirable withdrawal symptoms, this could indicate you have developed a dependency.

The symptoms have been described as having the worst flu one has ever had with symptoms such as nausea, sweating, excessive yawning, diarrhea, sweating, and chills.

If you are concerned about Percocet abuse, here are behavioral signs to look for:

Addiction is the final stage of a substance use disorder. Addiction is defined as compulsive use of a drug despite serious consequences that may arise. If your use of Percocet has caused you to get a DUI (driving under the influence) charge, but you continue to use, this is a sign you’ve become addicted.

How Dangerous is Percocet?

Percocet comes with a few inherent dangers, especially when the drug is abused. Prolonged or heavy use can lead to dependence and addiction, which can have serious consequences.

According to the National Institute on Drug Abuse (NIDA), prescription opioid abuse is closely related to the use of illicit opioids like heroin. Close to 80 percent of heroin users started by abusing prescriptions like Percocet. Opioid addiction also increases your risk of experiencing a fatal overdose, contracting infectious diseases like HIV, and experiencing legal and financial issues.

If you’ve become dependent on Percocet, quitting will mean going through uncomfortable withdrawal symptoms. When your brain starts to rely on a foreign chemical like oxycodone to maintain its normal chemistry, getting off the drug will cause you to experience the consequences of chemical imbalance.

Opioids interact with receptors all over the body, and withdrawal symptoms can also manifest in full-body symptoms. Percocet withdrawal will most likely mimic the flu. However, many people who have gone through opioid withdrawals call it the most intense flu of their life.

Percocet withdrawal can start within the first day after your last dose, but it can happen in as little as 12 hours if you were used to a high dose.

Symptoms will peak around the third day, which is when you may feel the worst of the symptoms, such as vomiting, nausea, and fever. After your symptoms peak, they will slowly start to improve and disappear. After the first week, your physical symptoms will most likely be gone.

However, psychological symptoms, like anxiety and depression, may linger. Plus, cravings are likely to continue showing up, and you may need to attend treatment to learn to deal with them without using.

Opioids such as the oxycodone in Percocet aren’t known to be deadly during withdrawal like alcohol, or other central nervous system depressants can be. However, Percocet withdrawal can be extremely uncomfortable.

Between the uncomfortable flu-like symptoms and the intense cravings to use again, it can be difficult to make it through withdrawal without use. People who go through it alone are at a higher risk of using the drug or another opioid again.

Plus, there are rare instances when opioid withdrawal can cause dangerous medical complications. Intense vomiting can lead to aspiration of vomit, which can be life-threatening.

Vomiting, sweating, and diarrhea can lead to dehydration if you don’t get enough fluids. This has led to deaths in situations where the person in withdrawal was incarcerated and didn’t receive the proper care.

Withdrawal can also cause heart rate and blood pressure changes that can be concerning for older people and people with other health problems like heart disease.

Medical detox provides 24-hour medically managed care. Though this treatment, you will be treated to maintain your safety and to help avoid any serious symptoms or complications. Your uncomfortable symptoms will also be mitigated as much as possible.

Medical detox can also help address other medical needs that might have to be managed as you go through withdrawal.

Addiction treatment is a vital part of treating a substance use disorder. For some, this may be their last opportunity before something severe such as an overdose occurs. During treatment, the client will take part in what is known as the continuum of care which treats all needs. 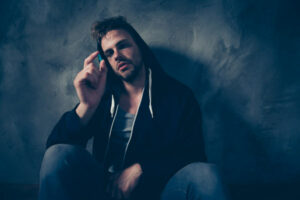 They will treat medical disorders, possibly receive a dual diagnosis, and offer therapy that alters behaviors that support long-term sobriety or drug-free living. These programs are intensive and in-depth allowing for the client to claim back the life they call their own.

For those who have not had success in treatment before, some treatment centers will offer Medication-Assisted Treatment (MAT) that combines the use of drugs like methadone or Suboxone with behavioral therapy. There has been proven success with this format and shows that it keeps clients in treatment longer.

Oxycodone withdrawal symptoms are not inherently dangerous; however, they can be extremely uncomfortable pushing the client back into their old habits. This is why medical detoxification is necessary. This will allow the client to stabilize and rid the drugs out of their system while mitigating any risks.

The next step in treatment will be an outpatient program that will treat the client with a variety of therapies. These therapies will allow the user to understand the root of their addiction and claim their lives back.