Stimulants are a broad category of drugs that are used as prescription medications and as recreational substances. Stimulants like amphetamines are used to treat attention-deficit hyperactivity disorder (ADHD) and insomnia, while illicit drugs like cocaine are used to achieve a recreational high.

While stimulants can be useful, they can also cause substance use problems like dependence and addiction. Stimulant addiction can be extremely challenging to get over on your own, but it is treatable with help. Learn more about addiction treatment, rehab, and how treatment may be able to help you achieve sobriety.

Stimulants, or central nervous system stimulants, are a broad category of drugs that have various medical uses. They are also used recreationally and as an energy boost. The most common stimulant in the United States is caffeine, which is in coffee, some teas, and most energy drinks. Nicotine, also a recreational substance, has stimulating effects. When it comes to prescription medications, stimulants are used as weight loss drugs, narcolepsy treatment, and most commonly as a treatment for ADHD. Finally, several illicit recreational drugs fall under this category, including cocaine and methamphetamines. When abused, stimulants can be powerfully addictive.

Most stimulants work with a chemical in your brain called dopamine. Dopamine is one of your brain’s feel-good chemicals; it’s tied to reward, motivation, and pleasure. Stimulants may increase the release of dopamine, causing it to bind to more receptors to have a more potent effect on the brain and body. However, most stimulants block a process called reuptake, which is when a specific chemical is reabsorbed into the nerve cell that released it, removing it from your system and preventing a buildup. Blocking dopamine reuptake causes a buildup, allowing more of the chemical to bind to its receptors. Some stimulants cause more dopamine to be released and block reuptake at the same time.

Prescription and illicit stimulants come with significant abuse potential. Prescription ADHD medications like amphetamine and methylphenidate are used to achieve a stimulating high, but they may also be used as cognitive-enhancing drugs. They are particularly used on college campuses to increase wakefulness and information retention through long study sessions. However, it’s unknown if stimulants can provide cognitive benefits to people without ADHD besides increasing wakefulness.

Illicit stimulants offer potent euphoric highs, a feeling of empowerment, increased energy, and exhilaration. However, stimulant highs are usually short-lived and followed by uncomfortable side effects. In many cases, drugs like meth and cocaine are binged to continue the positive effects while staving off the undesirable comedown. However, this can increase the risk for dependence and addiction.

What Are the Signs of Stimulant Addiction?

A substance use disorder can start slowly, so it may be difficult to notice it when it’s in the early stages, especially in another person. However, denial is a common trait among people with the disorder. It may not be until addiction has caused serious consequences in your life that you realize something is wrong. The fifth edition of the DSM lists 11 common symptoms of a substance use disorder. Based on the number of these symptoms you experience, you may be diagnosed with a mild, moderate, and severe stimulant use disorder. The symptoms outlined in the DSM include:

Stimulants can cause specific signs and symptoms related to the effects that come with this class of drugs. Someone who’s misusing stimulants may experience insomnia, strange sleep schedules, irritability, and spikes in energy followed by fatigue, depression, paranoia, and anxiety. High doses and stimulant binges can lead to stimulant psychosis, which is characterized by temporary psychotic symptoms like delusions and hallucinations.

In some cases, stimulants can damage dopamine receptors which can lead to anhedonia, or the inability to feel pleasure, during withdrawal.

What Is Involved in Stimulant Addiction Treatment?

Some stimulants are notoriously addictive and can lead to severe substance use disorders. Without treatment, stimulants can take over multiple areas of your life, including your health, relationships, and finances. It’s important to address a substance use disorder as soon as possible to treat or avoid some of the serious consequences of addiction. Your first step will be to reach out for help from a doctor or therapist. 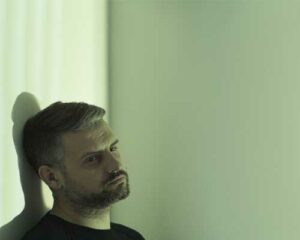 Stimulants aren’t usually associated with life-threatening withdrawal, but quitting cold turkey—without help—can be unpleasant. Even if withdrawal symptoms like depression and fatigue aren’t life-threatening, they can make it difficult to achieve sobriety, especially when combined with drug cravings. Medical detox is a common first step in addiction treatment that will be able to get you through withdrawal safely. Not everyone needs detox, but it may be helpful for people who may encounter medical complications related to withdrawal.

If you have high-level medical or psychological needs apart from withdrawal, you may go through an inpatient program. Inpatient and residential treatment involve 24-hour care for multidisciplinary needs. It will also involve multiple hours of therapies each day, including individual and group therapy sessions. However, the specific therapies you go through will depend on your needs and your personalized treatment plan.

How Dangerous Are Stimulants?

Stimulants can be dangerous in doses that are too high for your body to safely process. The risk of overdose depends on the specific kind of stimulant you use. More potent drugs like meth and cocaine are more likely to cause a deadly overdose than amphetamines.

A stimulant overdose can cause extremely unpleasant symptoms that are usually an intense version of the drug’s side effects. Overdose symptoms can include

A stimulant overdose can be caused by a high dose of a potent stimulant like cocaine or when stimulant medications are mixed. Stimulants can also be dangerous when they are mixed with alcohol. Taking any stimulant and depressant together can mask the effects of both drugs, making you believe you can take heavier doses without consequences. However, mixing cocaine and alcohol can introduce a toxic chemical into your body called cocaethylene. It’s a metabolite that’s introduced into your system while cocaine and alcohol are being broken down. Cocaethylene is more cardiotoxic than cocaine on its own.

While the opioid crisis has been the main driver of the rise in addiction and overdose in the past several years, stimulants like cocaine and meth have posed a public health problem for a long time. Plus, stimulants are often mixed with opioids and alcohol, which can be even more dangerous.

According to the 2020 National Survey on Drug Use and Health, around 1.8% (5.1 million) of people 12 years and older reported that they misused prescription stimulants in the past year. In the same time frame, 5.2 million people used cocaine, and 2.5 million people used methamphetamine.