Sleep problems are among the most common health issues among adults in the United States. The Centers for Disease Control and Prevention (CDC) estimates that as much as a third of adults don’t get the recommended amount of sleep each night. Sleep problems may be common, but they can lead to serious medical complications, including mental health problems, obesity, heart issues, and other chronic conditions.

The medication is a relatively safe drug to use when used correctly, but it has side effects, including chemical dependence and addiction. Like most depressants, the risk of Halcion addiction is greater if you use the drug as a recreational substance or beyond what a doctor prescribes. Halcion addiction is a chronic disease that can lead to serious consequences to your health, finances, and relationships. However, addiction can be treated with medical care, clinical interventions, and personalized treatment. Learn more about Halcion addiction and how treatment can lead to long-term sobriety.

Halcion is a prescription drug brand name that contains the active ingredient triazolam. Triazolam is a central nervous system depressant, but it’s fairly unique. It’s similar to benzodiazepines but chemically separated from other benzodiazepine medications. Instead, it’s a benzodiazepine derivative called triazolobenzodiazepine. Still, it has properties similar to other benzos. Triazolam was first patented in 1970 and approved for sale in the United States in 1982.

Halcion is primarily used for the short-term treatment of insomnia. Like benzodiazepines, Halcion slows down nervous system activity and can have many effects on the body, including hypnotic and sedative properties. It may also cause memory impairment, anti-anxiety, anticonvulsant effects, and muscle relaxation. Though it’s primarily used to treat insomnia, it may also be used to treat issues that disrupt your circadian rhythm, like jet lag. It’s a fast-acting depressant and has a short half-life. This means it works quickly and wears off after a few hours. It may be ideal for people who need help getting to sleep but don’t have a problem with waking up in the middle of the night.

Although it’s different from other benzodiazepines, it works in the way that most depressants do. It influences a natural neurotransmitter in the brain called gamma-Aminobutyric acid (GABA). GABA is a naturally occurring drug that’s responsible for sleep and relaxation. Like other depressants, Halcion works by binding to GABA receptors and increasing the chemical’s potency.

Many depressants and sedatives are used as recreational drugs. In high doses, drugs like Halcion can be used to achieve an alcohol-like high. High doses can cause sedation, relaxation, memory impairment, impaired motor skills, poor coordination, anxiety release, relaxing euphoria, a release of inhibitions, and increased socialization. Triazolam is a federally controlled substance that is categorized as a Schedule IV drug. That puts it at the same legal level as most benzodiazepines. Schedule IV drugs are considered to have a moderate abuse potential along with currently accepted medical uses.

What Are the Signs of Halcion Addiction?

Addiction is a serious disease that can affect multiple aspects of your life. The disease is primarily rooted in the reward center of the brain. This part of your brain is tied to reward and motivation. It encourages you to repeat and continue tasks that are healthy and life-sustaining, like eating food and finding comfortable shelter. Drugs often interact with the same chemicals that are associated with healthy activities in the reward system. Halcion, like other depressants, can cause the release of dopamine, which can create a powerful, rewarding effect when you take the drug.

Addiction is often identified by compulsive drug use despite consequences. The Diagnostic and Statistical Manual of Mental Disorders, Fifth Edition (DSM-5) lists 11 common signs and symptoms of substance use disorders, including continued use despite physical or psychological problems. If you use the drug for several weeks or in high doses and then quit abruptly, you could experience withdrawal symptoms.

Halcion withdrawal is consistent with other depressants withdrawal symptoms. Since your body has gotten used to the drug’s sedating effects, withdrawal may feel like overstimulation. You can experience insomnia, anxiety, panic, tremors, irritability, and restlessness. In severe cases, you could experience seizures, hypertension, and increased blood pressure, which can be dangerous.

What Is Involved in Halcion Addiction Treatment? 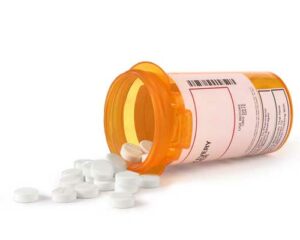 Addiction is a complex disease that affects people differently. It can affect multiple aspects of your life, including your physical health, mental health, relationships, and finances. Addiction treatment is a complex process that’s designed to address these needs. For it to be effective, treatment should be personalized to your individual needs. Your first step in treatment should be to speak to a doctor or clinician for an assessment. Depending on your needs, you may go through one of several levels of care.

Addiction treatment is divided into four major levels of care, according to the American Society of Addiction Medicine (ASAM):

High levels of care that involve 24-hour monitoring are reserved for people with acute medical or psychological needs.

Detox is a common first step in addiction treatment, especially for people who have been using central nervous system depressants. Since depressants can cause dangerous and life-threatening symptoms during withdrawal, medical detox might be necessary to achieve sobriety safely. Detox involves 24-hour treatment from medical professionals. It may also involve the use of medications to avoid life-threatening symptoms.

How Dangerous Is Halcion?

Like many prescription drugs, Halcion can be dangerous when it’s misused or abused. Depressants work by slowing down activity in the central nervous system. This helps to slow down anxious thoughts and high energy levels when it’s time to rest and sleep. In high doses, it may also work to slow down important automatic functions of the brain. Your nervous system controls your whole body, even unconscious things like your heart rate, blood pressure, and breathing. In high enough doses, depressants can slow down some of these functions. Extremely high doses of Halcion could slow your breathing to a dangerous degree.

Like benzodiazepines, a deadly, accidental overdose of Halcion alone is not common, although a very high dose could be dangerous. Halcion is more dangerous when it’s mixed with other substances, especially alcohol and opioids. Alcohol, opioids, and prescription depressants have similar effects on the brain. They all cause sedation and slow down central nervous system activity in the brain. When combined, they can slow your breathing and heart rate, causing dangerous overdose symptoms.

Halcion is usually not prescribed for long-term use. Using the drug for longer than a few weeks could cause you to develop a tolerance or chemical dependence on the drug. Tolerance could make issues like insomnia worse or make your insomnia resistant to similar types of medication. Dependence can lead to other problems, like uncomfortable withdrawal symptoms that have the potential to be dangerous. Depressant withdrawal can cause insomnia, anxiety, panic, and tremors. In severe cases, it could cause seizures and heart-related problems.

Benzodiazepine misuse is common among all age groups in the United States. According to the 2020 National Survey on Drug Use and Health, 1.7 percent of people aged 12 and older misused benzodiazepines within a year before taking the survey. That includes around 4.7 million people. Around 1.2 million people had a substance use disorder that involved prescription sedatives and tranquilizers, like benzodiazepines.