Carfentanil–sold under the trade name Wildnil–is a high potency synthetic opioid similar to fentanyl. In recent years, the medication that is used to sedate large animals, such as elephants, moose, and deer, has turned up in illegal street drugs, most commonly heroin and cocaine.

The potent drug is estimated to be about 10,000 times more potent than morphine and 100 times stronger than fentanyl. It also has been linked to an increase in drug overdose deaths. Law enforcement officials and medical professionals have expressed concern that the drugs laced with carfentanil could worsen the opioid crisis in the U.S. Carfentanil cases have been reported from states throughout the country, including Ohio, Florida, and Michigan.

In many cases, illicit drugs are mixed with carfentanil to cut drug-making costs and boost sales. What isn’t exactly known is how often the fentanyl analog is added to or substituted for other opioids to those street drugs. In September 2016, the United States Drug Enforcement Administration issued a warning about the Schedule II drug’s dangers to law enforcement officials and the public.

The notice addressed an increase in overdose deaths in the United States that year that were linked to the substance and warned that improper handling of carfentanil, fentanyl, and fentanyl-related compounds has deadly consequences.

Carfentanil Hard to Detect in Other Drugs

If substance users come across carfentanil, they might have trouble recognizing it. It is easy to mistake it for heroin or cocaine, as both substances resemble the odorless, colorless drug, and many users have unknowingly ingested it because they could not detect its presence in the drug they were taking.

Recreational carfentanil users might inhale the substance or absorb it through their skin. The smallest drop of the substance is deadly, even a grain of it, so even people who are properly trained to use it as well as first responders wear protective gear to guard against its effects. Its potency has led to many fatal overdoses.

It has been reported that carfentanil withdrawal symptoms are worse than heroin withdrawal because they are more severe and hit a person hard all at once, according to a WCPO 9 news report about the drug.

Carfentanil’s potency often ends in accidental overdose and death. As with other opioids, carfentanil binds to opioid receptors and activates them, which creates sedation, pain relief, and euphoria. However, its strength can also suppress a person’s breathing and put them into a coma. Overdoses of the drug can even stop a person’s breathing and slow their heart rate.

Users who take small enough doses of carfentanil with overdosing on it might become chemically dependent on it. Dependence allows the brain to adapt to the drug’s presence in the body. It also could change the body’s natural chemical levels to rely on the drug to keep its brain chemistry balanced.

Once carfentanil use starts, withdrawal symptoms similar to the flu may start. These include:

It is tricky to say what the carfentanil withdrawal timeline looks like because the drug hasn’t been studied in humans. Plus, several factors unique to the person affected can shape the timeline and withdrawal experience. Some of those factors include your usual dose, the size of the last dose consumed, and how long you’ve been using the drug.

Still, based on carfentanil’s half-life, which is nearly eight hours, and the usual experience of withdrawal from other opioids, your withdrawal timeline could look like this:

Medical detox helps ensure you get through your withdrawal with as few complications as possible. Upon entering an accredited facility that specializes in addiction recovery, a healthcare professional will perform an assessment and help determine if medical detox is the safest option for you. 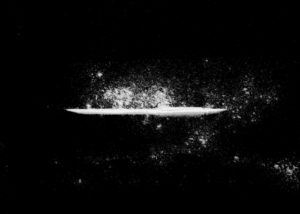 Opioids aren’t known for deadly withdrawal symptoms, but again, it also depends on the individual’s situation. However, some people have medical needs that require 24-hour medically managed treatment, so this means they will need to stay longer at a facility. During detox, medications can be given to help ease uncomfortable symptoms.

In some cases, medication is given to help taper clients off the drug, but expect a longer withdrawal period if this approach is used during your detox program. When in doubt, seek medical advice from your doctor. After detox, addiction treatment professionals can determine if you will need further care in a placement along the continuum of care, as explained by the American Society of Addiction Medicine.