Did you have trouble sleeping last night, and the night before that, and the night before that? Although it doesn’t make you feel better, just know you aren’t the only one going through this inability to sleep. According to the American Academy of Sleep Medicine’s ICSD-3 manual, insomnia is characterized as persistent difficulty with sleep initiation, duration, quality, or consolidation.

Many potential causes contribute to insomnia, but the official diagnosis hinged on two components, including sleep difficulties that occur despite adequate opportunities to achieve normal sleep and being impaired the following day caused by poor sleep.

Insomnia can be mild and last a few days, but chronic insomnia can be more severe. It’s characterized by symptoms that occur at least three nights a week for three months. Insomnia that lasts for less than three months is short-term insomnia. However, in rare cases, a person could exhibit symptoms of insomnia without meeting the criteria for short-term insomnia. No matter how it’s classified, you may seek chemical relief in the form of a drug like Sonata.

Sonata belongs to a class of medications known as Z-drugs, which were created as a less addictive alternative to benzodiazepines. The drugs target specific receptors in the brain that induce sleep. Although the medication is highly effective in helping a person fall and stay asleep, it does have side effects, such as tolerance, chemical dependency, and addiction. Those who become chemically dependent on Sonata will also experience withdrawal symptoms that can be severe without help.

Sonata is a sedative-hypnotic that belongs in a class known as Z-drugs. It can produce exceptional results for those struggling with insomnia, and it also works well as a short-term sleep aid for someone who has trouble falling asleep on occasion. Sonata has a short half-life, meaning it’s not the ideal choice for someone who wakes up in the middle of the night. It’s one of the quickest acting sleep aids on the market.

The drug is only available with a prescription, and it works by relaxing the user to make them sleepy. Although it comes in capsule form, some people might break it open and snort the powder, which can lead to chemical dependency and addiction. It’s a Schedule IV controlled substance, meaning it has the potential for abuse.

Although it’s not the most popular drug to be abused, individuals with insomnia or anxiety disorders may be at greater risk of abusing the medication since they are the ones who use it most.

What Are The Side Effects Of Sonata Abuse?

Sonata is typically used in conjunction with other drugs, which may complicate the side effects of abuse and cause unpredictable psychological and physical effects. As a depressant drug, using it with other depressants can be dangerous. Many people will abuse the drug with alcohol to intensify the effects, but this may lead to severe drowsiness that can lead to falls.

The most common short-term side effects caused by Sonata abuse include:

Longer-term effects of Sonata abuse include the following:

Although Z-drugs were developed as a less potent alternative to benzodiazepines, they can still cause severe withdrawal symptoms.

As a depressant, Sonata withdrawal can lead to some painful and intense withdrawal symptoms upon abrupt cessation. This is also true when a person uses the drug much longer than intended by the physician. Doctors won’t usually prescribe this type of medication for more than two or three weeks because of its potential for dependence. If use goes on for several weeks or it’s abused recreationally, the following symptoms are likely to occur.

As was mentioned in the previous section, Sonata withdrawal symptoms can be severe. However, the intensity of the symptoms will vary from one person to another. This is because we can’t predict how much Sonata a person has been taking, how long they’ve used it, the size of their last dose, and if they’ve been abusing it with other drugs. However, we can provide a generalized timeline that can give you an idea of what’s to come.

As was mentioned above, Sonata withdrawal can last for months, and in rare cases, years. It can include the following symptoms: 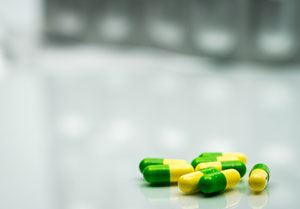 Although the vast majority of those who use Sonata and other sleep medications won’t have significant issues, some might experience next-day drowsiness that leads to car accidents. According to Time, users report severe injuries and committing crimes while under the influence of drugs like Sonata. Z-drugs have also been linked to a higher risk of earlier deaths, even in those who use the medications as prescribed or take less than 18 pills in a year.

Why Detox Is Necessary For Sonata Withdrawal

Although it’s not as deadly as barbiturates or benzos, Z-drugs like Sonata can still be dangerous during withdrawal, especially if someone forgoes the process without the supervision of medical professionals in a detox facility. Symptoms can be bad enough that a person resumes Sonata use, which can lead to a fatal overdose.

If you suspect that someone has overdosed on Sonata or any drug, you should immediately call 911. Getting prompt emergency help can help reduce the chances of permanent damage or death. The most common signs of Sonata overdose include the following:

By seeking professional treatment in a medically supervised detox, you can rest easy knowing a group of medical professionals will oversee your recovery. During this time, they’ll provide medication to alleviate the worst of the symptoms and mitigate any potential risks involved with Sonata withdrawal. Although the process will be a challenge, either way, knowing a team is at your disposal can reduce significant amounts of stress. If something unpredictable occurs, they’ll make sure you’re safe.

Once a person completes detox, their journey has just begun. Although detox is a crucial step in the process of getting sober from Sonata, it’s only a single piece of a complex puzzle. The strategy of detox is to remove all traces of Sonata and other drugs from a person’s system and deliver them to the next step in treatment. Detox does not treat the underlying conditions that caused addiction and abuse in the first place.

Depending on the complexity of the case and severity of addiction, clinicians may suggest residential or outpatient treatment for the individual, or they may recommend another setting along the continuum.

Residential treatment is less intensive than detox but is still more intensive than other levels of care and will have the client living on-site for a period of up to 90 days or more. Each case will be dependent on the individual. For those with a mild addiction, outpatient treatment will suffice. If you’re struggling with Sonata addiction, it’s important to get the help you need right away to ensure long-term recovery and safety free from addiction.