Methadone is most commonly used to treat withdrawal from heroin and other opioids.

Many people associate drug methadone with heroin abuse treatment. However, because it is both inexpensive and effective, methadone is one of the more commonly prescribed drugs for individuals suffering from chronic pain.

Methadone is a synthetic opioid drug that is man-made and has been used in the treatment of opioid abuse for many decades. It became popular in the 1960s to address the heroin epidemic of the time but was later abused on a large scale. As a result of the Narcotic Treatment Act of 1974, prescriptions are still restricted to specific pharmacies and doctors.

According to the latest data presented by the Substance Abuse and Mental Health Services Administration (SAMHSA):

Methadone and the Treatment of Opioid Use Disorders

The criteria used to determine the treatment plan for someone with a substance use disorder are standardized by the American Society of Addiction Medicine (ASAM) and other organizations. For each person in need of treatment, medical professionals consider:

Individuals with substance use disorders who are evaluated according to the above criteria are typically placed on some type of medication-assisted treatment (MAT) to address the withdrawal syndrome they will experience in the initial phases of treatment. In some cases, MAT might extend past the withdrawal period.

The opioid epidemic has drawn significant attention to the misuse of prescription opioids in the United States.

Though data collected by organizations like SAMHSA indicates that there is a decreasing trend in the use of prescription opioids, there is also an increase in the number of overdose deaths associated with the drugs. Due to the increase in overdose deaths, it is generally considered that MAT is underutilized.

The development of physical dependence, such as high tolerance and withdrawal, significantly complicates the development of an addiction. The intense withdrawal symptoms associated with opioid abuse are why individuals might relapse in the early stages of recovery and feel reluctant to seek treatment for their substance use disorder.

MAT that includes methadone has been developed to address the taxing withdrawal syndrome associated with recovery from opioid abuse.

MAT is the use of medication in combination with other interventions, such as therapy, to address specific aspects of a substance abuse problem.

The American Psychiatric Association (APA) outlines the best strategies for managing the physical dependence that occurs with opioid abuse. These strategies involve:

Treatment for opioid use disorder can involve just one strategy or any combination of them.

The use of a tapering strategy, for example, is designed to help the person get through the withdrawal process while entirely weaning them off opioids. Using a replacement medication to avoid withdrawal symptoms can be either a short-term strategy or long-term strategy.

While methadone is most often used in the treatment of heroin abuse, it can conceivably be used for any opioid use disorder. It can also be used according to any of the strategies outlined above.

There are several advantages to using methadone in the treatment of opioid use disorders, such as:

Individuals in MMT programs do not participate in the tapering phase of the program because they are not expected to wean themselves off the drug entirely.

Instead, these individuals maintain use of methadone indefinitely in place of use of heroin. This practice continues because it is considered:

The Downside of Long-Term MMT

Older research studies looking at individuals placed on methadone for three months or less indicate that these individuals do not often progress in their programs, especially if they are long-term heroin abusers.

There are several downsides to the use of long-term MMT, such as:

Can Someone Use Methadone Maintenance Without Medical Supervision? 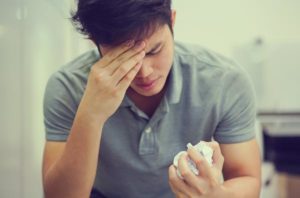 Methadone is a very potent synthetic opioid. It is listed as a controlled substance and placed in the Schedule II classification.

Although drugs in this classification are considered to have useful medical applications, they are considered to be dangerous drugs of abuse that can lead to serious physical dependence in a very short time. They also can result in potentially fatal overdoses.

It is illegal for anyone to possess or use these drugs unless they have a prescription for them. Therefore, no one should attempt to obtain methadone without a prescription from a physician.

A person cannot legally or safely use methadone if they are not under the treatment of a physician.

According to the U.S. Centers for Disease Control and Prevention (CDC), the prescription rate for methadone increased until 2009, when it then tapered off and began to decline.

According to the World Health Organization (WHO), individuals who are at an increased risk for an overdose on opioid drugs include:

Many people who are on MMT, or who are following a tapering strategy that uses methadone as an opioid replacement medication, are at an increased risk for overdose. They should only be using the drug under the supervision of a physician and as part of their overall treatment recovery program.

How to Get Involved in Methadone Treatment

The safest and most productive way to get involved in a methadone treatment program for opioid abuse is to discuss your situation with an addiction medicine physician or psychiatrist who specializes in the treatment of addictive behaviors.

The professional will perform a full assessment and place you in a substance use disorder treatment program or MMT. If appropriate, you can benefit from the use of methadone as an opioid replacement medication in a safe and productive manner.