Vivitrol is the injectable form of naltrexone, an opioid antagonist medication that can reduce cravings and alcohol use in people recovering from alcohol use disorders.

Vivitrol is an opioid antagonist that also goes by the brand name ReVia, which is the immediate-release pill form of naltrexone.

The extended-release version allows for fewer administrations of the drug. Depending on the person, the drug may remain active for up to 30 days in its injectable form. This allows for fewer complications and is the major advantage of using Vivitrol. Users do not have to remember to take their pills in the morning. They only need to see their physician once a month for an injection.

Vivitrol and Alcohol Use Disorders

In its various forms, naltrexone is one of the few drugs that is approved for the treatment of alcohol use disorders by the Food and Drug Administration (FDA).

According To Research Studies Investigating The Use Of Naltrexone In The Treatment Of Alcohol Abuse, Vivitrol May:

The research also suggests that the use of Vivitrol or some other form of naltrexone should continue for at least three months for individuals to achieve optimal effectiveness from the drug.

What Vivitrol Will Not Do

According To The FDA And The National Institute On Alcohol Abuse And Alcoholism (NIAAA), Vivitrol Will Not:

What Vivitrol Can Do

The advantages of using Vivitrol include not having to take the drug daily. For instance, the pill form of naltrexone, ReVia, requires daily use. Another advantage is a possible reduction in alcohol cravings.

Vivitrol can be useful only if the person actually takes the drug as scheduled. Research studies investigating the effectiveness of medications used in the treatment of alcohol use disorders indicate that compliance is a major issue. People will often stop taking them when they decide they want to start drinking again. 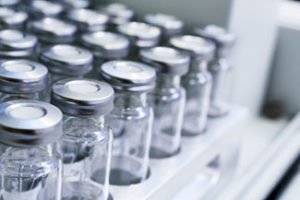 Vivitrol is most effective in lessening cravings after the person has maintained a period of abstinence. This is, most often, seven to 10 days of total abstinence from alcohol. Vivitrol is not a substitute for participation in a substance use disorder treatment program that includes therapy, peer support groups like Alcoholics Anonymous, group therapy, and professional attention to other co-occurring issues. Virtually every research study indicates that the use of naltrexone products is only effective when they are combined with other aspects of an effective substance use disorder treatment program.

Does Vivitrol Have Any Potential Side Effects?

Although every medication has a potential side effect profile, naltrexone has relatively few side effects. In fact, most people can use the drug safely while under the supervision of a physician.

According To The U.S. Food And Drug Administration (FDA), Some Of The More Common Side Effects That Might Occur With Vivitrol Are:

Can Someone Administer Vivitrol on their Own?

Letting go of complete control, particularly when one needs professional help, is something an individual in recovery must learn to do.

Prescription medications require a prescription from a physician to protect people from drugs that could be potentially dangerous. Individuals should not take Vivitrol unless they are under the care of a physician.