Can You Safely Potentiate Oxycodone?

Oxycodone is a medication in the opiate classification of drugs. It is a Schedule II controlled substance and has a high potential for misuse and abuse that can lead to serious mental or physical dependence.

The medication is used to treat moderate-to-severe pain by changing the way the brain reacts to pain and triggering the release of neurotransmitters in the brain.

Some people attempt to amplify oxycodone’s effects by potentiating it or combining it with other substances to enhance its effects. This practice is not safe.

Issues With Oxycodone Use

People who use opiates such as oxycodone can quickly develop a tolerance for the drug. This means that after continued use, the drug no longer produces the same effect. People may find they need to take higher doses or take the drug more frequently to receive the desired benefits of the medication.

Unfortunately, tolerance can quickly lead to dependency, particularly with opioids. A person then begins to experience withdrawal symptoms when they do not take the drug.

The National Institute on Drug Abuse (NIDA) reports that the misuse of prescription drugs like hydrocodone contributes to the use of illicit drugs like heroin. When people cannot obtain more of the prescription medication because of overuse or no longer being able to get a prescription, they may turn to street drugs that further their addiction and contribute to the increased risks of overdose and death.

Some people choose to manage their tolerance and/or dependency by attempting to potentiate their medication. This involves using the medication in conjunction with other substances or off-label methods to either increase the drug’s potency or speed its delivery into the bloodstream.

This enables them to continue to use the drug at current levels and receive the same benefits they are accustomed to. However, potentiation comes with its own risks, and the development of dependency remains high with prolonged use of any opiate.

How Can You Potentiate Oxycodone?

Oxycodone binds to opiate receptors and triggers a release of dopamine. This release of dopamine into the brain dulls the sensation of pain and creates feelings of euphoria. However, it can also depress the central nervous system, creating a risk of respiratory failure.

When people attempt to potentiate the drug, they may inadvertently increase the risks associated with the medication. Although you may still be taking the same dosage amount, the reaction that your body has could change, increasing the risk of overdose or other severe side effects.

Some of the ways that people potentiate oxycodone include:

Grapefruit juice blocks the enzymes responsible for metabolizing opioids, which increases the concentration of opiate available in the bloodstream and lengthens the duration of the effects of the drug. This increased amount of oxycodone in the blood can cause respiratory failure, bleeding, and death.

This is a dangerous method of potentiating oxycodone with significant risk. Research has shown that grapefruit interacts with as many as 85 known drugs and causes enhanced bioavailability of the drugs.

Other Citrus Fruits And Products

Other kinds of citrus, such as certain oranges, limes, and orange marmalade, have had a similar effect as grapefruit juice as potentiators.

This is a medication that is used to treat ulcers in the stomach and intestines that are caused by too much stomach acid. Cimetidine occupies enzymes that are responsible for metabolizing opioids, which can have the effect of potentiating oxycodone.

This medication, which is the main ingredient in Benadryl, is an antihistamine. Using this medication can increase the mood-boosting effects of opioids and may make them more effective at treating pain.

This is an herbal supplement that is often used to induce relaxation. Thus, it may be used in conjunction with oxycodone to increase its sedative effects.

This herb is sometimes used as an antidepressant. It may be used to enhance the mood-boosting effects of oxycodone.

Some people may use alternative methods of ingestion to obtain a quicker or more powerful high. These methods may include taking the pill rectally, crushing and snorting or smoking the drug, or crushing and then injecting the drug. These methods can increase the potency of the drug in the bloodstream. They can also cause a more rapid onset of withdrawal symptoms and increase the risk of addiction.

These methods of potentiation all come with risks, including acute intoxication, overdose, rapid onset of dizziness and loss of motor skills, and potentially nausea, vomiting, and death.

The individual response to these various methods of potentiation will vary, which is why experimentation with various methods can have unexpected and dangerous results. You should always discuss your dosage, tolerance, and withdrawal symptoms with your doctor to ensure that you have a safe plan to address tolerance and dependency.

Are Some Methods Safer Than Others?

The most dangerous way to potentiate oxycodone is to combine alternative ingestion methods with other substances, particularly other pharmaceuticals. Although no method is without unpredictable risks, herbal remedies taken along with prescribed doses of oxycodone may have less of a profound effect compared to injecting the drug and then also taking diphenhydramine. 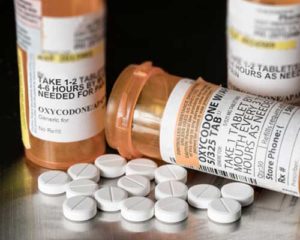 Each person’s response to the various ways of potentiation will depend on how much of the drug they have been taking, which methods of potentiation they choose, and what their individual tolerance level is to the dosages they have available to them.

Remember, anything that is done to increase potency and speed of entry into the bloodstream is going to increase the risk of dependency and addiction.

Is Overdose Possible When Using Potentiation?

Any time you use other substances or methods to increase the potency of substances you have consumed, you run the risk of accidental overdose. Overdoses happen when your body can’t process the level of substances that have been introduced into your bloodstream, and bodily functions begin to shut down.

This is a very dangerous situation and requires immediate medical attention. Opiates overdoses can be deadly.

Addiction is a medical issue, and you need medical attention to treat and recover from addiction. Opiate withdrawal is a serious matter, but doctors who specialize in addiction medicine can help you safely withdraw from opiates and manage the symptoms more comfortably.

If your opiate medication is not working as it used to, and you are considering ways to potentiate your medication to get more from the dosage you are prescribed, discuss your concerns with your prescribing physician. All misuse of prescription drugs can increase your risk for overdose or death.

Keep your safety in mind, and know that help is available.