You never thought it could happen to you, yet here we are. Unfortunately, medication prescribed by a doctor is often overlooked as causing addiction, especially a sleep aid like Zimovane, but it can happen. Zimovane addiction is a cruel reality for someone battling a sleep disorder who sought relief. Sleep disorders are severe issues that are often understated. Most of us come home after a long day and daydream about getting into our nice warm bed, but for others, that moment is dreaded because they know they’ll be staring at the ceiling all night or tossing and turning. It leads to grogginess the next day, and the individual feels as though they’re in a fog. Even worse, sleep disorders cause various issues, including health problems and cognitive issues.

If you’ve been dealing with a sleep disorder and have considered medications like Zimovane, know that you’re not alone. The U.S. Centers for Disease Control and Prevention (CDC) estimates that one-third of adults throughout the United States will not get the recommended amount of sleep tonight. The most common sleep disorder, insomnia, keep people from getting the rest they need to be productive the following day. Other sleep problems will cause them to continually wake up throughout the night and never achieve restful sleep. This can be as bad for your body as not getting any sleep.

It shouldn’t come as much of a surprise that a person will seek chemical relief as a means of treating their ailment. Sleeplessness is extremely common, and we understand why getting help to treat it is vital. Throughout the history of the United States, our scientists have experimented with a plethora of various sleep medications, ranging from barbiturates to benzodiazepines, and more recently, Z-drugs, that help you fall asleep and stay asleep. Today, there are many medications that help you achieve this. Zimovane is one of those medications prescribed to treat insomnia in the short term.

Despite its brilliance and potent ability to get you to sleep, it can become addictive. Sleep medications have a long history of undesirable side effects, including dependence, addiction, and severe withdrawals. Zimovane was produced with that in mind but still fell short and can lead to potential harm. For that reason, Zimovane addiction requires professional treatment to overcome. If you’d like to learn more about what you can do should you become addicted, please continue reading.

Zimovane is a prescription medication used to treat insomnia, which is also sometimes referred to as zopiclone. It’s classified as a Schedule IV drug by the DEA, meaning it’s only legal to have with a prescription from your doctor. It falls under a broad class of drugs known as central nervous system (CNS) depressants, shared with other downers like alcohol and opioids. Although it’s safe enough to be prescribed by a doctor, it also possesses a dark side and can lead to dependence or addiction.

Zimovane is more a modern class of medication and belongs to Z-drugs, which have a high affinity for binding to hypnotic, sleep-inducing sites on specific GABA receptors. While benzos and barbiturates bind to all GABA receptors, Z-drugs focus strictly on the ones that help you fall asleep. At first, scientists believed this would remove their addictive tendencies. However, these drugs are still abused.

Z-drugs produce similar effects to benzos but differ greatly in their chemical structure. Despite being marketed as less addictive alternatives and giving the public a false perception of what they do, studies have shown that Z-drugs are much more addictive than you might have thought. Zimovane is abused for its effects because they produce similar intoxication properties to alcohol. Dependence can occur in as little as two weeks of use. For reasons unknown to date, dependence occurs more rapidly in the elderly. If you’re concerned about Zimovane addiction, it’s important to know the signs and how to get help.

What Are the Signs of Zimovane Addiction?

When it comes to diagnosing a Zimovane addiction, you’ll endure some unique challenges. For illicit drug addiction, you’ll notice signs right away, such as sneaking out and hiding the fact they’re using the drug. Prescription medications are often different because they’re prescribed by a doctor and used for a genuine medical ailment. For that reason, the invisible line between addiction and therapeutic use is blurred, making it even more difficult to determine where you fall. If you’re trying to determine whether or not you’re becoming addicted, there are clear-cut signs to watch.

The first sign of moving further away from therapeutic use is tolerance on Zimovane, meaning the initial dose you were prescribed isn’t providing adequate relief. If this occurs, you should contact your doctor about trying a new medication. What you shouldn’t do is take more to offset these effects. It can lead to you becoming dependent on Zimovane, which is when your body adapts to the drug. You’ll notice withdrawal symptoms if you miss your dose or don’t take a high enough dose. Withdrawal symptoms are another indicator you’ve become dependent on the medication.

The following symptoms point to your dependence on Zimovane:

Addiction is the following stage after you’ve become dependent on Zimovane, requiring intensive treatment. Dependence and addiction were once believed to be interchangeable. However, that has been debunked – there are distinct differences. Addiction is characterized by the use of a drug despite the consequences. If you steal to support your Zimovane use, get caught, go out, and do the same thing despite what happened, this is a sign you’re addicted.

What is Involved in Zimovane Addiction Treatment?

Addiction is a chronic, progressive disease that can only be managed, not cured. WIth evidence-based therapies and interventions, your chances of success are significant. Addiction treatment follows a path through various levels of care that decrease in intensity as a person reaches a milestone. For example, once detox is complete, they move into another level of care, which is a significant milestone. Detox is the first and most intensive stage in the continuum of care. For depressant drugs that interfere with GABA production, withdrawal symptoms can be dangerous, so the need for it is much higher. Doctors provide medication to alleviate symptoms until the individual is stable and ready to move on. 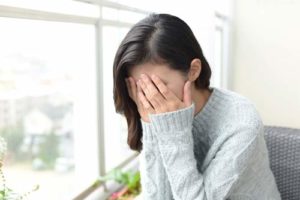 Although detox is highly effective at getting someone off Zimovane, it’s not enough to deal with their triggers and cravings. For that reason, the next level of care is necessary, which could either be an inpatient or outpatient treatment facility. Your history and severity of the addiction will determine which direction you head in after detox. However, no matter the path, you’ll be introduced to evidence-based therapies geared toward establishing tools to battle your triggers once you leave treatment. Once you complete this stage of care, you’ll move into the aftercare portion. At this point, you must attend 12-step programs and participate in sober events with your peers to manage your sobriety.

How Dangerous is Zimovane Overdose?

As you might expect from any depressant drug, it comes with potential risks when using it. Despite being marketed as a safer alternative to benzodiazepines, prolonged use of the drug can lead to dangers like an overdose. Zimovane use can lead to dizziness, drowsiness, and slowed reaction times, which are a recipe for disaster if you’re still feeling its effects the following morning and driving to work. Auto accidents and falls are some of the biggest threats when using the medication, especially when it’s abused. However, one threat you must focus on is what can happen when overdosing on Zimovane.

If you or someone you know is using Zimovane, you must pay attention to the signs of an overdose. If you believe someone has taken too much, you must call 911 immediately. Zimovane overdose can be fatal when left untreated, and the longer you wait to get help, the higher the chances are of long-term permanent damage.

Signs of a Zimovane overdose include: