Admit it: There have been times a doctor prescribed you medication, and you thought nothing bad could happen, right? If you have, don’t feel bad. Your doctor took the time to weigh out all the benefits and risks of the medication and determined the benefits outweigh the risks, at least in your case. It can be challenging for a doctor to determine if a medication they prescribe you will lead to more than therapeutic use.

A drug like Ritalin is extremely common, and many doctors use it to treat attention-deficit hyperactivity disorder (ADHD). It works well in treating the condition. However, as a stimulant drug, the risk of addiction is there, even when you follow the prescribing physician’s instructions. Ritalin addiction can become serious without treatment.

Ritalin, which is sometimes referred to as methylphenidate, is a prescription stimulant drug used to treat ADHD and narcolepsy. The medication has been around for 50 years and produced positive results in treating those with the aforementioned conditions. Ritalin was once the most commonly used medication, but other drugs like Vyvanse and Adderall have been created to treat the ailments. Although Ritalin use is less likely to end up in addiction than the more potent stimulant Adderall, misuse and abuse of it are common on college campuses, leading to dependence and addiction.

College students commonly misuse Ritalin for a performance-enhancing boost during finals. Many students who might have been prescribed the drug when they were younger but grew out of their ADHD may still have a prescription but see no use for the extra medication. In turn, they take the prescription drug and sell it to peers on campus, who are willing to spend a lot of money to get good grades. As a stimulant, Ritalin can enhance your ability to study, stay awake longer, and focus. However, this is dangerous because the individual using it without a prescription will likely use more than a doctor would have prescribed. Your physician takes your weight, height, and background into consideration, so using it outside of a medical professional’s guidance can be fatal.

Although Ritalin is an effective medication for those struggling with any of the conditions we’ve listed, misuse and abuse of the drug can lead to adverse effects that are detrimental to your health and well-being. If you’ve developed an addiction and cannot slow down or stop altogether, Summit Behavioral Health wants to help. If you’re unaware of how the process works, let us explain it in-depth below.

Ritalin is the complete opposite of a benzodiazepine and produces different effects. While benzodiazepines are central nervous system (CNS) depressants, Ritalin is a central nervous system stimulant drug that boosts the levels of the two neurotransmitters, norepinephrine and dopamine. Similar to other stimulants like Adderall, it increases the activity of dopamine in the brain. Medications that contain amphetamine stimulate the release of dopamine, while Ritalin blocks the transporters that reuptake dopamine into the neuron that releases it, allowing them to build up inside the synapses in the brain.

Once you ingest Ritalin and it enters into the bloodstream, the drug increases norepinephrine and speeds up brain activity. It results in the individual becoming more focused and alert. The extra dopamine boost will cause the person to experience euphoria to reward to motivate the brain’s focus. As a result, those with ADHD and low levels of dopamine will focus on the task at hand, making it much easier. Those who take the drug and have no pre-existing condition like ADHD will experience a boost of energy and overwhelming euphoria. Unfortunately, this is the feeling they can become addicted to and chase.

When ingested, Ritalin provides immediate relief to those with any of these ailments. When it’s misused and consumed in a way that is not recommended, such as crushing the pill and snorting it, you’ll notice effects similar to cocaine. When taken in any way other than how your doctor recommends, your odds of overdosing increase dramatically.

What Are the Signs of Ritalin Addiction?

When it comes to prescription medication, determining one has developed an addiction is more of a challenge. When you take illicit drugs, the act of going out and purchasing them from the black market or dark web indicates you’ve developed a substance use disorder (SUD). This is evident by the fact that you’re willing to take the risk and buy drugs illegally.

When you’re prescribed medication for a condition your doctor diagnosed, it becomes much more difficult. However, if you have a prescription for the medication, there are signs that you’ve gone past therapeutic use and have become addicted. For example, when you take more than prescribed more often than you should, it’s considered misuse, meaning you’re in the stages of developing the disorder.

Many of us believe that Ritalin addiction can’t and won’t happen to us. Addiction is only something we see on TV or hear about on the news, right? Wrong. Recent data from the U.S. Centers for Disease Control and Prevention (CDC) shows that 100,306 people lost their lives because of drug overdoses in 2021. Unfortunately, it’s more widespread than we’d like to admit. Addiction doesn’t discriminate. You can be rich or poor, and no matter your ethnicity, you’re prone to addiction if you use drugs, even when used as prescribed.

So, what are the signs of Ritalin addiction? They are:

If you’ve personally dealt with any of the symptoms we’ve listed above or seen it in someone else, it’s time to consider treatment. When 100,000 people die in a single year because of drug abuse, it’s a sign that you should take the necessary step to get help and avoid becoming a statistic. Your life is valuable, and one way to honor it is by getting sober.

What Is Involved in Ritalin Addiction Treatment? 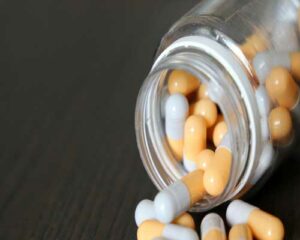 When it comes to treating alcohol or benzodiazepine addiction, going through medical detox is important because of the potentially dangerous withdrawal symptoms. Fortunately, stimulant withdrawal doesn’t produce the same deadly symptoms.

However, the depression one could face is enough to push someone to harm themselves, meaning medical detox is crucial. When you enter detox, you may be given medication to help deal with your depression symptoms as you are monitored around the clock. Once you’re medically cleared, you’ll move into the next stage of care. Depending on the severity of your addiction or if you abuse other drugs with Ritalin, it could mean inpatient or outpatient care.

Those with mental health conditions, a history of relapse, or an unsafe living environment are better suited to live on-site, where they can put a wall between themselves and their triggers. If you’re someone with a supportive home environment and need extra help to stop using more than the prescribed amount of Ritalin, outpatient care is the better choice.

No matter the path you take, you’ll go through rigorous therapy that helps you understand your addiction and how to safeguard your sobriety when you leave. You’ll go through a combination of individual therapy, group therapy, and cognitive behavioral therapy (CBT), among others. Once complete, Summit Behavioral Health will get you in touch with other alumni and help you find 12-step programs to safeguard your sobriety. Aftercare is as important as the treatment itself since addiction is a lifelong condition that requires management.

How Dangerous Is a Ritalin Overdose?

Overdosing on any drug is dangerous. One problem that a person using Ritalin runs into is using more than one drug at a time. It’s common to take stimulants and drink alcohol. When you do this, the depressant properties wash out the stimulant properties, leading you to drink more alcohol or take more Ritalin.

Even if you’re taking the drug alone, using too much can cause a potentially fatal overdose. If you or someone you know exhibits the following symptoms, you must call 911 right away. The longer you wait, the higher the odds are of lasting damage or death because of a Ritalin overdose.

These are the signs you must pay attention to if you or someone you know uses Ritalin: