Although anxiety is a naturally occurring response to negative stimuli, it doesn’t make it any less serious. Yes, having the jitters before a first date or taking a final exam will warrant some anxiety, which is exactly what you’d expect. However, anxiety disorders will cause you to experience this sometimes debilitating feeling regularly, leading to significant challenges in your day-to-day routine.

Anxiety disorders are the most common and pervasive mental illness and affect a vast majority of the United States population. You might have heard to “shake it off” or “get over it,” but someone with anxiety can’t simply move past it. The condition can be debilitating, and in some cases, severe.

These figures paint a dark picture of the need for treatment. You might have tried yoga, breathing exercises, going to the gym, or one of the other various natural methods available to combat an anxiety disorder. But for those with severe anxiety, it may warrant something more potent like anxiety medication. One such drug that doctors have found real success with battling anxiety is estazolam, a central nervous system (CNS) depressant belonging to the benzodiazepine family.

Estazolam is a medication that also treats insomnia and epilepsy. Benzodiazepine drugs were introduced to the public in the 1960s as an 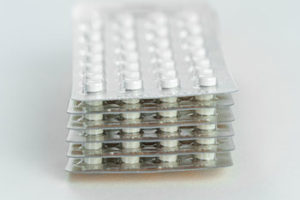 alternative to more dangerous barbiturate drugs. When they were first made available to the public with a prescription, it was highly sought out for its effects. By the 1970s, estazolam was the most popular prescription in the world. Despite its ability to treat these serious conditions, it does have a dark side. The drug can lead to tolerance and dependency, leading to severe and sometimes fatal withdrawal symptoms and a substance use disorder (SUD).

Benzodiazepines aren’t typically prescribed for use longer than a few weeks because of how quickly our bodies adjust to their presence in the system. Benzodiazepines can lead to dependency in as little as two weeks, and doctors will advise against using them for any longer. Of course, in severe cases, a doctor will monitor your intake and keep you on the lowest possible therapeutic dose, but there is always risk involved with this medication.

Once your body adapts to estazolam in its system after prolonged use or substantial doses, your brain chemistry balances around the drug. For example, estazolam causes the body to produce gamma-Aminobutyric acid (GABA) and relies on it for production. When you stop taking the medication, your body won’t produce GABA on its own without the medicine, leading to withdrawal symptoms.

What Are Estazolam Withdrawal Symptoms?

Withdrawal symptoms will depend on various factors, one being the rate at which you quit. If you stop all at once, often referred to as “cold turkey,” after you’ve become chemically dependent on the drug, it can lead to the most severe withdrawal symptoms, which can cause seizures and be life-threatening.

If this isn’t the first time you’ve gone through depressant withdrawal, you may experience more intense symptoms than if it was your first time. If you’ve experienced alcohol, opioid, or benzo withdrawals in the past, you’ll likely encounter something called “kindling,” which is lasting changes in the brain that make withdrawal even more severe.

If you’ve discontinued your estazolam use without tapering, you can expect to feel some or all of the following symptoms:

Stages Of The Estazolam Withdrawal Timeline

Just like the symptoms, the stages of estazolam withdrawal will vary from one person to another. The following is a generalized timeline to give the person going through this stage an idea of what to expect. Keep in mind, the size of your last dose, how long you’ve taken estazolam, if you abuse other drugs in conjunction with estazolam, how you stop, and the size of your standard dose will all play a role in how long or severe the symptoms will be.

The short answer to this question is a resounding yes. Detoxing from any drugs can be an unpredictable experience you may not be equipped to handle alone or even with others not trained in the medical field. Seizures can be fatal if not treated. Being under the care of medical professionals will provide you with access to medications that prevent seizures or other medical conditions from happening.

Medical detox is considered the highest level of care in the continuum of care that involves around-the-clock medical treatment. Although not all substance use disorders will require detox, it’s vital that someone going through benzo withdrawal gets the help they need, especially if you have a medical condition that requires ongoing care.

While detox is considered perhaps the most crucial step in the continuum of care, it’s not nearly enough to help someone achieve meaningful and long-term sobriety. You might ask yourself why, and it’s because the objective of detox isn’t to get to the root of what caused your addiction; rather, it’s designed to deliver you to the next step safely and without any traces of drugs or alcohol in your system.

A person who goes through detox will achieve their goal of sobriety. However, they’ll soon succumb to the intense and debilitating anxiety or drug cravings that follow and could relapse. A person who relapses after their tolerance has been reduced can also be deadly. So, what’s the next step?

What Are The Next Treatment Steps?

As was described above, a stint in detox will be wasted if you don’t follow up on your care. Yes, detox is challenging, possibly the most difficult stage in this process. With that said, it’ll be a complete waste of your time not completing the continuum of care.

During your time in detox, clinicians will assess your state to determine where you’ll need to go. If it’s your first time in treatment and you’ve followed your doctor’s guidance, you might be able to be placed in a lesser intensive outpatient treatment setting where you’ll attend therapy regularly and go home after.

However, a more intensive inpatient treatment setting will be ideal for a person with a history of relapse or who used other drugs in conjunction with estazolam. You will live on-site for up to 90 days and surround yourself with medical professionals and peers on the same journey as you.