Do you constantly find yourself feeling exhausted throughout the day, and when you reach the pillow, you’re wide awake and dealing with racing thoughts? Well, you’re not alone, and what you’re experiencing is a common condition that affects millions of people each year. In fact, according to the Sleeping Association Organization, anywhere from 50 to 70 million adults in the United States struggle with some type of sleep disorder annually.

Not being able to sleep on occasion is completely normal. Maybe you’re stressed out by a presentation at work or school the next day, or you’re going through a breakup or recently lost a loved one. Occasional sleeplessness isn’t seen as a significant problem but more like an annoyance that leaves you dragging the following day. In most cases, you’ll be so tired the next night you have no trouble falling asleep, but for others? That’s not the case.

Imagine being so tired after a night of not sleeping and then staring at the ceiling with your racing thoughts, which is a less elegant description of insomnia. WebMD’s more formal definition describes insomnia as a sleep disorder that causes problems falling asleep or staying asleep. In some cases, chronic insomnia can occur three nights a week or more for longer than three months.

So, what do you do when all else fails? If you’ve visited your doctor seeking more natural remedies to combat your insomnia to no avail, they’ll likely suggest sleep medication. While doctors may default to Z-drugs like Ambien for insomnia treatment, others might opt for a more potent benzodiazepine drug like Halcion if it’s severe enough. Halcion is a central nervous system (CNS) depressant used for its short-acting effects to treat sleep disorders like insomnia.

Nearly 30 percent of adults experience the problem, with another 10 percent reporting chronic insomnia. Not only is this an annoyance that leads to longer days that follow sleepless nights, but it can be extremely dangerous.

Drowsy driving can be deadly, and consecutive nights without sleep can be fatal if you get behind the wheel or operate heavy machinery. Fortunately, drugs like Halcion are extremely useful in battling the disorder. However, the drug causes euphoria and other symptoms that make it likely to be abused, and even worse, can cause severe withdrawal symptoms upon cessation.

Benzodiazepine drugs like Halcion are not typically prescribed for more than two weeks at a time because tolerance can develop quickly. Those who do fall victim to Halcion addiction will become psychologically attached to the drug and act in a manner that doesn’t reflect who they are. This means they could steal, buy pills off the street, or “doctor shop,” which is the act of visiting multiple doctors to obtain more than one prescription.

Doctors will try to avoid using Halcion to treat insomnia by any means necessary because of the likelihood of addiction and withdrawal symptoms. Still, in severe cases, it might be the last option. Dr. Brandon Peters from Verywell Health explains how Halcion helps us sleep and why withdrawal symptoms occur.

Benzos bind with gamma-Aminobutyric acid (GABA) receptors in our brain and slow brain activity, resulting in sleep. Prolonged usage of the medication causes the brain to adapt to its presence, and the natural response is called physical dependency.

Tolerance to Halcion indicates that you’ve become physically dependent on the medication. The body will need more and more of the drug to feel the euphoric effects present when you started using the drug. It’s vital to mention that someone physically dependent on Halcion hasn’t necessarily developed a substance use disorder (SUD). However, it does indicate they’re taking the path toward addiction.

The Signs And Symptoms Of Halcion Withdrawal

Tolerance is one of the key indicators of physical dependence and addiction, which indicates a person will experience withdrawal upon cessation from Halcion. Withdrawal is a process that occurs when someone cuts back their dose or stops altogether. Withdrawal symptoms will be much more severe when someone stops abruptly, especially in the case of benzodiazepines.

Doctors will first advise a person to go to medical detox for professional help, but if they decline, tapering off the drug will be the next best and safe option. There are many reasons why someone going through Halcion withdrawal should seek immediate medical attention. According to the Diagnostic and Statistical Manual of Mental Disorders, the term sedative use disorder is used to describe addiction to this type of medication.

Addictive behaviors indicate the relationship between a person and the drug has shifted beyond its therapeutic properties. In most cases, the person has become addicted to its side effects caused by abusing Halcion because it allows them to be free of their inhibitions, anxiety, feel sedated, and experience euphoria.

Not only will Halcion eventually cause dangerous side effects, but it can cause a person to blackout and lose their memory for several hours when under the influence. When a person has no control over their actions, it can have fatal outcomes. While blackouts aren’t extremely common, the manufacturers of Halcion include a warning about this side effect.

Those who have been prescribed Halcion for sleep disorders described engaging in driving a car, eating, going out, bathing, and having conversations they have zero recollection of happening. At this stage, whether they’re addicted or not, many find the risks don’t outweigh the benefits.

The most common Halcion withdrawal symptoms include the following:

The severity of these symptoms is dependent on the volume of use, how long a person used Halcion, the size of the last dose, personal physiological factors, and whether or not the individual has a support system in place. Unfortunately, there’s no way to determine how severe withdrawal will be, and because of how unpredictable it can be, medical detox is your best option to control your outcome.

How Long Do Symptoms Last?

When you compare Halcion to other benzos, Halcion’s half-life is much shorter, meaning it leaves the body sooner. Because of its short half-life, it’s an ideal choice for insomnia treatment. However, someone who’s heavily dependent on Halcion can develop withdrawal symptoms sooner after their last dose than other longer-acting benzos. 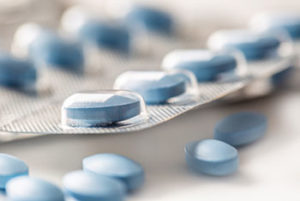 A person can experience their first symptoms anywhere from six to eight hours after their last dose, and acute withdrawal can range from three to five days. You can expect the most severe symptoms, or the peak, to happen on the second day.

Unfortunately, this is a general timeline, and symptoms will vary from one person to another. However, if the symptoms persist longer than a few weeks, the person may have developed post-acute withdrawal syndrome (PAWS), which is when symptoms last months or even a year after substance use has stopped. In some cases, it can be severe enough to push the person to relapse. If you’re experiencing symptoms weeks after you stop using Halcion, you must alert your primary care physicians.

Symptoms attributed to post-acute withdrawal syndrome include the following:

What Is The Safest Way To Detox?

As we mentioned above, seeking professional medical care for Halcion withdrawal will be the safest choice. Since withdrawal is unpredictable and sometimes dangerous, having the ability to be surrounded by a team of dedicated addiction specialists will mitigate danger and reduce the chances of developing severe symptoms. During detox, medical professionals will administer medication under their supervision to alleviate symptoms and get through the process as quickly and efficiently as possible.

While detox is an extremely important part of the process, it’s not enough to achieve long-term sobriety. As we discussed above, post-acute withdrawal syndrome can persist for several months or even years after cessation, meaning that addiction treatment can help prepare you for this and fight back cravings you’ll experience.

Depending on the severity of the addiction, it could mean doing these types of therapy sessions in a residential treatment facility or an outpatient facility where you can go home once they’re complete.

Either way, knowing you’re getting the right help and you’re on the road to recovery can lift a huge weight off your shoulders. You don’t have to struggle another day with Halcion addiction, and help is available today.