Princeton Junction is a small community near Princeton University in New Jersey. Like the rest of the country, the city is vulnerable to addiction and substance use issues, and the state has been hit hard by the opioid epidemic.

While heroin and opioid addiction are receiving a lot of the focus in the fight against addiction, alcohol is one of the most common substances of abuse in the United States. It is estimated that it contributes to 88,000 deaths each year in the country. Alcohol-related deaths can involve alcohol poisoning, alcohol-related long-term health problems, and automobile accidents. Learn more about the need for addiction treatment and alcohol rehab in Princeton Junction.

Alcohol use is widespread in the United States. Because of its cultural acceptance and the fact that it’s free and legal for adults of legal age to buy, most people have tried it at least once. The 2018 National Survey on Drug Use and Health found that 86 percent of people drank alcohol at least once before, which is much more than most other recreational substances.

Binge drinking is often the cause of alcohol use problems, along with long-term alcohol abuse, and early exposure to alcohol. Binge drinking usually means drinking four alcoholic drinks for women and five for men within a two-hour period. In 2018, more than 26 percent of adults reported binge drinking in the past month.

In Mercer County, where Princeton Junction is located, alcohol is the second most common primary drug of abuse for people who enter addiction treatment programs after heroin. 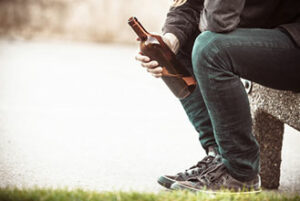 Opioids like heroin aren’t completely unrelated to the alcohol problem in New Jersey. Alcohol is often present where opioids and other recreational drugs are used. However, when they’re mixed, they can easily lead to a dangerous overdose. Alcohol can be potentiated with opioids and other depressants like benzodiazepines. Alcohol can also be dangerous when mixed with stimulants like cocaine or meth. Alcohol can dull the effects of stimulants and vice versa, leading people to take heavier doses than they can handle.

New Jersey has taken action to fight addiction and substance use problems in light of the opioid epidemic. However, many of their efforts seek to create solutions to fight addiction in general. In 2018, the state’s government created a new office called the New Jersey Coordinator of Addiction Response and Enforcement Strategies (NJ CARES).

Addiction is a serious disease that affects the reward center of the brain. It is a progressive condition, which means it can worsen over time if it’s not effectively treated. Alcohol is one of the most common substances that cause people to seek addiction treatment, and alcoholism can be effectively addressed in the right rehab program.

Alcohol rehab involves a complex process that addresses substance abuse, along with other underlying issues. Alcohol addiction can accompany mental health issues and medical problems that are caused by addiction or contribute to it. Effective treatment will take a multidisciplinary approach to treatment.

When you enter alcohol rehab, you should meet with medical and clinical professionals who work to create a personalized treatment plan that speaks to your needs.