Elizabeth, New Jersey is home to industrial and manufacturing companies serving as a significant hub 12 miles from New York City. The city lies in the northeastern part of the state in Union County. It’s the fourth largest city in the state, and it was founded in the mid-1600s.

You don’t have to fall victim to alcohol addiction if you get help today. Alcohol rehab in Elizabeth, New Jersey, can be the difference between life or death. Continue reading if you’d like to learn more about statistics and the benefits of treatment.

A report released by America Health Rankings in 2019 showed that 20 percent of adults in the state of New Jersey indulged in chronic drinking, which is 15 or more drinks per week for men, and eight or more for women. 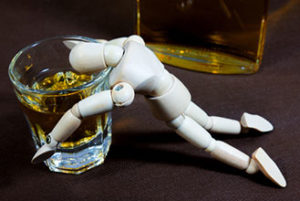 New Jersey contains 21 counties, of which Union County experienced a high admission rate into treatment for alcohol abuse. In 2018, 1,162 people entered alcohol rehab in the county, which breaks down to five percent of all admissions into treatment. At that same time, an estimated 25,069 of the total people entering rehab in the state were for alcohol. Alcohol abuse is a problem in Elizabeth, New Jersey, that is growing. Fortunately, more people are coming forward for the help they need.

Alcohol is the second leading reason for entering addiction treatment in New Jersey, which falls behind heroin and other opioids. It’s a growing threat in the United States, and alcohol’s legality adds to this issue. An estimated 88,000 lives are lost each year because of alcohol throughout the country and cost $249 billion annually. Alcohol, at its worst, causes mass loss of life.

When you examine the statistics, it’s evident that alcohol is causing serious problems nationwide. Alcohol use disorders exist when drinking starts to interfere with daily routines or when someone loses control of their drinking. If you begin to experience alcohol withdrawals because you haven’t had a drink, it’s another sign you’re facing an uphill battle.

Fortunately, addiction treatment exists and can be your path to achieving long-lasting sobriety. For alcohol rehab in Elizabeth, New Jersey, to be effective, it must address psychological, socioeconomic, and physical causes that pertain to addiction. The treatment plan should be tailored to fit your specific needs and adjusted when they change.

You must also keep in mind that during the recovery process, it’s common for the individual to relapse. However, you must remember that it is part of the process, and you should never feel like you’ve failed. You must view relapse as an opportunity to adjust your program and look at what you’ve done right to this point.