Opioids have a long history of managing pain that helps a person live their life. When prescribed by a doctor, it may be long-term or short-term, depending on the severity of the injury. In some cases, a patient may be bound to opioids for the rest of their lives. The most commonly known prescription opioids include hydrocodone, codeine, morphine, oxycodone, and hydromorphone. Another less widely prescribed drug is fentanyl, which is used in severe cases when the other opioids we mentioned above are not effective.

Unfortunately, when the government tightened restrictions for prescription opioids, many people who had become addicted to the medication moved to heroin, which is an illicit opioid costing less than prescription opioids. While heroin is extremely dangerous, in the past several years, we’ve witnessed an uptick in cases where fentanyl was added to increase drug dealers’ profits and boost the batch’s potency. It has led to overdoses of epidemic proportions.

Even when used as prescribed or those who consume illicit opioids, it doesn’t take an extraordinary amount of time to become tolerant of the drugs. Shortly after someone starts using, they’ll find themselves needing more and more to achieve the desired effect. When this happens, the individual is on their way to developing an opioid use disorder or addiction.

Opioid addiction has become an international disaster, and countries worldwide are reporting constant increases in new users and deaths. Unfortunately, the state of New York has not been spared the grief of this disaster. Opioid treatment in New York has become a highly sought out commodity to treat this affliction.

If you’ve reached your breaking point and are ready to get on the path to a better life, opioid treatment in New York can help. Continue reading to understand better how you can change your life with a single phone call.

New York is home to some of the most influential people in the United States, but in recent years, opioid users have littered the streets. New York City is home to one of the largest ports in the country, where many drugs make their first stop. The Drug Enforcement Administration (DEA) ranked New York City as one of the significant entries for cocaine in 2018, while heroin also ranked highly on the list. Fentanyl is slowly creeping up on the list.

While the United States is among the world’s most well-known countries, New York may be one of the most influential states internationally. With cities like “The Big Apple,” the culture has a significant influence on other continents on the globe. Unfortunately, with its substantial population, New York has been decimated by opioid consumption. According to the National Institute on Drug Abuse (NIDA), New York State witnessed 2,991 opioid overdose deaths in 2018 compared to 2,166 in 2015.

Deaths in the state involving fentanyl remained steady, adding an additional 2,195 deaths in 2018, while heroin and prescription opioids contributed to 1,243 deaths. In the same year, the number of prescription opioids dispensed by providers emerged as one of the lowest in the country. The national average is 51.4 per 100 persons, while New York only prescribed 34 per 100 persons.

Although withdrawing from opioid drugs is not life-threatening, it’s an exhausting process that most will fail by foregoing alone. It’s easy to mistake withdrawal symptoms for the flu and experience symptoms like vomiting, nausea, and diarrhea. You may experience unusual sweating, dehydration, and a low-grade fever. One aspect of opioid withdrawal that could present dangers is dehydration, which requires immediate medical attention. In some cases, the individual may not hold down liquids due to vomiting or diarrhea, which requires an IV. 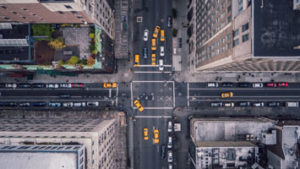 Someone who commits to getting the help they need will find themselves in medical detox as their first stop. It’s a process where medical professionals oversee your progress and provide you with medicine, fluids, or lend support during this uncomfortable period. You must seek help when overcoming potent opioid drugs, and will likely determine your long-term fate.

Once you complete detox and the detox team deems you safe, you’ll be moved into the next level of care. Opioid treatment in New York offers various levels of care, and if it’s your first time in treatment, you pose no risks, and you’re still working, you might be a candidate for less intensive care. If you’re someone who has relapsed several times, you may find better opportunities in a more intensive residential environment. Only licensed and trained professionals can make these decisions.

If you’re ready to change your life, opioid treatment in New York may be your last chance. It’s time to reach out and get the help you need today before it’s too late. You deserve to live the life you’ve always dreamed of having.