What Happens When You Snort or Shoot Oxycodone?

Snorting or shooting oxycodone can increase the risk of overdose and dangerous side effects.

When you snort or inject the drug, it reaches the brain much more quickly. This intensifies the high, but it can also lead to more serious health risks.

The Pull of Oxycodone Abuse

Oxycodone is an opioid similar to heroin, except it is available via a prescription from a doctor. More than 150,000 emergency room visits were associated with this drug in 2011.

People abuse this drug to experience its calming and euphoric effects. The effects occur when people take it orally, but snorting and injecting this drug causes the impact to happen faster. This is why people are using these alternative administration methods for this drug.

There are immediate-release and extended-release forms of this drug available. People abuse both types. Crushing and then snorting or shooting the extended-release pills carries more risks since the entire dose of the drug, which is intended to be released over many hours, is released into the body at once.

Oxycodone produces its effects by attaching to opioid receptors in the body.

In addition to euphoria, other side effects may include the following:

Snorting the drug produces the pleasurable effects faster compared to taking oxycodone orally. When someone snorts this drug, they first crush up the pills until they are a fine powder.

There are blood vessels in the nose that the powder gets into when someone snorts oxycodone. This causes the drug to get into the heart where it then travels into the lungs and then to the rest of the body.

Snorting drugs can lead to nasal lining inflammation, lung infections, and respiratory tract and nasal airway blockages. These structures of the body are not meant to handle particle materials on a regular basis, so the tissues react and can cause symptoms due to the damage they experience.

The following are possible when someone is snorting oxycodone:

The more often someone is snorting oxycodone, the higher the chances of these problems. As someone continues to snort the drug, these problems can become worse over time.

Even after stopping the practice, it is possible for some of the problems to linger due to the damage caused. Some of the effects may be permanent.

When someone injects oxycodone, the drug gets to the brain faster, so the effects people seek happen quicker. The results may also feel enhanced when injecting the drug.

To inject it, people crush up the pills and mix them with water, making a liquid solution. Most people use the immediate-release version of this drug when they are injecting it. However, an article in 2016 reported that about 24 percent of people also used the extended-release type for injection. They were able to overcome the tamper-resistance of the pills.

When someone injects drugs, there are certain health issues that can occur.

Injecting or snorting oxycodone increases the risk of overdose. The following symptoms are possible: 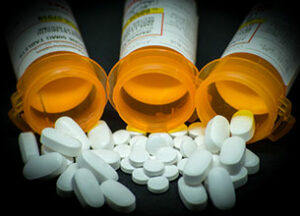 An overdose is a medical emergency. When left untreated, it can result in death or permanent brain damage. The risk of these complications increases with higher doses.

A person is at a higher risk for overdose if they are using oxycodone with other substances. This is most likely when taking other opioids or drugs that suppress the central nervous system, such as alcohol or benzodiazepines.

When snorting or injecting this drug, it can be more difficult to control the dosage. This can result in someone taking more oxycodone than they intend, which could result in an overdose.

The effects may not last as long with snorting or injecting.

This can also cause people to take more of the drug than they would when taking or orally.

This kind of binge use puts them at a higher risk of overdose.

There is no safe way to inject or snort oxycodone.

Any use of oxycodone that is not supervised by a doctor can be hazardous, but using the drug via these methods is particularly dangerous.